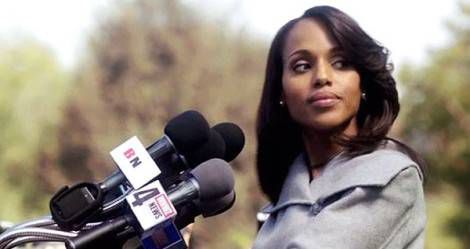 This is a guest post from Chelsea A. Hensley. Chelsea is a writer from St. Louis. She loves chocolate chip cookies, puppies and her Kindle. She often talks too much. You can follow her on Twitter @ChelseaBigBang. 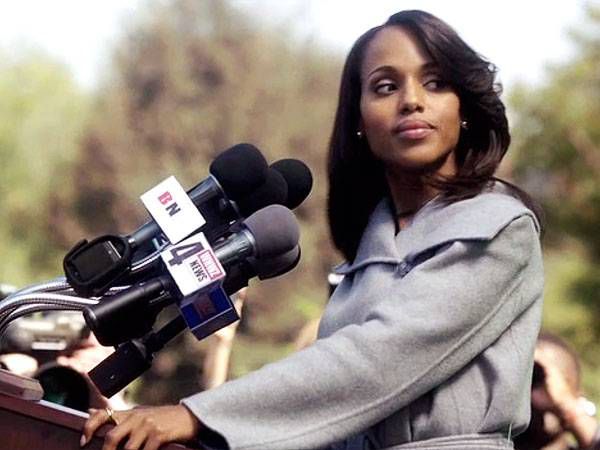 Over the past five years we’ve watched Olivia Pope solve problem after problem, steal presidential elections, cover up murders, carry on a secret love affair with the President of the United States, engage in cold warfare with her father, and she does all this while rocking an impeccable wardrobe. But does she read? She picked up Gillian Flynn’s Gone Girl that one time but did she ever finish it? Does she plan on reading anything else? If so, I’ve got some suggestions for her. These books are for the politically-minded woman looking for something to do besides sneak off for uncomfortable sexual liaisons with her ex, for the woman locked in a perpetual battle of wills with her walking monologue of a father, for the woman who once called herself a hero but can’t help veering over to the dark side.

There’s an episode in season two in which Olivia and Cyrus Beene gaze upon the White House portrait of Alexander Hamilton, reflecting upon his great political mind and the tragedy of his never becoming president. Cyrus was more excited about Hamilton than Olivia but she would love Alexander Hamilton, Ron Chernow’s one-of-a-kind biography. Hamilton and Olivia have quite a bit in common: a thirst for upward mobility, a hand in all the country’s greatest triumphs, and sex scandals that completely inhibited their ability to rise to the most powerful, and most coveted, political position in America. Chernow gifts Hamilton with all the analysis and nuance not always afforded to him in life, painting a picture of a compelling, admirable and human man. Like Alexander Hamilton, Olivia Pope will never be president, and that fact alone may make Alexander Hamilton a bittersweet read for her. It may not even do anything to teach her the value of controlling her worst impulses, but at 800+ pages it will give her something to do other than watch her superspy ex-boyfriend have sex with other women.

Danielle Evans’ collection of short stories Before You Suffocate Your Own Fool Self opens with, and takes it title from, a verse from Donna Kate Rushin: “I am sick / Of having to remind you / To breathe / Before you suffocate / Your own fool self”. Evans’ characters flirt with notions of dissatisfaction and contentment, knowing what should happen and what they’ll do instead even if it means edging their lives toward complete derailment. There’s no one closer to self-ruination than Olivia Pope, constantly walking a line between heroism and villainy, and she’ll feel right at home reading about Evans’ beautifully complex characters. Evans weaves incredible, thought-provoking stories around them, mostly black women, in danger of dooming themselves in their attempts to subvert expectations and break their own bad habits. A teenage girl’s ascent to womanhood begins to change the way she relates to those around her, a biracial girl spends an awful summer with her white grandmother and cousin, a woman locked in a cyclical relationship with a soon-to-be-married ex reluctantly takes her younger cousin with her on a trip to visit him. In Evans’ stories one can glimpse herself, people she’s known and people she wishes she’d never met, and her poignant writing offers perspective for all of us who need to get our lives together.

It’s very possible Olivia’s already picked up What Will It Take to Make A Woman President?: Conversations About Women, Leadership and Power by Marianne Schnall, but considering all the time she spent getting and keeping an incompetent manchild in office, I’m gonna guess she didn’t have a lot of time to read about making a qualified woman president. The time is just right though, if she’s serious about putting Mellie Grant in the Oval Office. Better late than never, Olivia! Schnall’s book is a collection of interviews with women leaders (and the occasional man) including Melissa Harris-Perry, Maya Angelou, Gloria Steinem and Anita Hill all answering the question “What will it take to make a woman president?” It’s a page turner even for the less politically inclined with an impressive amount of people included: politicians, advocates, actors, businesswomen. All bring their own nuances and subtleties to the question of gender and power. With the diversity of opinion Schnall’s gathered, there’s plenty to think about, agree with and argue against. In the Scandal-verse, Olivia would surely be hit up to participate in a project like this one, but she can only benefit from this exploration of one of the most obvious political and social questions of our age.

Olivia Pope is a powerhouse woman, written by another powerhouse woman, who was influenced by the career of yet another powerhouse woman. Every wannabe powerhouse woman, and everyone else on the planet Earth, would benefit from cracking open Year of Yes: How to Dance It Out, Stand in the Sun and Be Your Own Person by Scandal creator and screenwriter Shonda Rhimes. Rhimes employs her customary fast talking, dramatic one-liners and memorable throwbacks to her multiple hit series as she reflects upon a year of saying yes to once-feared opportunities. Incredibly inspiring and incredibly fun, Year of Yes is a must read for anyone looking to make the most of their life and roll with the revelations about their career, friendships, marriage and children. Rhimes’ conversational style makes you feel as if she’s speaking to you as a friend, and Olivia Pope is sorely in need of black woman friends to help her break out of her endless cycle of doing the wrong things and helping the wrong people.