There is a lot the Republican nominee for President doesn’t know. Way more things than could fit on this–-or any–-list. But if he’s going to make an attempt at being a not completely horrible human being, here are a few books that Secretary Clinton’s opponent would do well to pick up.

It makes me cringe to think about this gorgeous novel in Trump’s tiny, orange hands but there’s so much he could learn from Americanah. Adichie explores issues of race, class, and humanity with humor and compassion. Sorely lacking in a compassionate or nuanced view of, well, anything, Americanah would be a great place for DJT to start.

ack Rooms: Voices from the Illegal Abortion Era by Ellen Messer and Kathryn E. May

Trump’s rhetoric around abortion is the same as it is around most issues: inflammatory and ignorant. If he’s going to insist on talking about that which he understands little (as evidenced by his brutally misleading description of third-trimester abortion), he should at least understand the dangers posed by his reckless words.

e World and Me by Ta-Nehisi Coates

Few public figures espouse more ignorance about race than Donald Trump. Let’s remember that the Republican nominee for President is a man who answered a question about racism by praising “stop-and-frisk” policing. Yes, he argues that we should address racism by doing more of the thing that is so racist, it’s been ruled unconstitutional. Good plan. Anyway, Donny Boy, read this book. Then read it again. Then take out a full-page ad in the Daily News explaining why you suck.

ond Fundamentalism: Confronting Religious Extremism in the Age of Globalization by Reza Aslan

It’s become clear over the course of the election that Trump thinks if he says the phrase “radical Islamic terrorism” enough times, ISIS will magically disappear. While (hopefully) the majority of people voting in this election realize the situation is far more complicated than that, few people can articulate the roots of religious extremism and jihadism better than Reza Aslan. The book was published in 2010, so it’s not as current as some analyses but if the Republican nominee for president read even a single chapter in this book, he would walk away about 300% more informed than he is now.

w Why the Caged Bird Sings by Maya Angelou

Everything on this reading list comes down to the same truth: there is so much Donald Trump doesn’t know. His life experience is one of exclusivity and privilege, and he’s never exhibited a desire to broaden his perspective. If DJT had one ounce of the strength, grace, and beauty Maya Angelou does, the prospect of his presidency wouldn’t be so terrifying. Alas, instead of learning from the life experience of the great writer, Trump’s penchant for plagiarism probably means we should expect “I Know Why the Orange Beast Squawks (Because his Squawk is Tremendous)” next fall.

Trump’s delusional insistence on “the Wall” serves as a prime example of how little he understands immigration, the reality of the border, and basic humanity. Hopefully this fantastic book will provide him with a sliver of insight on his slow, whiny, slither to the bottom.

Elements of Style by Strunk and White

Listening to Trump talk or reading something he’s written always makes me wonder: did I accidentally eat a pot brownie? I know he’s using words in the English language, but taken together it’s often utter nonsense. For someone whose entire campaign has been a xenophobic, nationalistic, circle-jerk he really seems to hate the English language. Bottom line? DJT needs help with the fundamentals. Allow Strunk and White to assist.

“Empathy requires knowing you know nothing. Empathy means acknowledging a horizon of context that extends perpetually beyond what you can see.”

How Not to Be a Dick: An Everyday Etiquette Guide by Meghan Doherty

Literally everything Lorde discusses in Sister Outsider (or anywhere, for that matter) will make Baby Hands uncomfortable, and that’s precisely why he needs to read it. Because his version of “locker room talk” is not a “boys-will-be-boys thing,” it’s a sexual assault thing. The woman who wrote, “rape is not aggressive sexuality, it is sexualized aggression” could certainly teach Trump a thing or two.

The Sneetches by Dr. Seuss

YAY! Pictures! Are you feeling more comfortable now, Star-Belly Trump? Well, don’t get too excited. Dr. Seuss is about to make it very clear how all of the power structures you hold dear are, to put it mildly, bullshit. Settle in. 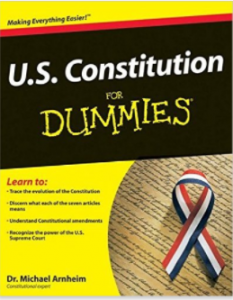