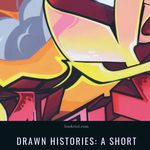 Although comics used to be marketed equally to boys and girls; although women cartoonists and illustrators have been involved in all kinds of comics since the beginning; although women make up a major part of the comic-purchasing public, it still feels like girls and women are only being let into the sandbox one by one. It’s routinely labeled as a struggle to achieve gender parity in the comics industry, but women have always been involved, whether silently or not.

The news from this year’s San Diego Comic Con about the upcoming slate of movies including more female characters and characters of color was very exciting, but it’s equally important to examine comics history. Now is perfect time to dive back into the history of underground comix, zines, and superheroes to remember how we got to where we are today. In addition, there is a great episode of the Unladylike podcast that talks through the history of women in superhero comics.

At the same time, racial representation in comics is also based on a confluence of thorny issues. There have been characters of color included in superhero comics since the 1960s, as well as independent companies in the United States publishing comics focused on black characters in the 1940s. In superhero comics, many non-white characters were shafted to sidekick or stereotypically villainous roles.

My primary interest is in superhero stories, but there is a long history of underground comics, which was a much more lively and revolutionary scene in some ways. Independent comics and zines have definitely worked upward to shape how modern comics are disseminated, written, and understood.

What follows is a list of books that help me expand my thinking about modern comics and how past comics/comix culture created inclusive or exclusive communities. There is a ton of innovation and artistic excitement in comics right now, and Book Riot is always compiling the most up-to-date lists of new comics releases. As the “nerds” and comics heroes seem to take over media, with superhero media coming at us with radioactive or mutant-enhanced speed, I like to take a step back and think about what kinds of writers and characters made this apparent nerd dominance possible. 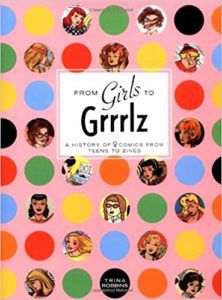 From Girls to Grrlz : A History of Women’s Comics from Teens to Zines by Trina Robbins

Going all the way back to the 1940s, Trina Robbins’s history of girly comics is a necessary historical compendium for anyone interested in the changing attitudes of the depicters and the depictees. From Betty and Veronica to the riot grrrls of the ’90s (when the book was published), Robbins pulls together rare comics art that was not previously available. Her book is a great starting place, and created a space for comics produced by women to be understood as part of their own historical canon. 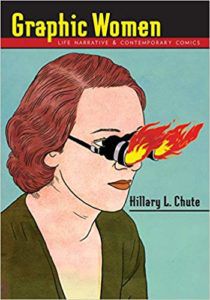 As usual, Chute provides deep, insightful considerations of comic book artists. Her book follows five innovative women within the genre of comics memoir (Aline Kominsky-Crumb, Phoebe Gloeckner, Lynda Barry, Marjane Satrapi, and Alison Bechdel) and how they have innovated within the genre. Chute approaches these women as literary figures and examines how their work has defined many of the recognizable tropes within comics and graphic memoir. 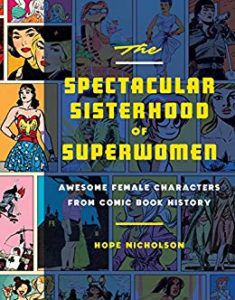 Hope Nicholson’s book traces the strong female protagonists of comics throughout history, all the way up to the award-winning, record-breaking Ms. Marvel. This work is a fun, engaging read to pick up whenever you want a quick shot of superheroine to get your day going. The vintage art and amazing stories are a fantastic entry into a wider history of comics. 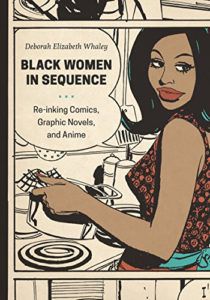 Although Storm is often acknowledged as the first black female superhero, Whaley’s book takes us back to “the Butterfly” from Skywald Publications in 1971. This book is a scholarly investigation into the dissemination of images of women of African descent in comics all over the world. She surveys everything from manga to film to comics again, understanding the major impact these images have had on the lived experience of black women. 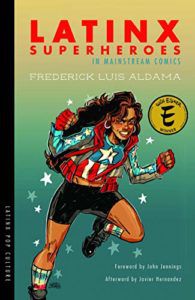 In this entertaining and deeply researched book, Frederick Luis Aldama takes readers through the spotty history of Latinx representation in mainstream American comics and their dissemination into film and television. Aldama takes as predetermined the importance of superheroic representations, and argues how they can lift downtrodden spirits. Understanding the Latinx characters of comics, Aldama argues, helps people understand themselves. 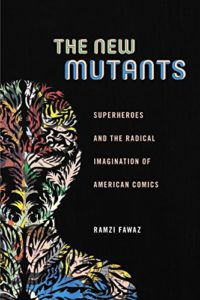 The New Mutants: Superheroes and the Radical Imagination of American Comics by Ramzi Fawaz

I recommend this book constantly, and I’ll do it again here. Ramzi Fawaz’s award-winning investigation into the queer history of American comics offers an exciting and illuminating way to read vintage comics. From the “queer lick” he finds in the Fantastic Four to the obvious real world discrimination parallels of the X-Men, Fawaz offers readers a praxis for reading comics that integrates revolutionary movements throughout history.

In addition to reading these books, I want to be on the lookout for weird comics that have fallen to the annals of history. The exciting new heroes we have for this age of comics might have a longer history than I originally understood, so I feel it is my duty as a comics fan to uncover it. Luckily, the many great comics nerds before me have done the lion’s share of the work.