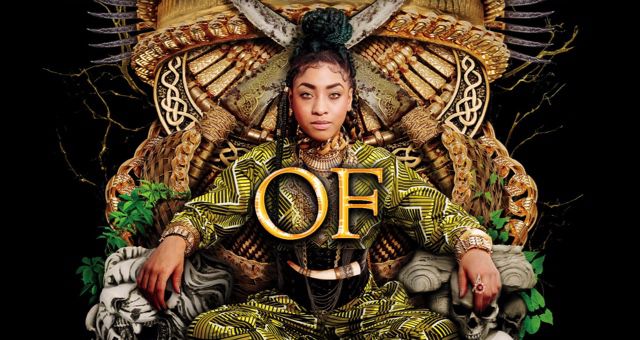 Two things I love completely in books: romance and fantasy. Especially fantasy YA. It brings me to magical worlds with adventures, monsters and heroes. I can lose myself in these stories and dream about them. Craving magical powers, befriending wizards, defeating evil beings; fantasy YA is always there for us when we need it. 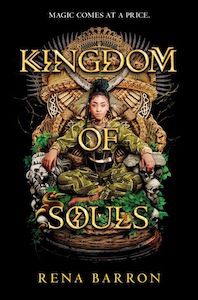 Rena Barron’s newest Kingdom of Souls will bring you magic, high stakes, and a main character who will do everything in her power to stop a being powerful enough to destroy the things she loves the most. It introduces Arrah, a young girl, ready to start an adventure she will never forget.

I’m grateful that author Rena Barron agreed to answer a few of my questions. Below, she talks about the process, the story and the excitement of her debut novel.

Silvana Reyes: Hi Rena! Welcome and thank you for being here with me and Book Riot. First of all, can you talk a bit what Kingdom of Souls is about?

Rena Barron: Thanks for having me! Kingdom of Souls is an epic dark fantasy about 16-year-old Arrah who hails from a powerful family of witchdoctors, but she doesn’t have magic of her own. When the Demon King threatens her kingdom, she must trade years off of her life in exchange for the magic she needs to stop him. But each trade brings her closer to death and to a devastating truth.

SR: How did you come up with this world and the idea of witchdoctors?

RB: The world of Kingdom of Souls was inspired by tales of people in my community who practiced voodoo and the stigma around the tradition. Although it was always talked about in a negative light, I found myself drawn to it. It was both scary and fascinating. In a sense, this story explores me coming to terms with how those tales shaped my perception.

I particularly gravitated to the word witchdoctor, which is a disparaging term with far-reaching negative connotations. I have rarely (if ever) heard of voodoo, witchdoctors, or any traditions from African nations presented in a positive light in western society. I wanted to write a story that could subvert that perception and paint this idea that magic isn’t good or bad; it’s how people choose to use it.

SR: Most of your characters in Kingdom of Souls are morally grey. What do you enjoy writing more: morally grey characters or good-by-the-rules heroes?

RB: Good-by-the-rules heroes aren’t real to me. People aren’t perfect. We make mistakes—lots of them. I’m not talking about superficial mistakes that we can get away with in books to add depth to a character, but real mistakes. The kind of mistakes that haunt you the rest of your life, the ones that make you doubt yourself, or set you on a path that seemingly has no return. I write morally grey characters because I have yet to meet anyone who doesn’t have regrets. People do the best they can with what they have, and my characters are no different.

SR: Arrah is the main character of this story and she is simply wonderful. She has to step up to defeat this evil being, but she has no magic like her family does. So she decides to do something dangerous. Talk to me about the process of writing the protagonist, Arrah.

RB: In a sense, Arrah’s trading years off of her life in exchange for magic is a metaphor for the sacrifices and struggles that we face in everyday life. She is powerless in her world, but is she really? It’s not magic that drives her desire to protect her friends and family; it’s her heart, her tenacity, and her courage. Those are her greatest gifts. She’s a flawed character in her own right and makes plenty of mistakes. One thing that is subtle in her character, too, is that she is suffering from transgenerational trauma. Writing her character definitely was an exercise in examining my own traumas—and I think that was the key to her character for me. She’s a survivor.

SR: On September, the world found out Michael B. Jordan was adapting your novel. Where were you when the news went live? How did you feel? I know you’ve been pursuing publication for many years, it has been a long journey. This just seems like the icing on the cake! Congratulations, Rena.

RB: I’m still over the moon about the news. My agent sent me an email saying the announcement was going up, and I was a ball of nerves the entire day. I was home and getting ready for the gym when the Deadline article dropped, and my phone started blowing up. I sent a quick tweet of my own and went to work out *smiley emoji*. It was a surreal moment; it still feels like a dream. I try to cherish every single milestone because there are so many ups and downs in this industry. 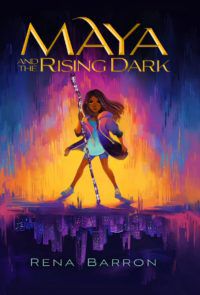 SR: What’s next for you? Books, goals, trips, anything you want to share.

RB: I’m gearing up for the launch of my middle grade contemporary fantasy titled Maya and The Rising Dark. It’s a story about 12-year-old Maya from the South Side of Chicago who discovers that her father is the guardian between our world and the Dark. When the Lord of Shadows kidnaps her father, Maya and her friends bravely charge into the Dark and fight a horde of spooky creatures in their quest to rescue him. The book is out on May 5, 2020.

I hope interviewing Rena Barron about Kingdom of Souls encourages everyone to pick this novel up. It has dark magic and I know many readers love a good dark magic storyline.