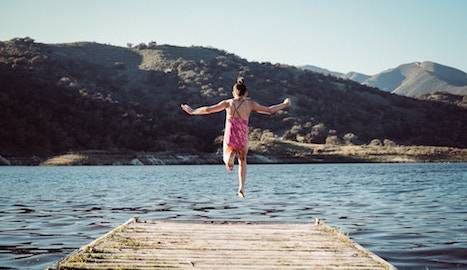 I once had a professor of Comparative Literature who asked my classmates and me where we did our best reading. We had already learned about the heresy of paraphrase, and we’d just read Janice Radway’s “Women Read the Romance.” “Women Read the Romance” is an article about what romance novels do for some of the women who read them, and I think it was the first un-condescending thing I ever read about romances. It made me less of a jerk and I like recommending it to men.

In any case, Radway believes it matters that the women she spoke to read romances in their own living rooms, not out in coffee shops or in their bedrooms with the door closed, but right in the middle of everything else happening to them. Our professor wanted us to think more about why the specificity of reading experiences matters: how a book could be different if we read it, say, in the library as opposed to in bed, or in little nibbles as opposed to one big swallow. It seemed like it was going to be an easier question than “But what does ‘mean’ mean?” (which is a real question this professor asked us one time).

I remember my classmates talked about chairs with wooden backs. They talked about specific spots on campus they had to claim before anyone else did. They said they had to sit up straight. Some had to be physically uncomfortable while they read, or they fell asleep. Our professor seemed to empathize with all this. He said he had to eat pistachios while he read. 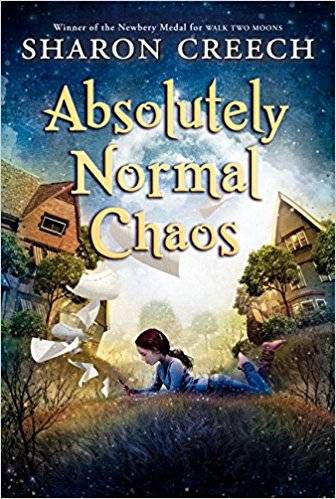 I wanted to say something, because talking about reading is my favorite thing. But I couldn’t think of any specific best place to read. Fiction was my favorite place—the whole point was that I could enter it anywhere. I could scarcely even remember experiencing physical comfort or discomfort while I was reading. The only sensation that came to mind was the feeling of a wet swimsuit getting cold around my hips as I stood in my childhood bedroom, turning page after page of Sharon Creech’s book Absolutely Normal Chaos and forgetting to take a shower.

I hear fiction described as a means of escapism all the time, but I think I love stories more as a means of being present. When I first heard the word “mindfulness” used to describe the relief of dwelling in the moment happening now (not the moment you’re afraid might happen later), I realized that’s why reading a book in a wet swimsuit is my literary paradise. I’m happiest when I’m reading because during a good story, it’s okay that my hair has chlorine in it and dinner’s in ten minutes. The words right in front of me matter most.

I didn’t know it that day in Comp Lit, but it would take me six more years to remember how to embrace stories as mindfully as I’d been able to as a child. In high school, then in college, and once again in grad school—even though I majored in Creative Writing and earned a Master’s degree in literature—I doubted my abilities as a reader and writer. I tried to compensate with mindfulness’s sworn enemy: overthinking. I read the books on syllabi, I wrote the stories I thought smart people should be trying to write, I worried about whether any of that was good enough, and I did it all in uncomfortable chairs while I drank uncomfortable amounts of coffee. I didn’t read mindfully, and it wasn’t because the education I was seeking was innately dry or joyless. It was because I didn’t have enough confidence to learn more about fiction while simultaneously holding onto the most important thing I already knew about it: that I understood stories best when I stopped worrying about everything outside them, and lost track of the hours I spent within them.

Where did I do my best reading? It was the hardest, most important question any professor ever asked me. It was a difficult place to find again. But the day I finished my Master’s exam, I went straight home, poured a glass of wine, and lay down on the couch with a stack of Strangers in Paradise comics. I vaguely remember putting a pillow behind my head when my neck started to get sore. Everything else I remember, for however many hours that evening lasted, is something that happened in a book.