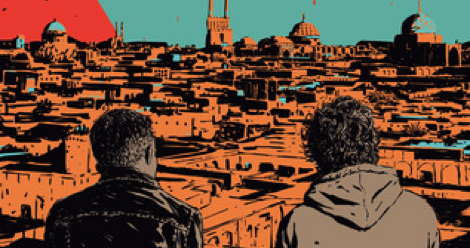 Darius The Great Is Not Okay by Adib Khorram presents a truthful coming-of-age story about Darius. Darius faces the challenges any teen boy might, but he must confront additional challenges that sometimes overwhelm him. In both America and Iran, he struggles with fitting in with the world and his own family.

While I’ve been reading more YA lately, I didn’t expect this kind of book. Mostly what I didn’t expect was my reaction. It wasn’t sympathy. It was empathy. It was realizing that awkwardness is universal. So many dog-eared pages later, I’m still rooting for Darius. Here’s a fictional Persian American young man with whom I share so much in common.

What a Persian American Teenaged Boy and I Have In Common

(So we’re clear in this comparison, I’m an American woman in her thirties with Italian and German heritage).

The Tea Haven sets the story at the beginning. It’s a shop where Darius works. He claims that “Persians are genetically predisposed to like tea.” As a teen, he has amazing expertise in steeping. This knowledge sets him apart from most other teens.  The Tea Haven is also the first place where we meet Darius’s bullies. Yet, this aspect of his life is where he appears as himself the most. Later on, he actually uses his love for tea to find a way to communicate with his Iranian family.

I envy his tea knowledge. Tea is my drink of choice. Usually a generic green tea, but sometimes I experiment. I traveled all the way to Maui once to sample some turmeric tea at a place called The Tea Box.

Fitting In At School Woes

The aforementioned bullying happens in Darius’s daily life. Trent Bolger and Chip Cusumano represent what Darius calls the “Soulless Minions of Orthodoxy.” They steal from him. They make up nicknames like D-Bag (because tea-bag. Not clever). Later, in Iran, Darius finds the same kind of name calling with similar boys. He also feels like he doesn’t fit in because of his job and his body—he’s on medication that causes him to gain weight.  He deals with his discomfort by first trying to reason and then staying quiet.

I didn’t encounter bullies, but I also felt like I didn’t fit in when I was in school. I stayed quiet. I watched cliques battle each other. I had body issues—not weight but I wore thick glasses, had frizzy hair, needed braces, and rocked some serious acne. I feel you, Darius. I feel you.

Even when he’s in a safe space with his family, Darius’s go-to response is “um.” When he’s asked how he is, he answers, “Um.” When he’s asked if he wants a drink sweetened or unsweetened, he answers, “Um.” When his mom asks him to video chat with his grandparents, he says, “Um.” He admits, “I never knew how to talk to Mamou, even though I was happy to see her.” Even later on in person, he finds himself in the same room as his grandmother, wanting to say so much, but he doesn’t say anything.

Man! How many times have I not found the words? For heaven’s sake, I’m a poet. Yet, face-to-face or on the phone, it’s silence. Words go away. It’s all “Um.” For anyone with social anxiety, words are tricky. There’s so much fear of not being heard, saying the wrong thing, and saying something the wrong way. There’s also blankness. The fact that no words actually exist. Finding the words happens with a lot of self-motivation. Confidence helps to get words to emerge.

Darius and his dad have a strained relationship. His dad is hard on him about his weight and about being bullied. However, he and his dad watch Star Trek together. Every night, they carve out time to do this one thing that’s truly theirs. This is the time Darius cherishes the most. He feels like he belongs somewhere for a purpose for this precious time. 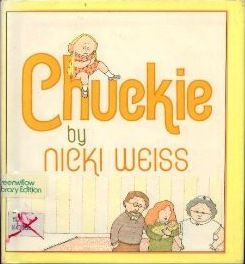 My dad was not like Darius’s dad, and our relationship was so loving and fun. Also, my dad didn’t like Star Trek. In fact, his reaction to anything sci-fi was an eye roll followed by a head shake followed by a what-the-heck-is-this shrug, laughing at himself. In good fun, though. My time with him proved as priceless as Darius’s time with his dad, especially when we read together. Some of his favorite books to read with me: Chuckie by Nicki Weiss and Rotten Ralph by Jack Gantos. You’ve gotta read them if you haven’t.

What Darius and I Don’t Have In Common

Darius visits family abroad. All my family is in pretty much one place. Darius has been diagnosed with clinical depression. When he’s not on medication, he describes his feelings as “Mood Slingshot Maneuvers.” He shares that diagnosis with his dad, and that contributes to their strained relationship and his social awkwardness. I’ve got no such clinical diagnosis.

Also, I’m not a teenager anymore. I probably can’t claim that I’m still coming of age. However, even now, at times, that feeling of “where do I fit in?” rears up. Those moments are not fun. However, books like Darius The Great Is Not Okay remind me that I’m not alone with these feelings. These feelings pass. If teens can survive these seemingly insurmountable challenges, then we all can, too.

And if we need to ask for help, help is available:

Anxiety and Depression Association of America

For more YA books that relate to mental illness, check out “3 on a YA Theme: Bipolar Disorder” by Rioter Kelly Jensen

For more YA books set in Iran, check out “Why You Should Be Reading Sara Farizan” by Rioter Tirzah Price