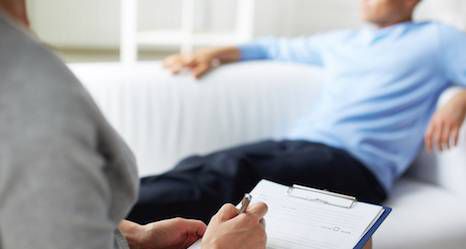 That’s because it’s really a work of book cover art by Instagram artist @JohanDeckmann, who’s page is dedicated to taking the most relatable thoughts and ideas and printing them into fake book covers, which he shares with his nearly 85,000 followers.

His mock self-help titles are so relatable, it’s actually a crying shame they’re not real books (though they are printed on old books from antique stores).

The Khattak/Getty series comes as a beacon of hope amid the prevailing narrative of the other. “As a crime writer, I’m trying to tell stories that illuminate our common humanity, stories that demystify who Muslims are, what they believe and how they live,” Khan said. While right-wing populism demonises minorities and Muslims in particular, her writing breaks down this rhetoric. “In writing crime fiction that centres on identity – and how identity is a determinative factor in so many human rights abuses – I’m asking my readers to think about two things. Beginnings. And endings. It never begins with genocide, so it’s important to consider the trajectory of hate – not just its rhetoric, but its incremental, creeping policies. And then to ask, what is the endgame?”

While watching the new animated feature Spider-Man: Into the Spider-Verse – featuring Miles Morales’ big screen debut as the arachnid superhero – it’s reassuring to notice the subtle, yet transcendent details through which the creators ensured both parts of his cultural identity are present.

Miles (voiced by Shameik Moore), an Afro-Latino teen who lives in Brooklyn and first appeared in Marvel’s comics back in 2011, is the son of a Puerto Rican mother and an African-American father. The protagonist’s significance – when it comes to representation – cannot be overstated, making the fact that he and his mother (Rio Morales who’s voiced by Nuyorican actress Luna Lauren Velez) speak Spanish throughout the action-packed narrative truly momentous.

Espanglish for the win.