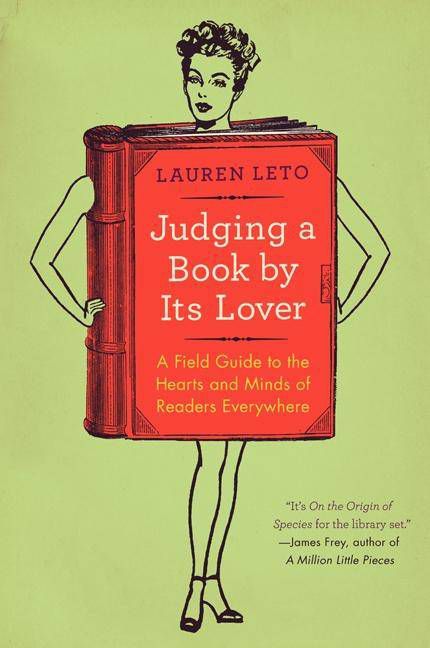 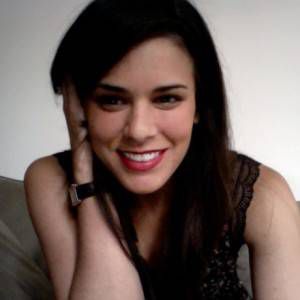 It was a happy day when Lauren Leto’s Judging a Book By its Lover landed on my doorstep last month. A collection of essays about books, publishing, and the reading life, Judging a Book By its Lover covers everything from Harry Potter fandom to how to fake like you’ve read Very Important Novels. It’s a funny, thought-provoking, delightfully unpretentious look at why we read and how we talk about books, and I’m thrilled to have been able to ask Leto a few questions about the book and her own reading life.

Rebecca Joines Schinsky: You say early on, “If we get too comfortable in our reading choices–too lazy–we’re giving something up.” What do you do when you want to shake up your reading life?

Lauren Leto: I like to read through The Paris Review interviews and blindly purchase any name an author mentions who I haven’t read. That led me recently to P.G. Wodehouse through Nicholson Baker’s interview The Art of Fiction No. 212. It’s a great method – you like Author A, Author A loves Author B – give it a shot.

I’ve been on a kick where I won’t read more than one book by any author lately. I used to go up and down an author’s oeuvre, gorging myself on that one person. Now I’m trying to put some space between an author’s works, I’d rather be exposed to more authors than read everything by one author.

RJS: The book includes helpful (and often hilarious) tips for meeting, wooing, and dating readers. Ever dated someone who didn’t read?

However I’m dating a fantasy fan, which I thought was even less likely than dating a non-reader. He’s converted me into a rabid fangirl of The Dark Tower series. I’m pretty happy we met – mostly because of those books.

RJS: You devote a section of the book to open letters you’ve written to fans of various authors. What author has the coolest fans? The most insufferable?

LL: Most insufferable: Ayn Rand. Hands down. Truthfully, I loved The Fountainhead and Atlas Shrugged when I read them in high school. Great stories, I thought Dagny Taggert was amazing. But growing up your opinion changes as you more closely think about the messages and when you meet people like Paul Ryan who take it too far.

RJS: The section called “How to Write Like Any Author” boils writers down to their essential elements. Who didn’t you include in the section that you wish you could add? (I must confess, I was sad not to see John Irving there–Parent dies, sexual hang-ups, bears, Vienna, wrestling, Dickensian attempts. Too easy?)

RJS: While pondering the fates of kids who love The Velveteen Rabbit, you posit that “if they went to Hogwarts, they’d get placed in Hufflepuff.” Where would the Sorting Hat place you?

LL: Slytherin. I’d love to go to Gryffindor, but I’m an asshole and the Hat would know it. Or I’d be placed in Ravenclaw and condemned to be a background character. I felt so bad for the kids at Hogwarts whose biggest dream was to make it on their Quidditch team while Harry was saving the world.

RJS: Who is your favorite author, and what’s your one-sentence stereotype of people who love him or her?

LL: Fyodor Dostoevsky. In the book I categorize Dostoevsky fans as “Guys I want to sleep with.” If I had to characterize all fans of him in my image, I’d go with “overeating, anxiety-prone holders of obscure degrees.”

RJS: You wrap details of online drama and Twitter tempests-in-teacups into a few of the essays. What authors have the best and worst Twitter feeds? Who’s an author you wish was on Twitter?

LL: Oh! I followed closely the ‘Emma Straub is too nice’ feud and have to say that she is delightful on Twitter. Bret Easton Ellis is a trainwreck (‘tweetwreck’?). Gary Shytengart is so-so, more weird than funny or interesting.

Zadie Smith would be great at Twitter. I feel like she’d be insightful, funny, good links. I want to know more about what goes on in her head daily.

LL: Self-publishing. The ‘bookstore’ in the next decade will be radically innovated. It’ll be an open platform, people will move faster from obscurity to popularity (and vice-versa). Publishing and books aren’t dying, they’re being reimagined.

RJS: What’s your take on the current debate about who the ‘real’ critics are and what makes a book review?

LL: I love book reviews, the form you find in the Times Book Review. It’s the only section of the paper I reliably read every weekend.

Naomi Wolf’s book Vagina: A New Biography was skewered in a review by Toni Bentley and I became a bit annoyed that the book got such a large spread (front page plus two pages). If it was bad, why not just leave it out of the Review. As a selfish person, I want to only hear about the good books. The silence is damning enough to bad books. But, it’s important we hear it. It’s nice to see less than glowing reviews, I find outlining deficiencies teaches more about what makes a good book than highlighting the high points.

RJS: Finally, what other books about books and the reading life do you recommend?

LL: Books about books! My favorite genre. I love Jonathan Franzen’s book of essays How to Be Alone particularly the edited version of his Harper’s essay Perchance to Dream, renamed in the book to Why Bother? His ideas of social isolationists resonated with me. Finally a term to describe why I like to sit alone with a story other than ‘introvert’.

I work at a social reading startup called Findings. When I started, I read The Case for Books by Robert Darnton – insightful for anyone thinking hard about the industry’s future.

Lauren Leto Lauren Leto dropped out of law school to start the popular humor blog “Texts from Last Night.” She co-authored the book Texts from Last Night: All the Texts No One Remembers Sending. She created the website Banters and is now working on a new site, Findings. She lives in Brooklyn. Judging a Book By its Lover is available now from Harper Perennial.