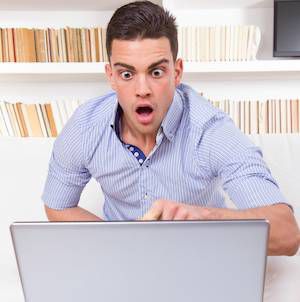 If you follow the SFF world, by now you’re probably familiar with the letter issued by Tor this week. In it, Tom Doherty addresses the comments made by Tor employee Irene Gallo on her personal Facebook page about the Sad Puppies / Rabid Puppies Hugo Awards slate. Suffice it to say, Gallo is not a supporter of SP/RP and made some sweeping negative statements about the movement in her Facebook post. Tom Doherty’s response was to basically shove Irene Gallo under a bus labeled “Pandering to Assholes” and, effectively, apologize to the SP/RPers among Tor’s readership.

Here’s the final paragraph of the letter in all its glory:

Tor employees, including Ms. Gallo, have been reminded that they are required to clarify when they are speaking for Tor and when they are speaking for themselves. We apologize for any confusion Ms. Gallo’s comments may have caused. Let me reiterate: the views expressed by Ms. Gallo are not those of Tor as an organization and are not my own views.  Rest assured, Tor remains committed to bringing readers the finest in science fiction – on a broad range of topics, from a broad range of authors.

“Don’t worry. We made the mean lady shut up, even though she was on her own personal Facebook page, and Tor remains open to the misogynists and racists who put together a whole slate of candidates for the express purpose of silencing representational diversity in SFF.”

If you need to be brought up to speed about the Hugo Awards controversy, this is a great post dealing with the issue. You can also read wonderful analyses of the whole Gallo situation from Chuck Wendig and Kameron Hurley. What I want to reflect on in this post is more personal: I want to talk about why the Tor letter made me so profoundly sad.

I am going to state three givens vis-à-vis this post: if you disagree with them, that’s cool, but maybe you shouldn’t bother reading this post because it will just make you want to say angry things on the internet that I don’t care to read.

So. The Tor letter was a major disappointment for me as a female SFF fan. I was at NorWesCon when the Hugo Award nominees were announced and, having spent most of my weekend in well-attended panels dominated by female pros and openly discussing issues from Gamergate to Women in Refrigerators, hearing the success of Sad Puppies was a punch to the gut. Sometimes female fandom can feel like a game of one step forward, two steps back: every single time we make major representative strides, someone decides that our mere presence at the table — our mere desire to be seen — is political correctness run amok and we must be silenced.

I’m often reminded of that study that showed that when women speak 25% of the time, they are seen (by men and women alike) to be dominating the conversation. People are still not, after all these years, attuned to equality; this is even more clearly the case for women of colour and queer women. To have the gains made in representation recast and recategorized as “politicizing” SFF is just such a slap in the face to the hard work that has gone into diversifying the field.

The Tor letter is an interesting example of how when people choose to speak can be, in and of itself, a political act. Tom Doherty’s public slapping of Irene Gallo sucks all the more because he never felt the need to write a similar post about Tor employee Jim Frenkel, who serially harassed women at conventions for years until a formal report was more than Tor could ignore — even when he was let go, there was no public shaming of the kind seen in that letter about Irene Gallo. That sucks. God, that sucks so much. That’s a publisher I love and respect saying explicitly that making the people who don’t want me in fandom comfortable is more important than sexual harassment.

And that’s what got me right in the feelings.

You know, fandom in so many ways is the rich, cool place it is because of women. Geek women have always been there: on the ConComs, as pros, writing fanfic, building community. We built fandom. We aren’t newcomers or hangers on. And if we ask you to see us as we really are, you don’t get to decide that’s not allowed. The desire to erase us is so palpable sometimes that it makes me want to cry.

But when we dry our eyes, we’ve got to keep fighting.

I stand with Irene Gallo. I stand against Puppies, Sad and Rabid alike. I am a Lady-Geek. And Tom Doherty just broke my heart.