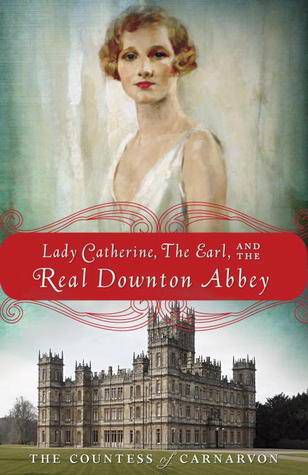 At the awesome experience that was the Toronto Comics Arts Festival, it became abundantly clear to me that I should be reading more webcomics. More than one panelist noted that that’s where new artists are coming up and making waves before getting assigned to mainstream projects — witness the rise of Noelle Stevenson, for example. It’s also an easy way to get a fix during a light week. (At least it is if you’re anything like me and trying to keep your pull list lean.)

And I used to read them! Oh, how I used to read them. My Google Reader was stuffed full of ’em. And then, one day, I just … stopped. And then Google stopped supporting Google Reader, and now it’s a couple years later and I can only just begin to remember what I used to follow. So I took to Twitter (like you do) and demanded people share their own favorites with me. Thanks to them I now have a folder full of delight, both newcomers and classics (and by classics I basically mean extensive, hugely time-sucking archives).


This one, I’ve been reading for years and never really stopped. (I also own several pieces of merchandise.) Because Stevens truly understands the importance of coffee, cats, homicidal robots, and perfectly turned puns.

Rock and Riot, Chelsey Furedi
A race-bent, gender-bent webcomic ode to Grease? ALL THE YES. And this one is relatively new, so there aren’t years of catching up to do.

The Stack Newsletter
Sign up to The Stack to receive Book Riot Comic's best posts, picked for you.
Thank you for signing up! Keep an eye on your inbox.
By signing up you agree to our terms of use
Another standby. Who among us has not forwarded an XKCD link to everyone we know? There is possibly just a full post of my favorite XKCD moments waiting to happen, but this one on Redwall is definitely near the top.

Hark a Vagrant, Kate Beaton
You don’t need me to tell you to read Kate Beaton, I know this. But I am going to ANYWAY. Because history! And Strong Female Characters! Also Kate Beaton might be the funniest human alive.


Yes, I am aware I am approximately 650 years behind on the phenomenon that is Homestuck. I am working on it, ok?

Check Please, Ngozi Ukazu
I actually have almost been late leaving the house because of this webcomic. I set a timer this morning. TRUE STORY. Follow the adventures of Eric Bittle, vlogger/figure skater/college hockey player, as he bakes lots of pies and tries to get over his fear of being checked. Funny, adorable, and just So Good.

Questionable Content, Jeph Jacques
I’ve been noodling around on this one for a couple days and like what I see, but tell me friends — where would you start really digging in, if you were me?

Rutabaga: Adventure Chef, Eric Colossal
I honestly did not know I wanted a D&D-style adventure story about a chef who scours a violent and magical world for exotic foods, but as it turns out I REALLY REALLY DO.

Cat and Girl, Dorothy Gambrell
As a girl who often has a cat, how could I not read this? I spent at least 15 minutes hitting the “Random” button over and over again yesterday. And it was always worth it.

Scary Go Round, John Allison
I decided to start with Space is the Place (because SPACE, obviously), and I’m loving it so far. Two girls on their way to space camp, plus British slang, plus positive representation of women in STEM? Dream come true.

Dinosaur Comics, Ryan North
A whole site worth of jokes by the writer of Unbeatable Squirrel Girl? YES PLEASE AND THANK YOU. Also for the record, I support name-forgetting pride 100%.

But, friends, this is not NEARLY ENOUGH. I’ll be scouring my fellow Panelteers’ recommendations, but tell me: what should I be reading?