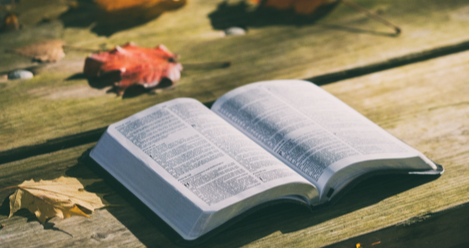 “That experience reminded of getting my first Bible and finding the book to be really intimidating,” Chung says. “Even the first few pages are usually just descriptors or maps, and don’t draw you in with any stories. I thought there must be a better way.”

Chung, who studied graphic design in college, grew up in a Buddhist household but converted to Christianity in college. He met another Christian USC student at Intervarsity, also named Bryan Chung, who was studying animation and digital arts. The duo became friends, and eventually business partners. In 2016, they debuted their company Alabaster, a brand that has redesigned the Bible for the Instagram generation and expects to sell $900,000 worth of Bibles by the end of this year.

I guess making Bibles look Instagram appealing is one way to get the youths more inclined towards Christianity.

Samantha Allen’s second book, Real Queer America: LGBT Stories from Red States, might surprise readers. Allen, a senior culture reporter at The Daily Beast and a GLAAD Media Award winner, traveled to America’s so-called red states to craft this nonfiction survey/memoir combo about queer and trans individuals who are thriving in every conceivable way—and doing important advocacy work so LGBTQ communities can too.

Real Queer America follows a map informed by Allen’s own experiences in conservative America. “From when I was closeted in Utah to coming out of the closet in Georgia to finding my friends in Tennessee to finding my wife in Indiana, I went back mostly to personal landmarks to see how they had changed, [to] meet and reconnect with people,” Allen says. “[B]ecause I’ve left these places, I wanted to find out what had motivated my friends to stay there, to kind of dig in their heels and make life better for queer people where they live.”

Shrill might be the first mainstream entertainment in which a heroine finds empowerment after what (spoiler alert) some will find a controversial decision: Annie has an abortion. By the end of the first episode, we’re starting to see an Annie who stands up for herself, who is embracing the part of her that her boss Gabe (a wonderfully smarmy John Cameron Mitchell) calls a “total bitch”—which we know translates to a woman who values her own worth. That’s when I realized that in many ways, Shrill is a superhero origin story of its own.

If you haven’t watched Shrill on Hulu yet, or read the book, I’m just here to tell you you really should.