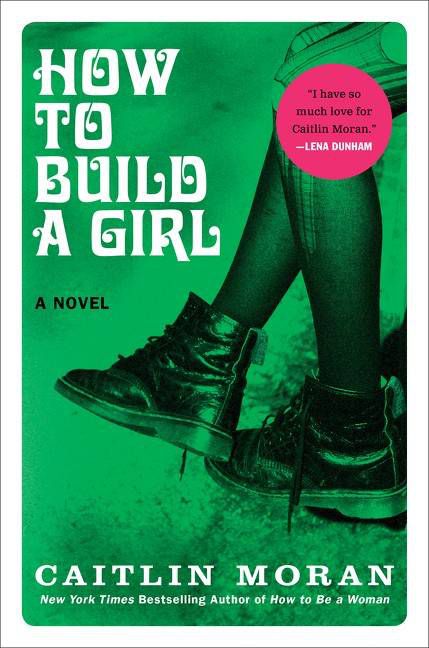 If you, like me, were a young girl at any point between 1986 and 2000, chances are you read at least one Baby-Sitters Club book. The adventures of these weirdly mature 13-year-old girls and their beloved after-school job captivated children’s imaginations for an impressively long stretch of time. Years before anyone was claiming their place in a Hogwarts house, most elementary school girls (and some boys) could tell you exactly which baby-sitter they identified with most. (For the record, I’m a Mary Anne-Mallory hybrid.) Sure, most people didn’t read over 150 of the books, like I did – but it’s fair to say that the series was an important and pervasive cultural phenomenon at the end of the 20th century.

What does this have to do with comics? Well, the Baby-Sitters Club represents my first encounter with serialized print fiction; it was through these books that I learned to love never-ending narratives, monthly releases of new material, and inexplicable time loops that keep characters young in perpetuity. You could say that the BSC was a stepping stone to my comic book love. It’s also always worth recommending Raina Telgemeier’s beautiful graphic novel adaptations of the first four books in the series – as it turns out, the girls’ adventures are well-suited to sequential art. But mostly, I got to thinking about the character archetypes, and what comics I would recommend to each of the baby-sitters – and to the fans who grew up identifying with them.

Kristy’s titular Great Idea involved getting together a group of kick-ass female friends to provide one-stop shopping for anyone in the neighborhood who needed a little help with childcare. Replace “childcare” with “crimefighting,” and you’ve got Birds of Prey in a nutshell. Fearless leader Kristy would be absolutely in favor of Black Canary’s Great Idea. I’ve selected the first volume of Duane Swierczynski’s New 52 run here, but I don’t think she could go wrong with any volume.

The Stack Newsletter
Sign up to The Stack to receive Book Riot Comic's best posts, picked for you.
Thank you for signing up! Keep an eye on your inbox.
By signing up you agree to our terms of use
Mary Anne Spier – The Wonderful Wizard of Oz by Eric Shanower and Skottie Young

Mary Anne is the most sensitive member of the BSC; she would never pick up a comic with any kind of violence or profanity. As a result, she’s the most likely of the group to gravitate toward All-Ages material, and Skottie Young’s beautiful renditions of the characters from The Wizard of Oz — a favorite story for all of the BSC members – would win her over easily. She’d probably cry while reading it out loud to her cat, Tigger.

Claudia is the artist of the group, which means she’s probably one of the most discerning when it comes to great comic art. Luckily, the lushly illustrated anthropomorphic animal characters of Blacksad would more than meet her standards, and the mystery/noir subject matter would push the same narrative buttons for Claudia as the Nancy Drew books she hides under her mattress. Just don’t let her demanding parents see her reading a book with pictures!

It was hard to pick a comic for Stacey; nothing seemed quite sophisticated enough. It would take a long time to convince her that she isn’t too cool for comics. She was probably the type of kid who would have picked up Archie digests at her local bodega in New York City, though – and she was definitely a fan of fashionable, snobby Veronica. If she heard there was a story about grown-up Archie marrying Veronica, she probably wouldn’t be able to help herself from checking it out – and getting (secretly) hooked all over again.

This is by far the easiest recommendation, since the protagonist of Greendale, Sun Green, is basically Dawn already – a teenage environmentalist in California with long blonde hair and a solar first name. It might actually be a dangerous recommendation, considering the extra surge of reckless idealism it might give her, but I’m sure Dawn’s father resigned himself long ago to the inevitability of having to bail his daughter out of jail after she chains herself to a redwood.

Mallory is an artist, too, but she’s particularly interested in illustrating children’s books; of all of the baby-sitters, she’s the most likely to come to comics on her own, and I could probably give her a list of recs a mile long. As a nerd and perpetual misfit with a conflicted but loving relationship with her family, though, she’d be drawn immediately to kindred spirit Kamala Khan. Mallory probably cosplays and makes her first close non-BSC friends at cons, and she would definitely join the Kamal Korps on the ground floor.

Unfortunately, Ann M. Martin and her ghost writers never bothered to give Jessi a personality beyond “dancer,” so I didn’t have a lot to go on here. Luckily, I stumbled across this adorable-looking graphic memoir about a Puerto Rican ballet dancer, and I think Jessi would appreciate the difficulty of the task of translating a movement-based art form to static imagery.

Late arrival Abby is a class clown; her sense of humor is her most prominent character trait. What better to recommend to her than one of the funniest mainstream comics I’ve ever read, Fabian Nicieza’s Cable/Deadpool? As a twin, Abby would appreciate the opposites-attract team-up element, and even if she’d never read comics from the 90s, she’d still laugh at all the jokes about pouches.

Did anyone actually care about Logan? This Kentucky-fried boy baby-sitter had no personality, interests, or hobbies beyond holding hands with Mary Anne. I’m reccing this book because he’s A.) Southern, and B.) the kind of guy who will desperately overcompensate with manly books to make up for the perceived girliness of baby-sitting.

Shannon had no personality. Shannon rarely ever appeared. But her wiki page says this overachiever was president of the Astronomy Club at her ritzy private school, so a beautifully-illustrated book about space travel sounds like a good call.

So how about you? Any more recs for our favorite baby-sitters? Any recs for side characters like Karen Brewer, Janine Kishi, or Alan Gray? Want to just wallow in BSC nostalgia? Let me know in the comments!