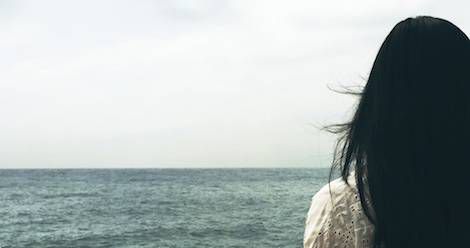 This is a guest post from Cecilia Lyra. Cecilia is a writer with a reading addiction, a lover of wine and all things chocolate, and the proud mother of Babaganoush, an English Bulldog. She is also a recovering lawyer, but asks that you do not hold that against her. Follow her on Twitter: @ceciliaclyra

Cathy and I bonded over our love of books. While most kids in our school chose to play tag during recess, Cathy and I carved out our little slice of free-time heaven in the library, happily ensconced in oversized armchairs, secretly rooting for Jessica, while still admiring Elizabeth (Sweet Valley High), nervously biting our nails as we – along with Meg, Charles, and Calvin – faced The Black Thing (A Wrinkle in Time), and wishing that Henry Green’s cinnamon prediction had yielded a sequel to Chocolate Fever.

As adults, Cathy and I have very different lives: she lives in California, I live in Toronto; she has a daughter, I have an English bulldog; she’s single, I’m married; she’s a nurse, I’m a writer. Despite our geographical distance, we’re close, even if it isn’t sharing-the-same-library close. I admire Cathy: she’s accomplished, strong, funny, and has great taste in books.

So you can imagine my surprise when I got a call from Rose, a friend of Cathy’s, saying that Cathy was in an emotionally abusive relationship with a man named Steve. “He talked Cathy into giving up her friends and her job. He’s constantly putting her down but he’s so manipulative he makes her feel guilty about what he’s doing,” Rose said. I’d met Rose during a visit to California. Cathy had never described her as one to be alarmed without cause. Still, I called a few of Cathy’s other friends. The result: every single one was convinced that Steve was emotionally abusive. One person told me that he body-shamed Cathy, calling her words like cow and fatty. Another one told he that he planted a bug on her phone that allowed him to monitor every single text she sent. “He’s dangerous,” said a nurse who used to work with Cathy. “We tried staging an intervention, but because he doesn’t hit her, there’s no visible bruise to point to. Now she won’t talk to us.”

Needless to say, I was concerned. I tried calling Cathy and getting her to open up, but she wiggled out of the conversation, claiming to be busy with her daughter, Ella. I offered to visit, but she told me that the next few months would be too hectic. She mentioned Steve – I’m dating someone! He’s great! – and, while her words were ones of happiness, her tone was uneasy, doubtful. Part of me wanted to come clean about what her friends had shared, but I knew that I couldn’t push her too hard. Cathy had never responded well to pressure. Then, I had an idea. “Want to start a one-on-one book club?” I wrote in an email to Cathy. “We’ll each pick a book for the other to read.” She wrote back in less than five minutes: Yes!!!!

Because we are both fast readers (and, if I’m taking a guess, because Steve didn’t feel threatened by Cathy’s bookworm habits), we decided to pick a book a week. My first instinct was to pick something along the lines of Paula Hawkin’s Girl on the Train or B.A. Paris’s Behind Closed Doors, but I figured Cathy would see right through me and the protagonists who suffer in the hands of their abusive partners. Besides, Rachel and Grace had husbands who were physically violent. I had to find books that dealt with emotional abuse. And so, I started with Pamela Moses’s The Appetite of Girls, and made it a point to ask Cathy what she thought of Setsu’s jealous boyfriend, a man who shrewdly controlled her food intake. For my second pick I went with Watermelon, by Marian Keyes, and asked Cathy whether she thought that Claire really was in love with James, or if it was possible that she had turned a blind eye to his manipulative ways because society imbedded in her the notion that to hold on one’s partner was the foremost female virtue. When I picked The Saving Graces by Patricia Gaffney, Cathy was the one who brought up the character of Curtis and his slow, deceitful manipulation of Rudy. “Can you believe that Curtis pretended to be sick, to be dying, just to make Rudy feel guilty, just so that he’d be able to control her?” Cathy said.

Two months into our private book club, Cathy announced that she was going to therapy. After one session, she told me a little of what was going on with her and Steve (it really was as bad as her friends had reported). Three months after that, she told me that she had broken up with him. “I had to buy a new phone and change my number. I kept thinking that the other one was still being monitored.” There was still anxiety in her voice, but there was also a flicker of relief.