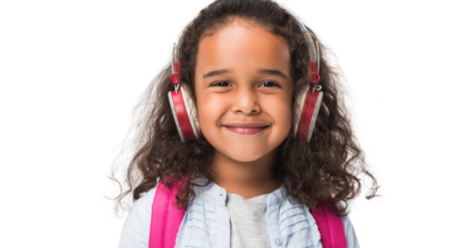 This giveaway is sponsored by Penguin Random House Audio.

Help your children keep up with their reading by listening to audiobooks. Visit TryAudiobooks.com/Family-Travel for suggested listens and for a free audiobook download of MY FATHER’s DRAGON!

Whether they’re cleaning out their backpacks, finishing their chores, or simply lounging, just about any time is a great time for kids to turn on an audiobook and get ahead in their reading. We asked you to tell us your recommended audiobooks for kids and you responded! Here are mor than 40 of your favorites!

Cloudy With a Chance of Meatballs by Judi Barrett

Where the Sidewalk Ends by Sheil Silverstein

The Screaming Staircase by Jonathan Stroud

What Was I Scared Of? by Dr. Seuss

Witch and Wizard by Cate Tiernan and James Patterson

Crispin: Cross of Lead by Avi

The Tales of Peter Rabbit by Beatrix Potter

The Incorrigible Children of Ashton Place: The Mysterious Howling‎ by Maryrose Wood

Land of Stories by Chris Colfer

The Lion, the Witch and the Wardrobe by C. S. Lewis

Ramona and Beezus by Beverly Cleary

The 39 Clues series by Various

The Candymakers by Wendy Mass

Fortunately, the Milk by Neil Gaiman

Little House on the Prairie by Laura Ingalls Wilder