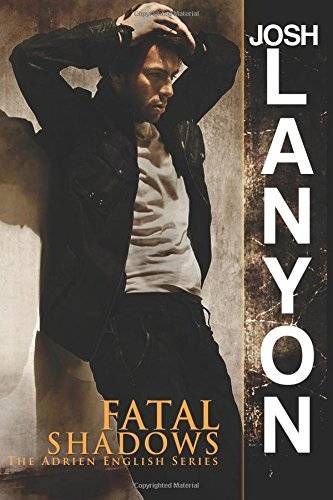 And then you were caught up. Well done.

FINALLY! Confirmation that it was Nicholas being eaten on top of Glenn that we saw in episode 6×03. Glenn crawls under the dumpster and savagely fights off the walkers grabbing for him. A day (days?) later, the walkers lose interest and Glenn is able to leave. He’s in bad shape. No water, no flares, maybe no bullets. Enid throws him a bottle of water from the roof of a building (WTF?) and Glenn proceeds to make good his escape into a building. Being Glenn, he calls out to Enid, but she only offers him another bottle of water from off screen and encourages him to get lost.

Glenn, ever the savior, wants to know what has become of Alexandria. Enid admits that the attack was human in addition to walker. Glen asks after Maggie but Enid is gone.

Rick checks the integrity of the wall while Morgan practices his kata. Maggie continues her vigil over the wall, hoping for Glen to return. There are still a lot of walkers on the walls, so it’d be tough for anyone still outside the walls to get back in. Rick wants to clear them out so the others can get back in. Maggie comments that Judith looks like Laurie, which she clearly means as a compliment but is actually a bad thing to say given her suspect heritage. Just say she looks like Rick, trust me, it’ll help in the long run.

Glenn is just wandering around the area now, instead of running home as I would have thought he would have, but he finds the note left by wife-guy in episode 3, so there’s that.

Gabrielle is starting a prayer circle, and putting up fliers for it around town. Rick rips the flier down without comment. I understand his frustrations with Gabrielle’s uselessness. Next up: Training Pete’s kid, Ron, to use a gun starring Rick and Carl. Carl fronts to show his experience, which is both petty and effective. Rick lets Ron keep a pistol, just so he learns the feel of it; but no shooting the walkers. He just wants to learn. “You will,” retorts Carl.

Morgan heads to the hospital but turns to leave right as Denise comes out. She offers to check him out but he’s not there for whatever that is. Rick shows up to save him from the awkwardness but SURPRISE, there’s more awkwardness. Carol and Michonne are at the meeting too. They’re there to confront Morgan about letting five wolves live that almost killed Rick and could have killed others. Morgan argues that Rick ought to have killed him, and that that was the right call because Morgan ended up helping out others. “All life is precious.” Michonne says it’s not that easy, because whenever she gets to speak she’s usually correct. Everyone has blood on their hands now.

Outside the walls the walkers are still about a dozen or so deep. Rick and Michonne plan how to escape town and get the walkers at least back to the quarry. Rick doesn’t want to include Alexandrians, he’s nice enough about their useless but still isn’t about it. Michonne won’t let that stand, they’re in it together whether he likes it or not. Deanna shows up with her plans that she frantically made two episodes ago. A small symbol of her hope amidst the dire conditions. Rosita teaches the Alexandrians how to use a machete. Gringos with blades is a thing that requires some instruction. She chews out Eugene for not being a comfortable blade-wielder. I am sympathetic to Eugene’s “I’m too smart to be a fighter” argument, but I can see why Rosita wouldn’t be.

Enid is hiding in a restaurant watching the walkers outside when she’s grabbed by a bloody hand. It’s Glenn! So I guess Enid isn’t working with the wolves but she somehow knew they were coming? A mystery for another day. Glenn wants Enid to come back with him, she’s not so much about that to the point of pulling a gun on him. Glenn calls her bluff and takes the gun. She relents once she learns that the horde was not successfully diverted and is still in the immediate vicinity. JSS, ammiright?! They then find some balloons, which I’m hoping will be used for some sort of creative zombie kill down the line.

Rick fortifies the wall with some surprising help from an Alexandrian. Dude even suggests further improvements. Rick might have just found some uses for these folks after all. Dude explains why they were all freaked out by Rick in the beginning and how truly unprepared they were for how bad things got way faster than they expected.

Ron creates a distraction in the food storage area to steal some bullets from the weapons locker. The question becomes: does he plan on actually using a gun against Carl or Rick or is he actually thinking he’s helping and his downfall will be incompetence instead of malice? I have to believe it’s going one way or another.

Glenn and Enid arrive home to see the horde at the gates. Now what? Existential debates!

Spencer is trying to climb out over the walkers with a grappling hook. This is a truly stupid idea (maybe he’s still drunk?) and it only takes a moment for him to almost fall. Tara comes up with a gun firing distraction to lure the walkers away but then just head shots a bunch of them with her pistol while Rick, Dude, and Morgan pull Spencer back up over the wall. Rick then screams at Tara for putting herself at risk for “these people.” She gives him the finger. Right on, Tara. Spencer wanted to help, but in doing so put others at risk and lost a shoe. Dumb.

Doc has made herself some chalkboard cheat sheets to help her remember what to do in an emergency. Morgan approves. He wants antibiotics to treat the captive wolf. So I guess it can’t have been a bite. Carol sees Morgan and Doc sneaking off to visit the potential patient and follows with Judith. She is not as merciful as Morgan. Carol hands off Judith to Jessie with an excuse that she has wall duty. Jessie is beginning to suspect that Carol is not the simple housewife she pretends. Sam, Jessie’s other son who won’t come downstairs, remembers Carol’s badassery and starts an impromptu therapy session. Then Carol’s off to confront Morgan!

Rick apologizes to Tara and Deanna gives a round of “thank yous”. They argue about the dumbness of Spencer and how Rick could have used his death an opportunity to pull out what Spencer was trying to do. Deanna doesn’t like that logic, and thinks he’s not telling the truth. Suddenly: balloons! Maggie somehow knows this is Glen, which is correct but not exactly logical. I failed to mention it before but we’ve been seeing a tower just outside the wall creak and groan all episode and it chooses this moment to topple inward bringing the wall with it. Oh snap, next week is going to be exciting as hell!