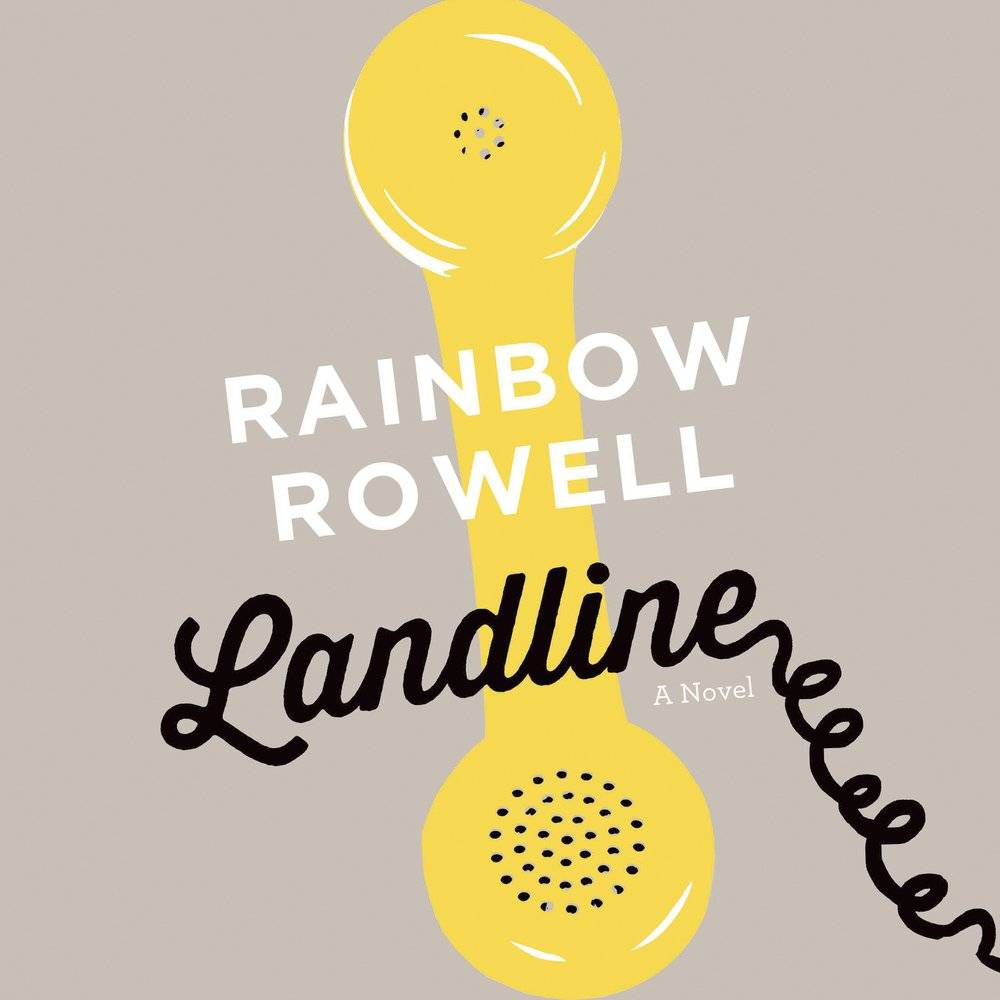 Quick flashback so we know who Beth is.

Then Beth wakes up in a hospital and stares out into a cityscape. Probably Atlanta? A cop and a doctor walk through the door, they are impeccably dressed, but acknowledge that there are zombies outside, meaning this won’t be a “it was all a dream” type scenario. Beth asks after Daryl, the duo tells her she was alone, they saved her from becoming a zombie. “So you owe us.” How ominous.

Dr. Steve gives Beth a tour of the hospital that immediately culminates in unplugging a guy on a car-battery powered ventilator, because fuck that guy for not healing. Hippocrates, who?

Beth helps move the new stiff to the “disposal system” i.e. an open elevator shaft to a basement full of roamers.

Another creepy cop, Gorman, hits on Beth in the mess hall. He also has perfectly gelled hair, and intimates that she owes them something. It’s even creepier coming from a dude. He cements his creeper status by saying she can either return the favor of him saving her or he’ll keep track of all the food she takes. Not exactly a win-win. Beth walks past lady cop, Dawn, exercising while she tells a black dude exactly how to clean her clothes. Not exactly subtle given the slave history of the southern US.

Beth brings Dr. Steve some food. He’s complains of boredom, she explains why that’s a luxury, then they talk records. Either Beth is a hipster or she grew up on a farm, and we only know that one of those scenarios is absolutely true given season 2 of this very show, so let’s roll with it.

Dr. Steve wants to make sure Beth is eating, but she’s learned quickly that if she takes she owes. He decides to share his guinea pig roast with her in secret.

They’re romantic dinner discussing art history is interrupted by a near- stiff being brought in. Beth is somehow a trained nurse and helps Dr. Steve care for an obvious goner at the insistence of the obviously super evil cops. Even as Dr. Steve saves the dude’s life, the cops act sketchy. Dr. Steve reiterates that saving this dude was a “waste of resources” so Dawn hits Beth in the face, the only logical option. I’m starting to think there’s something fishy in this community….

Dr. Steve stitches up Beth’s face, and points out that she needs a new shirt, lest Dawn sees her dirtied scrubs. Dawn don’t like things dirty, it’s why before the outbreak she started a line of successful dish soaps.

Meanwhile, Joan, a woman from the community who escaped and was then bit is being brought in seems like she would rather die than have her arm amputated at the behest of Dawn. Beth tries to leave the room but is forced to help. It’s super gross.

Beth meets up with the laundry boy from earlier, his name is Noah, he left a lollipop in her scrubs, making him seem decent and therefore making me suspicious. It seems like Beth is started to put together the pieces that this place runs by saving people then holding them in indentured servitude for as long as they deem fit, which I’m guessing is forever-ish. Noah lost his dad because was too big a dude to be able to control, so they saved Noah and left his dad to a horde. He hints to a community back in Richmond, Virginia. HEY! That’s in the direction of Washington, DC, how convenient!

Dawn brings Beth some food, Beth politely refuses, straight up saying that she’ll avoid eating and leave sooner rather than hang around. Dawn attempts a one-woman good cop / bad cop routine. Dawn says that keeping her safe is a service, and it’s the first step to rebuilding. Then flips and says if she doesn’t eat she’ll get weak, if she’s weak she can’t work, and then… Well it’s probably not a good outcome. Beth takes a nibble, satisfying Dawn for the moment.

Joan wakes up while Beth is cleaning her room. She provides very little new information beyond that Dawn is losing control of this place, but to whom we’re still not sure.

Beth checks under her bed for her lollipop, but Gorman found it first when he was… searching under her bed? He takes a lick than shoves it in her mouth. This guy is the worst. Dr. Steve intervenes, Gorman says that Beth should have been his, Dr. Steve says nobody can be his. Gorman tries to bully Dr. Steve, but the Doc has that whole “mastery of medicinal arts” card up his sleeve.

Beth wants to know why Dr. Steve doesn’t just leave. So he takes her to the ground floor behind a large grate. There are many much walkers. He stays because outside there are zombies. It’s not a terrible reason, all considered. Dr. Steve tells Beth the history of this place up on the rootop garden so they can see the ruins of Atlanta. They did their best to hole up in the hospital, there was another guy running the show but Dawn was still calling a lot of shots. When a kid came in with napalm burns (meaning they napalmed an American city? Holy crap.) Dawn didn’t want to save him, but Steve suggested making the kid work off the cost of saving him with service; thus their model society was born! The prior leader cracked and Dawn took over to keep everyone alive. And as awful as it is in the hospital, it’s better than being outside.

Beth, on orders from Dr. Steve, gives the guy from earlier that Steve didn’t want to save, Mr. Trevor, some medicine, which causes him to convulse and die. Dawn isn’t happy, but Noah takes the blame instead. Privately conferring with Dr. Steve, they realize she gave him the wrong medicine, even though it was the one that Dr. Steve said to use. He denies his mistake, potentially loses any good guy points he had left. Especially as the cops proceed to beat the crap out of Noah.

The next day Dawn tells Beth she knew Noah was lying, but they had to beat him anyways. Dawn thinks very little of Beth and her ability to survive in this new world, but maybe she can do some good by working for their community. Instead, Beth plots her escape with Noah. Beth has to sneak into Dawn’s office to get a key to the basement, which will in no way end well.

In Dawn’s office Bev finds all sort of things: photos of Dawn and her partner from before, an ID card, and Joan’s body bleeding all over the place. Unclear if she killed herself or if someone did it for her. Beth finds the key right as Gorman walks in, being all creepy. He says he won’t tell Dawn if she has some sex with him. This guy only operates on one kind of currency. Beth sees Joan’s hand start to move, Deus ex Walker! Take that Gorman’s throat!

In the hall, Beth tells Dawn that Joan and Gorman are looking for her in her office. Smart move. Noah and Beth then rappel down the elevator shaft to the basement full of “rotters.” Time for the creepy escape in the darkness, during which Beth manages perfect headshots because… she’s the heroine. Outside the hospital, there are loads of walkers and Noah is limping, so Beth charges the horde. How are they not hearing all this gunfire inside the building? Ah, turns out they are as a cop tackles Beth but Noah escapes just in time.

Back in her office, Dawn yells at Beth for letting Gorman get eaten, even though Beth points out that Dawn is letting guys like Gorman rape whomever they please just so they’ll stick around and keep everyone else safe. Not cool, Dawn. Dawn knocks Beth out cold. And Dr. Steve fixes her up… again. She has deduced that Trevor was also an MD, which Steve knew and thus had Beth kill him to keep a monopoly on providing care throughout the colony. Dr. Steve compares himself to Christ’s disciple Peter, who denied being a disciple to escape crucifixion. Dr. Steve apparently does not realize that Peter was eventually crucified too.

As Beth walks down the hall she sees the newest member of the hospital being wheeled in on a gurney. It’s Carol! Carol will save us all! But not until next week…

Next week looks not to be a direct follow up of the cliffhanger we just saw. Instead we’ll be back on the road with Abraham, Rosita, Eugene, and the rest. We may not learn who how Beth and Carol escape, but we will learn the secrets of Eugene’s hair!

As to this episode, I think it was appropriately creepy and weird. I expected something a bit darker than just working off whats owed, but they did a good job of making it a really ominous and dire situation for Beth and the other characters involved. It’ll be really interesting to see how Rambo-Carol handles it. I’m guessing not well. What do you think? Let’s chat about it in the comments!