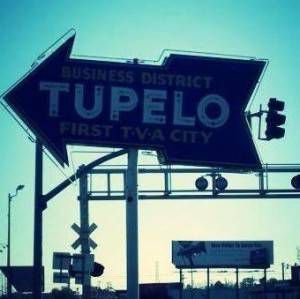 With the disclaimer out of the way, lets get into the show! Meta recap of the recap from last season:
– Terminus… it’s a thing!
– Sometimes children are killed.
– Burying guns, like squirrels preparing for winter
– And most of the gang ends up locked in a train car, but it’s fine because they’re badass?

Starting with a Lost-style flash forward. Seems like maybe the Terminus folks are now locked in the train car? Distant screams in the background and general regret permeate the stagnant air.

Flashing back, everyone is making DIY Wolverine claws and tying their shoes. Rick Grimes is still very sweaty, grimy, even. The gang seems ready for a confrontation as the Terminus folks approach the car, but the Terminus people are smart enough to flashbang the gang first.

Lots of blurry POV from Rick as something fleshy gets processed in a warehouse. Yep, totally a person. This is like the opening of a videogame where you start as a prisoner then have to escape. Even Daryl looks nervous. Some characters I don’t think we know are at the end of a tub where everyone is lined up on their knees. They are the first to go: smack on the head with a metal baseball bat, then a knife across the throat. Glen is next up when… bureaucracy intrudes. It’s actually an effective tension breaker. Bob uses the moment to try and convince the Terminus folks that they have a guy who can fix everything. Terminus guy wants to know from Rick what was in the bag they left in the woods. He threatens Bob’s to get Rick to talk. Rick admits that it’s full of guns, really good ones. Ones that he’s going to use to kill the Terminus folks. Big talk Rick. Gunshots in the background delay Glen’s head bashing, and a building-rocking explosion sends us into the credits.

Carol doesn’t want to stay at Terminus, just wants to get Tyreese and baby there, then bail. Ex-convict zombie shambles out of the woods, but Tyreese isn’t ready for more killing. Zombie was only the vanguard of a horde, time to move. Gunshots draw them towards Terminus, the same ones we heard a moment ago? The duo questions continuing on towards the source of apparent conflict.

Meanwhile, guy with a walky talkie, so probably from Terminus, is setting up fireworks, complaining loudly about chicks with swords and kids in hats. Carol and Tyreese get the drop on him. He claims that sword-chick and hat-boy are the only two folks they have. And the fireworks are to draw off the walkers, which is a win-win for all. Except Carol wants the zombies to descend on Terminus, to even out the upcoming fight. Tyreese and baby stay behind with the captive. Rambo-Carol covers herself in gore.

Tyreese reminds us that the baby’s name is Judith, I had honestly forgotten that.

Captive chews gum and reminisces about watching football and going to church. Apparently he only did things on Sundays. Captive calls Tyreese a good guy, which is why Tyreese and Judith are going to die. Captive further points out that they should just kill him, but they won’t so they should just escape. This is a seemingly valid point.

Rambo-Carol approaches Terminus, sees Rick and the gang getting dragged around. Captive’s first lie exposed. Looks like Terminus has a similar “zombie against the fences eye-stabbing solution” that we saw at the prison. Unfortunately, their fence is near a big tank with a flammable sign, which Carol sees through the scope of a gun that could probably hit and ignite said tank. Once ruptured, the tank leaks gas that Carol fires a firework into, probably the explosion from earlier. Now there’s no more fence to keep the zombies out.

Back in the slaughter room, Rick works to saw through his zip tie restraints. Outside, flaming zombies eat people in the face. Literally. That was gross. Slaughterhouse boys discuss protocol, giving Rick just enough time to stab them to death. The rest of the gang back in the train car tries to figure out what’s going on outside. Maggie and Carl argue that the best course is to be ready to fight once Rick gets back. Because of course he’s coming back.

Carol walks amongst the horde, trying not to notice the residents of Terminus getting consumed ad sniping the occasional defender.

Rick wants to let their captors turn, since it seems like they’re very efficient and methodical cannibals. Glen wants to make sure they’re still willing to free the other captives, otherwise how are they any better? The first guy they release is not mentally all there, and then gets eaten. Still the right thing to do Glen, don’t ever change.

The residents of Terminus have a lot of automatic weapons relative to Rick’s group’s knives, but a little bit of patience pays off and Rick manages to confiscate a machine gun and mow down a half dozen of them from behind as they were focused on the advancing horde. The tide may indeed be turning.

Well at least the words along the walls make sense now.

Carol finds the creepy candle room from last season. But she’s not alone. A fight ensues, Carol gets the upper hand. The woman she fought claims that Terminus used to be good, and the signs directing them there were real, but some terrible stuff happened and it soured soured their attitude: “You’re either the butcher or the cattle.” Carol shoots her in the leg then opens the door to the waiting undead.

Back along the railroad, Tyreese gets distracted by some approaching walkers and Captive uses the opportunity to get his hands on Judith, forcing Tyreese to go outside otherwise he’ll kill her. The Captive thinks himself in the clear and tries to radio back in on the walkie talkie, then looks towards Judith with a knife. Tyreese bursts back through the door, transformed into a primal state and makes short work of the Captive.

In the locked train car, the rest of the captives continue to work on their weapons. Eugene claims he can’t explain his ‘cure’ so the group has to keep him alive or the cure dies with him. They want to hear it anyways. He says he was part of a small team that tried to weaponize disease pathogens, a “fighting fire with fire” approach. He thinks he can flip the script that caused this and reverse the effect.

Rick opens the door, shouts something unintelligible, and the battle is joined. As an aside, Rick seems to manage far fewer headshots with a machine gun than he did with a pistol several seasons ago. The gang escapes over the barbed wire fence, leaving Terminus in flames. Back at the site of the buried bag, the group debates going back to kill the rest of the Terminus survivors. Most want to let it go, except Rick. Carol reappears, followed by a tender reunion with Daryl. He doesn’t even seem to notice that she also has his crossbow. Rick seems genuinely appreciative of her role in their rescue.

She leads them back to the cabin with Tyreese, remember, Rick and Carl thought Judith died at the prison. Tyreese admits that he killed their Captive, so he’s back to remembering the world is awful and sometimes you kill jerks. Rick realizes it’s better to leave Terminus to its fate. Abraham hints that there’s something he needs to tell Rick about, but not yet, because this is only the first episode of a show that really likes to drag things out. Rick uses a piece of mud to modify one of the Terminus signs, updated for accuracy.

Back to the flash-forward, a woman gets tossed into the train car and another woman gets taken out. This is not Rick and the gang at work here. And… HOLY CRAP, there’s a post credit sequence where Morgan, husband, father, and crazy trap builder, is on the trail to Terminus, sees Rick’s modified sign, and goes into the woods after Rick et al.

Wow, quite the opener. This episode pulled a ton of stuff from the comics that viewers haven’t been exposed to yet. As coyly as it is possible to put it, at the start of the episode I expected to see this go the direction of “Fear The Hunters“, but by the end I realized we’re in a very different place. No names have been dropped yet, but I’m pretty sure I know who we just saw, and I’m honestly not sure I’m ready for it. Format wise, this was a very different episode than what we’ve seen, and I thought it worked. I’ve gone back and forth on the show as a whole, but I’m ready to see where season 5 takes us.

Thanks for reading, see you all next week!