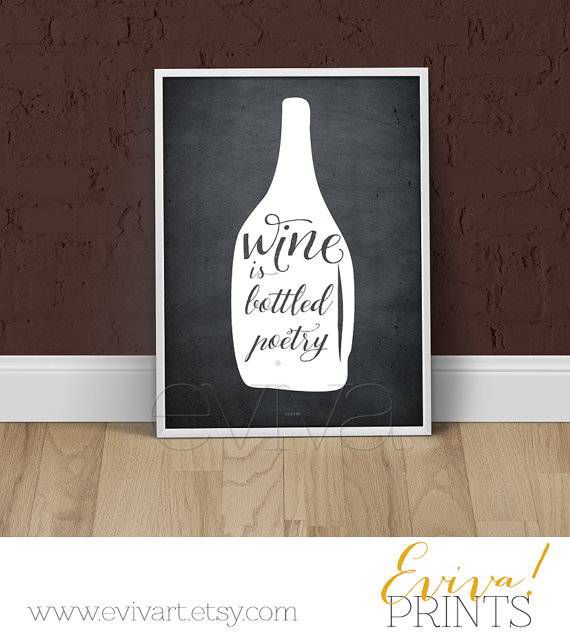 Welcome to National City! Every week, I’ll be recapping the adventures of everyone’s favorite Maid of Might, Supergirl! This is our very first episode, but there’s no need to worry about this pilot – Supergirl’s really good at catching planes. (These are the jokes, folks.)

Were you one of the nearly 13 million people who tuned in to watch Supergirl Monday night? I hope so, because it was a treat. As a diehard Supergirl fan, I have been eagerly anticipating this show since it was first announced, and boy did it deliver. A review that truly expresses my joy would just be like a 30 minute video of me running around the backyard with a red towel pinned to my shoulders going “Whoooosh!” but since I live in NYC and don’t have a backyard, you get words instead. Sorry!

You’re a widdle Space Moses, yes you are!

We kick things off in classic Super-person style with the destruction of Krypton. A Kara voiceover explains that baby Kal-El (who has a TINY SPIT CURL, which will be listed as the cause of my Death from Cuteness) was sent to Earth for his safety – and that his cousin Kara was sent to protect him. Young Kara (an elfin Malina Weissman) tearfully bids farewell to her parents (Laura Benanti and Robert Gant), and Alura exposits that Earth’s yellow sun will give Kara all those familiar powers, and that she will do great things. Kara – that’s “Kah-ra,” apparently, so I’ve been saying it wrong – climbs into her rocket…

…which promptly gets stuck in the Phantom Zone for a quarter century, a clever twist on Supergirl’s backstory that, we’ll see, will pay plenty of plot dividends. By the time she makes it to Earth, she’s found by Kal – now grown up and firmly established as Superman. Young Kara gaping in wonder at Clark’s silhouette, backlit by a golden sun as his cape flutters majestically, is better than literally all of Man of Steel.

Nope, THIS is my cause of death. RIP me.

Clark brings Kara to the Danvers, scientist friends of his played by former Supergirl Helen Slater and former Superman Dean Cain and oh, there go my emotions again. Kara also gets a new sister, Alex.

Cut to a decade or so later and Kara (the human ray of sunshine Melissa Benoist), in sensible glasses, sensible flats, and a sensible ponytail, juggles coffee on her way into work as her voiceover explains that she kept her powers a secret, figuring Earth didn’t need another hero. She’s the PA to news mogul Cat Grant (Calista Flockhart), and we get a rapidfire introduction to the imperious, demanding Cat, plus Kara’s work BFF, Winslow Schott (Jeremy Jordan), a “the truth is out there”-y IT guy with obvious moon eyes for Kara.

We also meet “the new art director,” Serious Babe Jimmy Olsen (Mehcad Brooks). He asks to be called “James,” which I will not be doing, but I will be calling myself Mrs. Olsen every now and again. He’s also a Pulitzer Prize-winner who copes gallantly with Kara’s twitterpated giggle-snorting (yet another cause of Death from Cuteness) and refers to Superman as “the big guy.” This is the best Jimmy’s looked in decades, and I say that as a card-carrying member of the Jimmy Olsen Fan Club.

After work there’s another rapidfire intro, this time to a now-adult Alex Danvers (Chyler Leigh). She and her killer bob are on the way to Geneva but they have just enough time to get Kara ready for her blind date and advise her that living a normal, non-Super life is the way to go.

That night, Kara’s at the World’s Worst Blind Date when she hears over the news that a flight to Geneva is experiencing engine failure over the city. Alex! Kara runs outside and, in quick succession:

LOOK AT THIS PUPPY.

Back in her “apartment,” which is clearly just an Urban Outfitters that she lives in for some reason, Kara’s gleeful about her heroic portrayal on the news (she actually kicks her feet in the air, it’s stupendous). At least, until Alex shows up, furious that Kara endangered herself by showing herself to the world. Kara’s baffled that Alex doesn’t get it (“I have always felt the need to help people, and tonight I finally got that chance,” she says, perfectly), and Benoist plays Kara’s deep hurt beautifully. Good job casting a glorious human golden retriever, show!

At work, Cat’s all “GET ME PICTURES OF SPIDER-MAN SUPERGIRL!” while Jimmy, who obviously knows the truth, lightly trolls Kara for fun and profit. Kara, needing a confidante, fesses up to Winn by, well, jumping off the roof. That’s one way to do it!

This is an exciting day for Winn and his cardigan.

Elsewhere, a creepy trucker (Owain Yeoman) in a diner glowers at a news story about Kara. He climbs into his truck, which is actually a weird…spaceship thing? This is Vartox, and it is frankly unforgivable that he doesn’t look like he does in the comics. He space-Skypes his boss, the Commander (Faran Tahir), about his failure to bring down the flight to Geneva. They suspect the mysterious flying girl is Alura’s daughter; the Commander tells Vartox to off Kara before “the General” arrives.

Montage time! Winn puts Kara through a few variations on the costume while she stops crimes and tries out her powers (“You sure you’re bulletproof?” “Hope so!”). Finally she dons the finished look, complete with the S, which she explains is actually the House of El’s coat of arms. She heads out to stop a fire – and is shot by glowing green darts that knock her out. Uh-oh!

She wakes in an underground bunker, where she’s greeted by Hank Henshaw (David Harewood), head of the Department of Extra-Normal Operations – and Alex, who also works there. Henshaw explains that the DEO exists to protect the planet from aliens – aliens like the convicts of Kryptonian prison Fort Rozz, which was pulled out of the Phantom Zone and onto Earth by Kara’s spaceship. Oh, and they don’t want her help. Furious and betrayed (YES!), Kara storms out.

There’s such good hair and righteous fury in this screencap.

Work the next day and the hits keep coming: Cat has christened the new flying hero “Supergirl.” Kara’s dismayed that it’s not at least “Superwoman”; Cat rebuts with a nonsensical ramble about how she herself is a girl so girls are great, so there. This scene got a lot of raised eyebrows clipped into the sizzle reel but I think it’s an elegant way to make the point that Kara herself would prefer to have an adult moniker – and possibly one not Superman-derived – while, you know, sticking with the IP with cultural cache, and giving the justification thereof to a ridiculous character.

Cat, you are ludicrous and I love you.

Vartox abruptly lures Kara out by broadcasting on a frequency only she can hear. She runs up to the roof and we get THE SHOT:

SHE DID THE THING!!!

She lands at a power plant and confronts Vartox, and, well, he basically kicks her ass. While spouting sexist one-liners, because this show is not subtle. (Good. I don’t want this show to be subtle.) She’s only saved by the timely intervention of Alex and the DEO, who chase Vartox off and take Kara back to their base for medical treatment.

Crushed by her failure, Kara packs it in and returns home. Alex arrives to confess that she was jealous of Kara’s powers and play her a classic Kryptonian Holographic Lecture from Alura. Thankfully Alura is 400 times less annoying that Jor-El – especially since rather than bossing Kara around, she tells her that whatever path she chooses is the right one, as long as she stays true to herself. Kara bites back tears, squeezes Alex’s hand, and suits up again.

Henshaw’s still not convinced that Kara’s got what it takes, but she insists on taking on Vartox again. The second fight scene proves that if nothing else, she’s definitely leveled up on destroying trucks and looking badass in front of explosions. As Alex exposits that Vartox’s space axe is a nuclear reactor that will explode if it’s heated any further, Kara heat visions it until…KABLOOIE (but luckily one with no nuclear fallout, I guess?). Vartox is all “THIS ISN’T OVER,” then stabs himself to death. Bye, Vartox.

I love how creepy this effect is.

At work the next day, Jimmy reveals that he knows Kara’s secret; actually, Superman asked him to make friends with her. Clark Jerome Kent, you had better have told Jimmy your own secret, if you told him Kara’s. He also passes on Clark’s baby blanket, to be Kara’s new, impervious cape.

As a jubilant Supergirl takes to the skies (MY HEART!), we finally get the identity of the mysterious Kryptonian General…Alura’s identical twin Astra (Benanti again), who tells the Commander to see that Kara is killed immediately. Dun dun DUN!

Eyeliner game on point, though.

Nerdiest Hat Tip: Otto Binder Bridge, named for one of Supergirl’s creators.
Best One-Liner: “I’m sorry, darling, I just can’t hear you over the loud color of your cheap pants.” (Why do I have the feeling Cat’s gonna get most of these?)
Worst Thing: Winn’s pretty Nice Guy (TM) creepy right now. It seems like that was intended but that they found more charm than they expected in Jeremy Jordan, who’s had his role expanded while Winn’s dad will be taking on the Toyman role that Winn has in the comics. Let’s hope future episodes dial back on the covert lusting. Or have him sing.
Best Thing: Melissa’s note-perfect performance, which is by turns adorkable, heartbreakingly vulnerable, and flat-out majestic. I can’t wait to see what she does with the rest of the episodes!