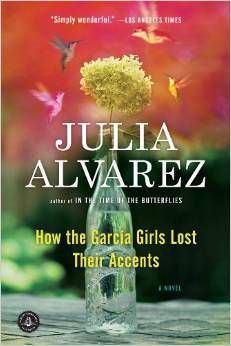 Last week’s episode was an old fashioned espionage-filled kinda sorta date night for Coulson and May. It was really fun one, but definitely felt more in line with the mission-of-the-week episodes we saw a lot of in season one. Will this week continue that trend? Or will we get to learn more about this season’s major plot points?

You know Hydra is evil because their scientists wear BLACK lab coats.

A wedding reception ends in blue mouths and a lot of dead people when some Hydra agents poison the champagne while posing as wait staff. They were meant to take out an anti-Hydra unit, but only killed six of the intended eight targets. The S.H.I.E.L.D. gang head to Coulson’s office to figure out what should be their next move, but Skye notices those strange carvings on Coulson’s desk. She asks him about it but he declines to share any information he may have, deeming it “classified”. Skye persists, but Coulson pulls rank and shuts her down. Skye has been acting so professional this season that I almost forgot she’s still really green and totally capable of fundamentally misunderstanding her place in the S.H.I.E.L.D. hierarchy. May even warns Coulson that keeping Skye in the dark “won’t end well”, assumingly because Skye will probably just start hacking everything in sight until she gets her way. Question: if Skye is this unreliable as an agent, then why is she an agent? What good is a S.H.I.E.L.D. agent who can’t take orders?

The Doctor guy who’s apparently Skye’s father is working in a seedy medical facility, patching up an impatient criminal’s partner who’s been shot, which I guess makes him Evil Night Nurse. With the timeframe given to her last week, a desperate Raina visits Doctor Dad to beg him for the obelisk. He refuses while also have a serious case of rage face that seems to be an ongoing problem for him. He looks at himself in the mirror, almost as if to make sure he isn’t… changing somehow? Is Doctor Dad a Hulk or something of the Hulk-related? Perhaps he’s trying “Hyde” his true nature? In any event, Doctor Dad kicks out Raina, and as she leaves she mentions her regret for not getting him Skye. He reveals that “Skye” isn’t her real name. Is it Zabo? Sterns? Samson? TELL US.

“I don’t see anything, Doc.” “Just keep looking while I murder your friend.”

Whitehall (“nazi glasses”) calls Simmons and her new work buddy Kenneth to a boardroom to discuss plans to weaponize the power of the obelisk. Simmons claims it can be done, but is obviously shaken by the ramifications. Kenneth is just jealous that Whitehall new Simmons’ name, and thinks killing billions of people would be “pretty awesome”. So yeah, despite Kenneth’s innate underdog charm, he’s super duper evil. At the Playground, Hunter visits Skye to play devil on her shoulder and egg on her rebellious streak. Since no one ever seemed to teach Skye about bad influences, she takes his advise and visits Ward in his cell to hopefully get more information about whatever it is that Coulson is hiding from her. Ward tells her that Garrett was carving similar symbols into stuff toward the end, eventually becoming the mad man that he became by the end of season one.

Arriving at the Hydra building to face the music with Whitehall, Raina happens past Simmons leaving for lunch. Knowing the Simmons is a tried and true S.H.I.E.L.D. agent, she realizes that she must be acting as a mole and begins to calculate evilly. Skye bursts into Coulson’s office demanding answers as a professional agent respecting authority is ought to do. Coulson comes clean about carving the symbols, blaming the GH formula that he and Garrett were both injected with. Skye points out that she was injected with it too, and she’s fine. Coulson counterpoints that the alien DNA in the GH formula may have had a negative affect on his and Garrett’s system, causing the weird symbol carving reaction, while her system could be totally fine because it already contains the alien DNA. Coulson thinks Skye is an alien. May interrupts with a call from Raina who wants to meet with Coulson to discuss what she just discovered about Simmons.

Hydra is in a frenzy as they suddenly become aware of a mole in their midst. They’ve sent in a specialist to weed out the mole, but Simmons thinks quickly and frames her work buddy Kenneth (don’t feel bad, he’s super evil remember?). Coulson meets with Raina to figure out what she wants. Raina wants to take Skye to her father, and in return she won’t send an incriminating photo of Simmons to the Hydra agents looking for the S.H.I.E.L.D. mole. Coulson goes full Nick Fury and refuses her deal so Raina sends the file.Now Hydra’s most wanted, Simmons goes on the run and is almost caught, but she is saved by Hydra’s mole specialist who is actually a mole herself. Enter Bobbi Morse aka “Mockingbird”: Agent of S.H.I.E.L.D. Bobbi makes quick work of two Hydra guards like a total badass with her two awesome nightsticks. She grabs Simmons and reveals this was all part of Coulson’s plan as they hightail it out of there, escaping from the roof by jumping onto Bobbi’s invisible jet (say… didn’t Adrienne Pallicki pilot another one of those a couple of years ago?).

Meanwhile, Coulson has Raina figured out. Whitehall wants the obelisk. Doctor Dad has the obelisk, but will only give her the obelisk in exchange for Skye. Coulson doesn’t want to play ball, but he does agree to help Raina in exchange for information. Who is Skye’s father? Raina gives him an address and leaves, but before Coulson can make any decision about what should be their next move, Skye has already left to find her father. You know, following orders. Like a good soldier. After searching the place, Skye comes up empty handed except for a single framed photo of Doctor Dad holding her as a newborn. Coulson meets her there, consoling her as Doctor Dad watches from a video feed in his car. May finds the bodies of the impatient criminals that Doctor Dad apparently murdered. Skye is disgusted as her father smashes the tablet he was watching, and peels away in a frustrated rage.

Simmons comes back to base and is awkwardly reunited with Fitz. They both look like they’re waiting for the other to initiate a hug, but neither of them go for it. Coulson makes Bobbi Morse an official member of team S.H.I.E.L.D. much to Hunter’s chagrin who used to be married to her apparently. Coulson shows Skye his secret symbol-carving wall and she believes that the symbols aren’t a message. They’re a map. Finally, Doctor Dad decides to go around the middle man (Raina) and visit Hydra himself. He brings Whitehall the obelisk and suggest they work together to kill Coulson. And everyone else.

“We don’t know what to do with our hands. And that makes us EVIL.”

What a stellar episode! I really thought Simmons would be stuck at Hydra for a lot longer than five episodes, so I was really surprised that storyline ended tonight. I appreciate a television series that isn’t afraid to burn through story, but I thought there was plenty material left to mine from that concept. I suppose only time will tell whether it was a mistake to end it so early. The stuff with Skye’s father really seems to be amping up to somewhere interesting. I can’t believe where we are only five episodes into this season. Crazy!

Coulson was phenomenal this week. He’s really taken to his role as Director of S.H.I.E.L.D. and is really exuding a level of charm and confidence that I never saw from him in season one. And Mockingbird, you guys! MOCKINGBIRD! Holy cow what a great, kick-ass character! Her insane chemistry with Simmons is going to have the shippers in an uproar. Also, let’s be real about it. The way Simmons says “Bobbi”? Come on. You know what I’m talking about…

1. Do you think ending Simmons’ undercover mission at Hydra so soon could be a mistake? Or did you think her return to the fold was overdue?

2. Who do you think Skye’s father could be? What’s the deal with his rage issues?

3. If Coulson’s symbol-carving wall is a map, where could it lead?

We want to know all of your theories and speculation, so throw them at us in the comments below!