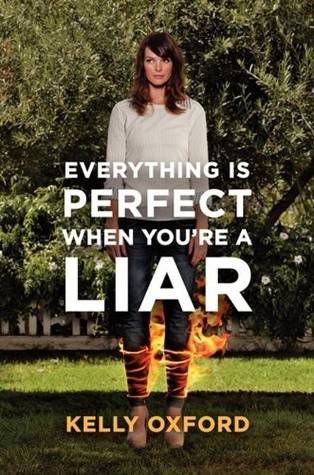 Last week’s episode was easily the strongest of the series so far, which I also said about the episode before that. It might be safe to say that Gotham is getting better with every episode, and I actually think that trend continues this week.

“What kind of dog kennel is this?”

“The Mask” wasn’t nearly as mythology heavy or revelatory as “Penguin’s Umbrella”, but it gave us some great exploration of Jim Gordon as a man desperately trying to do what’s right no matter who he pisses off in the process. We also meet a character named Richard Sionis, who wears a black mask as he job applicants fight to the death (with office supplies no less) for an opening at his company so they appreciate it more. Basically, The Wolf of Wall Street meets Saw. Whether Richard is the Black Mask with a different first name, or Roman Sionis’ father is unclear.

Its a fun episode overall, and chalk-full of that signature Gotham wackiness we all know and love. In fact, I’m fairly certain Mama Penguin was straight up hitting on her son this week (I swear, if they keep going down this road, I’m totally going to start a #Gertwald OTP tag). “The Mask” also featured the many characters of Gotham confronting each other, forming a pretty strong theme revolving around identity and inner demons. With that in mind, let’s take a look at who stepped into the Gotham-shaped boxing ring (or bullpen, as the case may be), and who came out victorious.

Gordon came to Gotham with plans to clean up the crime and corruption that’s taken over the city, but since the moment he arrived he’s been forced to pull his punches for one reason or another. But after last week, Gordon is through with riding the grey line just to make things easier for his co-workers. This doesn’t go over well with everyone, but Gordon doesn’t care. He’s not letting anyone compromise his unambiguous view of the law ever again, even if he has to maintain it by himself as Gotham’s only honest cop, with a white hat pure as snow. Captain Essen has grown to respect Gordon for his uncompromising moral compass, but Bullock thinks he’s only doing all of this because he likes the struggle of being the underdog. He likes the fight. Gordon, however, disagrees. It’s not that he likes to fight, he’s just the only man in Gotham willing to fight for the city, and he’s not going to stop until the job is done.

“If your hat’s so white, why aren’t you wearing one?”

Penguin brings Fish a stolen brooch as a peace-offering, but Fish proves she has no intention of forgiving his betrayal and stabs Penguin through the hand with the pin. She spends the rest of the episode meeting with the weaponized lounge singer she’s using to get insider info on Falcone. Penguin, meanwhile, has one of Fish’s inner circle kidnapped and tortured until he reveals Fish’s plans for Falcone, then kills him. Fish may be making a power play for Falcone, but Penguin is simultaneously manipulating Falcone, Maroni, and even Fish herself. Fish’s plan to usurp Falcone is positively quaint in comparison to Penguin’s complex and intricate chess match.

Gordon shows up at his office to accuse him of holding illegal death matches, but Richard Sionis never blinked or backed down knowing that Gordon couldn’t have the evidence to back up his claims. Even after Gordon manages to get a confession out of one of his employees, Sionis sent his lawyer to stop the man from signing any documents. But when Gordon was forced to fight three men at once in one of Sionis’ Office Space death matches, Gordon takes them all out and has to go one-on-one with the man himself: Black Mask. Despite having a paper-cutter blade as a weapon, Gordon makes pretty quick work of Sionis. He lets him live (obviously), but when Sionis tries to attack again, Gordon decks him in the face for a K.O.

Black Mask has a real Patrick Bateman thing going on, doesn’t he?

Bruce goes back to school where he is confronted by a bully named Tommy Elliot (who will eventually become the villain Hush). Tommy is a little sociopath who thinks it would be hilarious to make fun of Bruce for being an orphan. Bruce tries to blow it off, but when Tommy makes fun of his mother, Bruce snaps and punches him in the face. Unfortunately, Tommy is twice Bruce’s size and it doesn’t go over so well. Bruce tells Alfred what happened, so Alfred and takes him back to Tommy’s house. When Tommy answers the door, Bruce wraps his father’s watch around his knuckles and punches Tommy in the face over and over while Alfred watches. Later, Alfred promises to teach Bruce how to fight.

Tommy’s gonna NEED those face bandages when Bruce is through with him.

Barbara got drunk and almost shot Gordon. The next morning she admitted that she’s having trouble handling the life she begged/demanded Gordon to share with her. Later, when he’s too busy with the Black Mask case to take one of her calls, she throws a fit and leaves. Hopefully forever (or at least until the writers can think of something more interesting for her to do than walking emotional circles in and out of Gordon’s life).

WINNER: Literally no one. Barbara is the worst.

Selina robs a high-end boutique and is caught on her way out. When she’s taken downtown, she uses her “friendship” with Gordon to get out of trouble. She doesn’t do anything else and isn’t connected to the plot of the episode in any way, but she didn’t need to be. The non sequitur nature of her character on Gotham continues to be one of my favorite parts of this show. Selina Kyle FTW.

WINNER: Whenever Selina is on screen, we all win.

So, what did you think of this week’s episode? Sound of in the comments below!