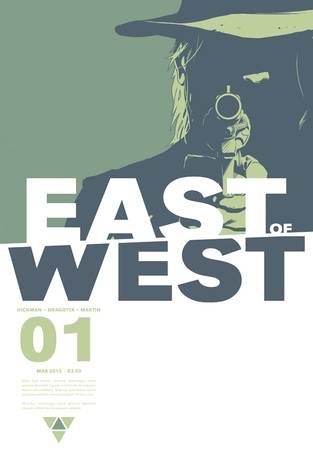 The character development on Arrow tends to be relatively strong, so even when the plot is thin or directionless, the more subtle human elements can still shine through. And that’s the case with this episode.

We open with Laurel Lance (Katie Cassidy) cradling the body of her deceased sister, Sara (Caity Lotz), freshly killed by an unseen archer on the rooftops of Starling. Laurel screams out as the scene fades into the next day. A conspicuously jovial Team Arrow are entering the now-vacant Verdant nightclub, the cover business of the Arrow-cave, and still celebrating in Diggle’s (David Ramsey) new child. However, things quickly change when the group enter the basement to find Sara’s body laid out on an exam table. An emotionally broken Laurel waits for them in the shadows. Felicity (Emily Bett Rickards) is immediately upset, Roy (Colton Haynes) seems sad but reserved, but Oliver (Stephen Amell) seems distant, absorbing the blow like so many other deaths in his life.

Moments later, Laurel and Oliver have separated from the others to talk about Sara’s death. Laurel appears to be taking Sara’s death somewhat in stride, at least better than I would be if I had to carry my dead sister’s corpse from a random alleyway to Oliver’s club. Laurel tells Oliver that despite everything else running to her mind, she keeps coming back to a shark, a stuffed animal that Sara owned as a child, instead of the more serious aspects of Sara’s death. This scene is the most human that Laurel has felt in two years of the show. There’s something raw about the performance while not succumbing to melodrama. Laurel feels like a real, rounded character for once. Finally, Laurel decides she needs to leave the nightclub setting, name-checking her addiction, but also tells Oliver she won’t be telling her father, as she fears he won’t be able to take it.

Oliver goes to reconstruct the crime scene, figuring out how it must have happened, when Diggle comes to talk to him about Sara’s death. Oliver begins to show some emotion, but is still reserved. The play with the surrogate father/son arc between Diggle and Oliver has been ramped up this season, but it’s playing off really well. I really enjoyed that Diggle is the only one who Oliver can show weakness to. Diggle pledges to help Oliver shut down Sara’s killer, because Sara was his friend too. Their few moments are interrupted as Detective Lance (Paul Blackthorne) calls to put Arrow on the case of a new murderous archer in town. (I’m unsure of what Detective Lance’s actual title is, as they rather interchangeably call him Captain and Detective.) A brief glimpse of this new killer is given, who wears a variant of the League of Assassins’ standard gear. Oliver returns to ask Diggle to contact ARGUS for help in tracking down Sara’s killer, who may be linked to the new killer in town.

Felicity catches Roy using her computers to snoop for Thea (Willa Holland). When Roy idly mentions that Thea won’t be coming back, Felicity asks him why. He shows her Thea’s note from last season. She says that Roy should show Oliver, but Roy says it’s his fault Thea left, and it would hurt Oliver. Before any hard conclusions can be drawn, Felicity receives a text from Ray Palmer (Brandon Routh). We go to Queen Consolidated, where Felicity confronts Ray about his stalker tendencies. Ray’s been trying to woo Felicity to work at his reinvigorated Queen Consolidated, but she has been turning him down. Ray even spent several million dollars to buy out the low-rent tech company Felicity works for just so that she’d have to say she worked for him. Felicity quits on principle, and we get a lovely bit of compassion from Ray, who says, “I piss people off on a daily basis … and I know you’re not mad at me.” Ray is quickly becoming my favorite character. He’s got this easy likability coupled with endearing arrogance. But I’m not digging the double-breasted suit jacket.

Oliver tracks down Simon Lacroix (Matt Ward), a Canadian hitman with the codename Komodo. To my knowledge, this marks the first New 52 original villain to appear on Arrow. He’s a little different from the Komodo of the comics, but it was a nice addition. I was also glad to hear Jeff Lemire get his name dropped as a street in the episode. Oliver prevents Komodo from getting the killshot on his next target. And then they engage in the greatest thing I’ve seen on network television in years: a motorcycle-back arrow joust. It makes no sense, but it was a fantastic thing to behold. Two guys riding at each other, firing arrows, and then setting up for another pass. Oliver gets shot in the stomach with an arrow and Komodo escapes.  Laurel appears to be hanging out in the Arrow-cave now, and is none too pleased that Oliver let Komodo escape. She’s happy he’s not hurt, but still mad.

Laurel leaves the hideout and heads to the hospital to confront Komodo’s surviving target. In a Doctor Who-esque feat, she talks her way into the hospital room. The survivor is at first evasive, until Laurel goes into beast mode and smashes his broken arm against the bed rail! Where has this Laurel been for two years!? I like her. The victim starts to spill about pipelines in Kuraq (DC’s fictional Iraq/Iran surrogate country), but then Komodo fires an arrow into his chest, through the hospital window. Laurel again takes this in stride.

Back at Headquarters, Felicity is getting emotional about Sara’s death. In particular, she’s trouble by Oliver’s lack of emotion. He admits to feeling the weight of leadership as the team grows, and he is choosing not to be emotional so that he can better lead them. “If I grieve, nobody else gets to,” Oliver says, reinforcing his statement that Sara’s killer can only be caught if he leads them. He also admits that seeing Sara on the table foreshadows his own fate. Felicity is rightfully bothered by this. Later, Oliver is trying to contact his sister again, hoping to hear her voice at a time he needs to know how she’s doing the most. Roy looks on awkwardly before finally showing Oliver the note Thea left for him. Initially angry, Oliver seems to understand why Roy neglected to show him the note earlier, but is clearly wounded that Roy didn’t show him earlier.

Felicity finally figures out a connection between all of Komodo’s victims – ties to an oil pipeline – and of course another target is attending a function at Queen Consolidated. If you’re planning on hosting a dinner or fundraiser in Starling City, just don’t. Bad stuff will happen. Laurel goes to get a gun from the – unsafe! – unlocked tool chest, Oliver confronts her about the price of revenge and her own safety, and she appears to listen.

Ray Palmer gives a speech about investing in Starling’s future and how he will only pay himself a dollar for the next year. It’s not as solid as the board room scene from last week, but it’s good. Komodo attacks, but just as quickly, Arrow and Arsenal (Roy hasn’t been named as such in the show yet,  but I’m going to call him this) appear and engage him in a solid, quick fight scene. Arrow and Komodo end up alone and go arrow-for-arrow, including a bit in which Arrow grabs an arrow mid-air, turns around and nocks and fires the caught arrow! Badass! Sure, it’s impossible, but egads, it is a cool visual. Pinned by his own Arrow, Komodo is finished and unmasked. But then Laurel appears with gun drawn. Emotions boiling over, Laurel is ready to end Komodo. Only, Lacroix is not the killer. Sure, he’s another archer in town, but he was in Blüdhaven fulfilling a contract and getting drunk when Sara was killed. Laurel doesn’t buy it, but Oliver does. As Komodo says, “I’m proud of my work. I’d tell you.” Oliver warns her of the price of revenge, but she pulls the trigger. Fortunately, Oliver emptied the gun before they left the cave.

Oliver suggests that it’s right and appropriate for Laurel to tell her father what happened to Sara, and she initially agrees. Laurel goes into the precinct to tell her father, but loses the nerve when he fumbles a picture of his two daughters. She lies, and apologizes for lying to the police to enter the hospital the night before.

The gang bury Sara in her vacant grave from when she was presumed dead on the Queen’s Gambit. Laurel points out the absurdity of burying Sara in the same grave  without a proper burial. Oliver admits she deserves more but now isn’t the time. Diggle makes the small offer of naming his daughter Sara in her memory, and Laurel seems to like this. It is perhaps a bit odd and Diggle and Sara didn’t spend a lot of time on screen together, but it’s a nice gesture and exactly in character for Diggle.

Hong Kong Flashback: Tommy Merlyn (Colin Donnell) has come to Hong Kong in search of Oliver. Amanda Waller wants Oliver to kill him to tie up loose ends. Oliver refuses. Maseo (Karl Yune) tells Oliver there are only two options, Oliver kills Tommy or someone else does. Oliver comes up with a third solution: Drug Tommy and convince him to leave. So far, the Hong Kong sequences haven’t been great and feel a little tacked on. I wonder if the time will come for the show to abandon the flashbacks?

We finish off the episode with a montage. Oliver alone, finally allowing himself to feel again. Diggle comes in and they talk briefly. He rejoins the team, mainly to help Oliver through this situation. “Jon, I don’t want to die down here,” Oliver says as we cut away. Laurel is shown with the stuffed shark from earlier and Sara’s leather Jacket. Diggle is shown with the adorable baby Sara. Roy weighs calling Thea before deciding not to. And Felicity accepts Ray’s offer, stating that she wants to embrace life.

What did you think of this week’s episode? Where do you think Thea Queen will be going this season? What exactly does Ray Palmer have in mind for Felicity?