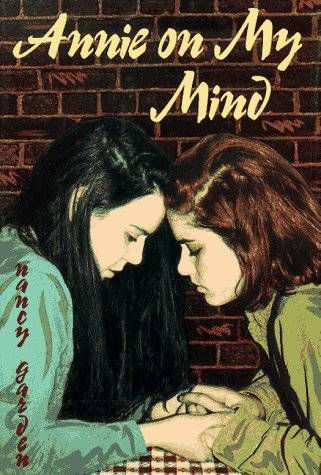 Two priests walked into a burned out church…

No, but seriously. The fourth episode of this season of Agents of S.H.I.E.L.D. opens with two priests discussing a 500-year-old painting that somehow miraculously survived a devastating church fire. What does this have to do with Coulson & co.? It’s not clear until one of the priests shows us what’s on the back of the painting: our symbols!

A fun scene with Skye (on a scooter!) and Hunter (making out with a woman—we see where HIS talents lie) follows, and Skye manages to get May (looking pretty stunning in a silver dress) and Coulson on the invite list to some fancy schmancy shindig. After a little exposition, we realize that Coulson and May are after the painting, and it’s somewhere in the house.

A side note: I loved seeing the banter between May and Coulson during these scenes. May is a great character who’s really developed over the course of the show, but we’ve never seen her loosen up. While her laid back attitude was just a cover, and she was faking, it was still nice to see a genuine smile on her face (but it was a little too weird to see her laugh. Knock it off, May!)

It was also great to see the development of the Coulson/May relationship in this episode. We know they have a history and that they go WAY back, but we haven’t really felt it much. Agents of S.H.I.E.L.D. hasn’t done such a good job with fleshing out its characters, and it seems like it’s focusing on them more this season, which is a welcome change. I really felt like these two had known each other for years and were reveling in that relationship, knowing things were likely to change soon because of Coulson’s symptoms.

But anyways, onward and upward.

Coulson and May have a great dance scene while they talk about serious things—Coulson’s symptoms are getting worse and he wants to talk about a contingency plan, which may is having NONE of. And then things come crashing to a halt when May spots General Talbot and they know their cover has been blown wide open.

Coulson approaches Talbot and has a surprisingly civil conversation with him. Coulson chalks it up to Talbot being drunk, but Talbot is being suspiciously nice, and that doesn’t sit well with anyone. Talbot agrees to allow Coulson to do whatever he’s going to do (or at least sort of).

Back to the bus! We get some witty banter among Skye, Hunter, and Triplett, before Coulson cuts in to tell them that he and May aren’t going to wait: they’re going for the painting now. Except they get in and can’t find the painting because it’s been taken by the U.S. government. What’s more, Talbot has notified Hydra (wait, what?? Talbot’s working with Hydra????) that S.H.I.E.L.D. is at the scene. Things are getting MESSY.

Coulson and May escape with their hides intact, only to run into Talbot, who has a tempting offer: he’ll allow Coulson to examine the painting in a secure military facility. What does he want in exchange? Nooooothing. Alarm bells go off in Coulson’s, May’s, and my head, but Coulson agrees to the deal. May goes to check out Talbot and make sure he’s on the level.

And we’re back at the bus again! There’s more character development here (which of course I love), more conversation, especially with Fitz watching and wanting to participate, but not having anything to say. Simmons-in-his-head encourages Fitz to bond with his teammates, but he runs away because it’s more comfortable to be on his own these days. It’s clear that confessing his feelings to Simmons, and her not reciprocating, has really affected Fitz; he’s not comfortable opening up to anyone anymore.

Meanwhile, May has figured out that it’s not actually Talbot who they’ve been talking to (hence the Hydra connection), but Hydra’s semi-big baddie with some sort of face changing software. They take May out and send an agent back to Coulson dressed up as May (super convenient that she and May are the same size and height, right?)

“May” and Coulson head out, but not before “May” puts some type of device on the bus that you KNOW is going to wreak major havoc. Coulson figures out that “May” isn’t actually May in the nick of time, leaving May and “May” to FIGHT (this was a pretty cool scene) while Coulson goes after the painting. He manages to snag it (though he tells the REAL Talbot that it’s been destroyed).

After Fitz saves the day and the bus and all the agents (YAY FITZ) Hunter wants to have a beer with him, and Fitz is finally convinced to open up to his colleagues. He blurts out the story of admitting his love for Simmons, and her leaving, and Hunter is taken aback at first, but rolls with it pretty adorably. And Simmons-in-Fitz’s-head seems to disappear: is this the road to recovery for Fitz?

May and Coulson finally have that discussion about a contingency plan—May has a pretty awesome plan to get Coulson out, but he ixnays that, saying that she needs to kill him, and soon, because he doesn’t want to go crazy. The episode ends on a pretty ominous, and sad, note.

SO. That’s what happened this week on Agents of S.H.I.E.L.D. Thoughts/concerns, especially on the focus on character development this season?