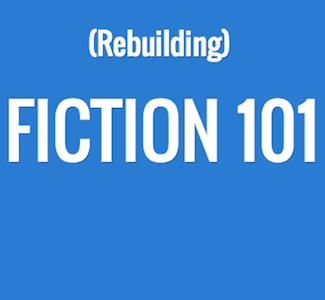 A couple of weeks ago I asked my brother a simple question: “Is your professor an old white guy?” He’s taking an introduction to fiction class at what will remain an unnamed university, and he sent me the reading list to see if I had read any of the books. The reading list consisted of four books by authors in this order: Tobias Wolff, Kent Haruf, E.L. Doctorow, and Jhumpa Lahiri. Certainly, these are all accomplished, renowned writers, but I couldn’t help but notice the first three were old, white men, and that Lahiri was seemingly thrown in at the end of the semester as a calculated choice to feign diversity. Despite my brother only sending me the book titles, it wasn’t hard for me to take a stab at what his professor might look like.

Now, my brother doesn’t read as much as I do, and the main reason his reading list immediately frustrated me is that I was worried this would only further distance him from the joys of reading. I saw two possible outcomes. Either he likes the assigned books and they would likely only lead him to more books written by white men, or he dislikes them and thereby is turned off from reading despite only being exposed to one type of author. Moreso, what suggestions are being made about higher education? I can’t imagine that an academic teaching a fiction course just happened to glance over the general composition of his reading list. The list seems to imply not only that literature written by white men is of sole importance to learning about fiction, but also that as readers, students will somehow gain more insight into the literary world by reading one faction of literature. Maybe I’m just being overly analytical. Yet, based on my own reading experiences this was a logical conclusion.
The fact is, despite being an avid reader, it took me a long time to broaden my horizons from reading canonized white men. My high school education tended to encourage this trend. The chunk of high school required reading that is 20th-century literature written by white men is sizable, and it was easy to get lost in the endless number of iconic titles produced by them. Reading The Great Gatsby in high school led me to Ernest Hemingway, led me to James Joyce, led me to Marcel Proust, led me to Jack Kerouac, led me to Henry Miller, and so on. (Interestingly enough, the first book I ever read by Jhumpa Lahiri led me to Tolstoy and Gogol.) In school, we mostly read classics that, in retrospect, came from a very particular authorship. Whenever we branched out to female authors or authors of color, my English teachers always made it sound like something being required by the school system. I don’t believe they did this on purpose, but kids pick up on that kind of stuff. It wasn’t until my senior year of high school that a teacher appeared truly excited about teaching a book written outside of the white literary canon (Ralph Ellison’s Invisible Man).

With that said, I don’t think I started actually forming my identity as a reader until around my junior year of college, when I started being exposed to a wider array of literature. I took a 300-level English class that exposed me to the noir fiction of Chester Himes, Jean Rhys, and Patricia Highsmith, a How To Teach High School English class that introduced me to YA, and an Asian Diaspora Literature class that introduced me to Asian writers from all over the world. As an English major, these classes made sense in my curriculum. They helped me broaden my reading selection and allowed me to fall in love with new genres, but this is not the normal curriculum for most college students. Realistically, for students like my brother (a forestry major), one required introductory literature course is the only English class included in his college education. Therefore, this is likely his only exposure to literature in an educational setting after high school, and it looks uncomfortably monotone.

Below I’ve included the book list for my brother’s class, followed by how I would rebuild it.

Tobias Wolff: In the Garden of the North American Martyrs

James Baldwin: Go Tell It on the Mountain

Iris Murdoch: Under the Net

As you can see, I only changed two of the titles, but in a four-book class, that makes a huge difference. I think the short story is an pivotal part of introducing fiction, so I can understand why the professor included two collections. However, I think it (and this is personal preference) it does the class a better service to start with Jhumpa Lahiri, who is a bit more contemporary. This collection, published in 1999, won the Pulitzer Prize in the 2000. Plainsong was published in the same year, so reading it next gives students an understanding of the wide range of writing being produced at any given time.

Modern Library hails both James Baldwin’s and Iris Murdoch’s novels as top hundred books written in English of the 20th century, making them both great picks to introduce college students to strong prose. I think this list exposes young readers to a more diverse library of books and also provides a more academically balanced introduction to fiction.

Quickly, I’d like to say I think both Tobias Wolff and E.L. Doctorow are both important writers and certainly worth teaching. However, in this case they tilt the reading list in one direction. My thought: why not add recommended readings with each book choice to the syllabus, and include them when teaching Plainsong. They can also always be included in other English classes. When I went to Michigan State, E.L Doctorow came to lecture, and a one or two credit class was offered solely teaching his books leading up to it.

I should also say, I haven’t spoken with this professor at all, so it would be rude of me to assume what his reasons are for teaching this curriculum. Maybe it was just an oversight, but frankly this type of educational oversight should no longer be acceptable.