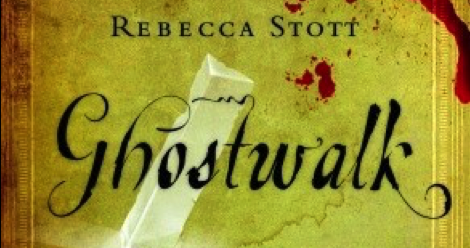 When the blackbird flew out of sight

It marked the edge

Of one of many circles. 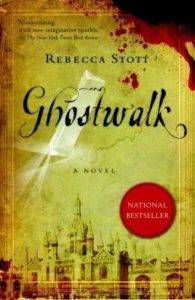 Where do I begin? In this novel of many circles, where a thousand worlds, frames, and people come together and ripple out in surprising waves, there is no clear beginning. The point of entry in a circle is nowhere and infinite and everywhere.

Does this mean we may enter anywhere? Lydia, the narrator, starts this story with one beginning but as she makes clear right after that, ‘there are other places where this story needs to start, places I can see now but wouldn’t have seen then, other beginnings which were all connected.’ Stott then gives us some other beginnings: Lydia’s ‘entanglement’ with Cameron, her lover; the parallel death of one Richard Greswold that happened three centuries ago, also in Cambridge. Still, all novels have a clear beginning, if only because we are bound by convention to read the first page first; so the first beginning we encounter, the point of entry chosen for us on our first reading, is the moment the blackbird flies out of sight. This blackbird is Elizabeth, a Cambridge historian researching Newton’s alchemical work. Her body is found near her house, floating in red in the river; and at her funeral, Cameron, her son, reads Stevens’ blackbird poem.

So we begin with the edge of the circle revealed by its flight. A glimmer of light—the prism, Newton’s prism, is found clutched in Elizabeth’s hand. This prism stands for the figure of Newton, through whose ghost historical, fictional and scientific data are refracted to us. Newton—the father of modern science. His ghost has taught us to think in Newtonian terms, in terms of a common sense that treats the world as knowable and predictable, space and time as distinct and absolute.

But when Elizabeth dies, what Stott illuminates, with surprisingly meticulous footnotes and research, are the darker edges of Newton’s life. Mysteries, suspicious coincidences, superstitions and apparent hocus-pocus. The stuff that would never appear in school textbooks. The kind of thing scientists would prefer to forget. But it’s through this darker ghost of Newton, Newton the alchemist rather the scientist, that the bewildering, ‘heterogenous mixture’ of information ‘like white light … be[gins] to divide into different colours, reflected upon a wall, shimmering, playing, opening out, and closing down’. What plays out in our imagination is a spectrum of colours; like Plato’s shadows, only more colourful. Yet these ‘colours’ are only metaphorical, mere ghosts—they shimmer and play out in our imaginations but when it comes to understanding they end with a ‘closing down’. The actual, literal colours in the novel are ‘imprisoned’ in the prism, glinting at Lydia as she turns it over and over in her hand. The prism ‘seem[s] to have a knowledge behind its hard surfaces…secrets it would never tell’. When it’s hung up in the Studio, the place where Elizabeth worked and where now Lydia works, ghostwriting Elizabeth’s unfinished biography of Newton, the prism doesn’t make rainbows as expected; instead, there is ‘just the sharpening of shadows crossing light’, like ‘something passing through’. And when a clairvoyant tries to invoke Newton’s ghost through his prism, what results is only a burn mark on the ceiling. The prism, like the novel, seems to uncover some secrets, but more often than not it only reveals secrets as such. The colour spectrum that Newton saw thrown on his wall is accessible to us, to Lydia, only as textual ghosts. Sometimes they bleed through a crack in her window, as if from some greater world beyond, reminding us of the cracks in our own. But more often we see only shifting light and shadow, like that cast on the Studio’s ceiling by a mysterious source that is only speculated about but never really discovered.

Well, so far nothing new, right? Ever since postmodernism, our epistemology—the way we know things and how much we can know—has been nothing but challenged. Postmodernism embraces this uncertainty: out with grand narratives! In with eclecticism! Yay, differences! (For more on postmodernism, here’s a nice list of books with minimal theorising.) But what Ghostwalk is concerned with, what it both celebrates and rues, is entanglement.

As a scientific concept, entanglement is both similarity and difference, at the same time. It’s a weird state in which two particles, after colliding or interacting, become so connected that even when they move light-years apart, they mirror each other. Incredibly, some physicists speculate that entanglement can happen between moments in time too, so that not only can the past influence the future but also vice versa. It’s a beautiful metaphor.

This metaphor frames the novel, our ghostwalk (our ghostly, insubstantial, speculative walk through fact and fiction, our walk with ghosts, as ghosts). In the beginning we find Elizabeth’s body through Cameron’s eyes; but Cameron dissolves, and we find out the perspective is really Lydia’s, Lydia imagining the scene as Cameron. ‘It was difficult to tell where your skin ended and mine began,’ writes Lydia, and with this use of second-person Stott entangles us, the reader, in her characters’ lives and skins. Self dissolves into other without reducing either or both of them because the unknowability of the other is still maintained. At the end of the novel Cameron is a ghost whom Lydia still doesn’t know, ‘a man of fractures and disguises’; yet she says to him: ‘And you, Cameron Brown, … lie close still, under, between, inside, for we became once, and still are, entangled together, imprisoned, like time, in a skein of silk.’ Imprisoned like time, like the colours in the prism. Imprisoned in a frame—the frame of memory through which the story is told, history constructed through flashback and imagination so that we may experience precisely this, imprisonment in one of many circles, the joys and sorrows of entanglement.