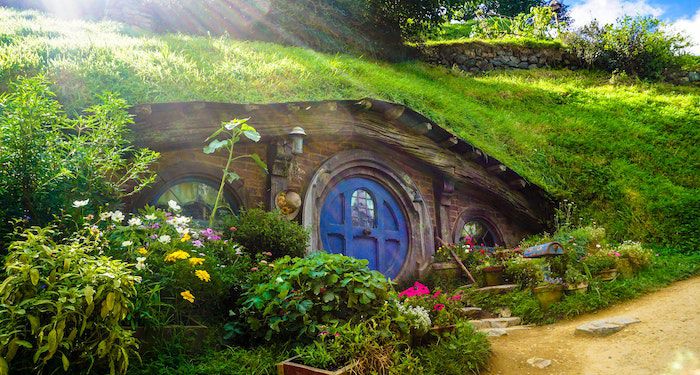 Readers everywhere keep lists, even if just in their heads, of fictional places they’d love to visit in real life. Narnia. Wonderland. Neverland. The Shire. In fact, the desire to see these fantastical locales is strong enough that many people visit the shooting locations of the film versions of the stories from which they originate, just to feel like they’re there. Heck, New Zealand has built a significant segment of their tourism industry around Peter Jackson’s The Lord of the Rings and The Hobbit films.

But readers don’t have to stick to the mythical to find cool fictional places to visit. There are plenty of real life locations that have been featured prominently in fiction and give readers the chance to plant their feet (and take the obligatory selfie) on the sites of some truly impressive literary landmarks. Here are just a few:

Site of Sherlock Holmes’ most suspenseful encounter with the villainous Dr. Moriarty, this Swiss waterfall is marked by the plaque at left, which reads, in part, “Across this dreadful cauldron occurred the culminating event in the career of Sherlock Holmes… he vanquished Dr. Moriarty, the Napoleon of Crime.” If you plan to visit the falls, make sure to go in the summer, as the trail to the top closes for the winter. Also make sure to wear your deerstalker and carry your life-size cardboard Cumberbatch cutout. Wait, does everyone not have those? Uhh, perhaps I’ve said too much.

Admittedly not the most specific landmark, but Dublin played such a vital role in Joyce’s fiction (particularly his landmark novel Ulysses), that there are Joyce-themed walking tours and guide websites devoted to tracing the paths of Leopold Bloom and other characters as they travel from one end of the Irish Republic’s capital to the other. In fact, it would probably take you considerably less time to visit every location mentioned in Joyce’s work than it would to read even a single section of Ulysses. Worth thinking about is all I’m sayin’.

Carl Schurz Park was designated as a literary landmark just last week. The park, which edges up to the East River in Manhattan served as a hangout for everybody’s favorite middle grade sleuth (sorry Encyclopedia Brown). Harriet the Spy will celebrate its 50th birthday in 2015, so if you’re in the Big Apple, swing by and spy on some folks in its honor! No, wait, don’t do that under any circumstances. Really. Please. I just got caught up in the excitement of the moment. Leave the other people alone, but maybe take the book and read a passage where Harriet spends some time hanging out at the park. Yeah, that’s better.

“The Pond” at Central Park (The Catcher in the Rye by J.D. Salinger)

One of Central Park’s seven bodies of water, this is the pond Holden Caulfield is looking at when he wonders where all the ducks go. Enter the park at 59th St. and 5th Avenue for easy access. And if you see some mopey looking kid scanning the water for ducks, just let him be, all right? The Catcher in the Rye features some other New York landmarks, including the Museum of Natural History, but the pond is the only one of those famous primarily because of its presence in the book.

Chandler fans have quite a few landmarks to choose from in L.A. but Angels Flight is unique. It features a couple of funicular rail cars (called Sinai and Olivet, for good measure) that connect Hill Street and California Plaza. The cars moved from their original location (which connected to Olive Street) back in the late ’60s, and has unfortunately proven to be less than safe. Accidents have kept the cars shut down for much of the past fifteen years. In addition to appearances in the Chandler novels, Angels Flight (no, it isn’t possessive; I checked) shows up in a Michael Connelly novel of the same name.

Bukowski’s 1971 novel is set in this post office branch, where he worked until he could afford to make a living as a writer. He had worked at the branch for years (just as the novel’s main character did) when a man named John Martin founded his own press and offered Bukowski $100 a month (for life, weirdly) to quit the post office and write full time, which Bukowski did, writing Post Office right away. 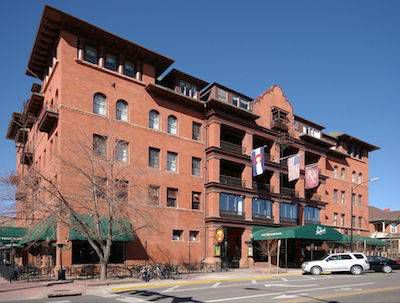 I’m going to go ahead and assume that nobody wants to visit Paul Sheldon’s other writing hideaway from Stephen King’s 1987 novel. Not that I’m insulting Annie Wilkes’ or the accommodations she offers. YOU HEAR THAT, ANNIE? YOU HAVE A LOVELY HOME! Ahem… anyway, the Hotel Boulderado is more than a hundred years old, much of the gorgeous original architecture is still in place, and it’s surrounded by Boulder’s beautiful landscapes. No wonder King’s character sought it out as a writing retreat. Just drive safely on your way there.
____________________