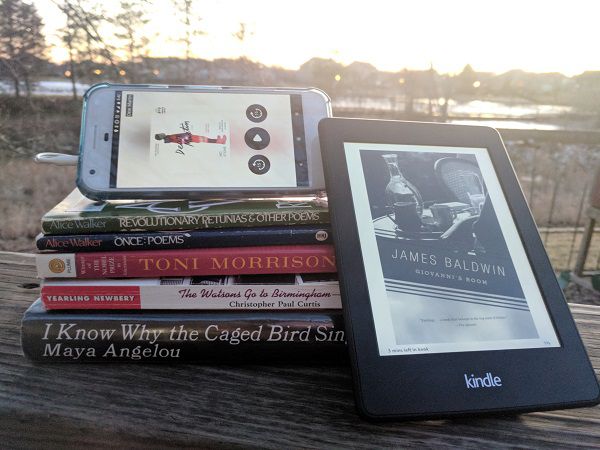 I’m participating in the #ReadingBlackout for Black History Month, reading only books by African American authors this February.

The hashtag comes from booktuber Denise D. Cooper, who’s only reading books by black authors in 2018, a challenge she’s calling “The Blackout Year for Books.” Even if you don’t join the challenge for the full year, the hashtag #ReadingBlackout is about prioritizing black authors from your TBR, so Black History Month seemed like the perfect time to join in. Others are doing the same, also using the hashtag #ReadSoulLit—there’s even a read-along of Toni Morrison’s Tar Baby hosted by booktuber Brown Girl Reading.

In a video about the challenge, Denise says, “I have books on my shelf from Stephen King that I bought when it first came out, and I’ve been wanting to read it for years and still haven’t,” so why not prioritize the great books by black authors she’s been wanting to read?

I looked at my shelf and TBR and found plenty of celebrated books by black authors I’ve likewise been meaning to read for years and still haven’t. So I’m joining the #ReadingBlackout for the month of February and planning to read the following literary classics by African American authors: 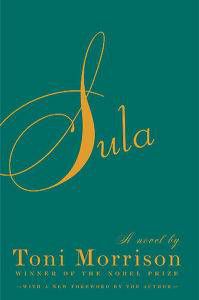 This will be my third Morrison novel, after The Bluest Eye and Beloved. Sula follows two black female protagonists from youth to womanhood. Morrison has a lot of great novels, but I picked this one because I already own it and figured I should start with what’s on my shelves.

2) Parable of the Sower by Octavia E. Butler

I don’t read much sci-fi, but I like dipping into the genre now and then. Parable of the Sower is my pick for #17 of the 2018 Read Harder challenge, “a sci-fi novel with a female protagonist by a female author.” The idea of a protagonist who suffers from “hyperempathy” in a bleak futuristic society sounds like my kind of book. 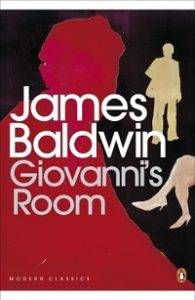 The main characters of Giovanni’s Room (1956) are two queer white men, but even this storyline ostracized the openly gay Baldwin from some of his readers, black and white. Baldwin was looked down on by famous black leaders and writers like MLK Jr and Richard Wright, and even the gay writer Langston Hughes disapproved of Baldwin’s openness about his sexual orientation.* Baldwin’s bravery in telling this story in 1950s America—and the book’s subsequent literary success despite the controversy—have me hooked.

4) The Watsons Go to Birmingham 1963 by Christopher Paul Curtis

I read Curtis’s Bud Not Buddy in middle school, but this particular Newbery Honor book wasn’t on my radar until my best friend in college told me it was one of her favorites growing up. The Watsons, an African American family living in Flint, Michigan, travel to Birmingham, Alabama, the summer of the 16th Street Baptist Church bombing. A book centered on this horrific attack, one of the defining moments of the Civil Rights Era, seemed like a fitting read for Black History Month.

5) I Know Why the Caged Bird Sings by Maya Angelou

Angelou’s memoir is always ranked near the top of lists on the best black literature, so it’s about time I read this seminal classic. I’m reading it alongside my best friend for our two-person book club. I plan to listen to the audiobook, which is narrated by Angelou herself.

This title comes with high praise from The Hate U Give author Angie Thomas. While its 2017 release means it’s too early for anyone to call it a classic of black literature, I thought the subject matter seemed perfect for Black History Month. As a white person who grew up hearing mostly watered down soundbites of MLK Jr.’s speeches, I’m interested to see Stone’s young black male protagonist consider Dr. King’s ideas in light of contemporary race issues. I’ll listen to the audiobook of this as well, which is only five hours, so it’ll be an easy one to fit into the month. 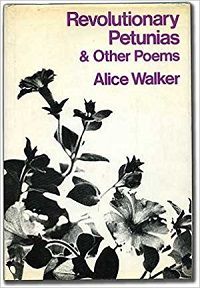 7-8) Revolutionary Petunias and Once by Alice Walker

Walker is best known for her novel The Color Purple, but her poems also explore issues of race, feminism, love, humanity, and forgiveness. I read her collection Goodnight, Willie Lee, I’ll See You in the Morning in 2014 after rescuing three of her books from my college library’s discard pile. The title poem and “Never Offer Your Heart to Someone Who Eats Hearts” wrecked me in all the right ways, but I haven’t gotten around to her other collections yet. Revolutionary Petunias is a largely-autobiographical book about revolution and love, and, in Walker’s own words, “those few embattled souls who remain painfully committed to beauty and to love even while facing the firing squad.” In Once, Walker reflects on both the time she spent living in Uganda and Kenya, and the Civil Rights era in the American South.

I typically read about four books a month, but with the inclusion of a few poetry collections and audiobooks, I think this list is manageable. If by some chance I finish all of these before the end of the month, I may delve into the Their Eyes Were Watching God by Zora Neale Hurston or Black Boy by Richard Wright, two other major classics of black lit. There are so many other excellent books by black authors, of course, and each of these authors has other work that’s worth delving into. That’s okay though, because while I’m only doing the #ReadingBlackout in February, reading black lit is a year-round thing (my January picks were Sing, Unburied, Sing by Jesmyn Ward and Dreams from My Father by Barack Obama). If you’re looking for some great nonfiction recommendations, Derek’s got black history recs for every month of the year.

Are you participating in the #ReadingBlackout at all this year? What’s on your #ReadSoulLit TBR for Black History Month? 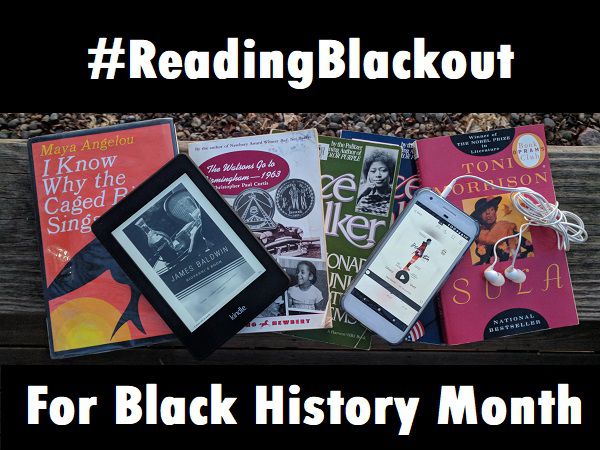