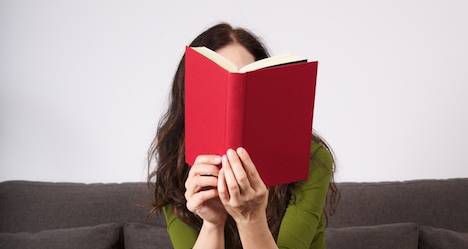 When I read, I pick up on how characters talk – their speech patterns, the phrases they use, but also how their voices and vocal habits are described. Rough voices, smooth voices, voice that stumble over words. Characters that can’t say certain words correctly always earn a begrudging affection from me because of my own lisp.

As a child, I never stuttered. My words just ran together, all the letters jumbling around my tongue. It sounded right to me. But to everybody else, it sounded a little… off. Or so they said.

It wasn’t just the stereotypical s into th and z into th. My ks and cs were all over the place. Going to speech therapy, the way they had me repeating words and syllables felt like they were trying to teach me how to speak all over again. It seemed silly – I already knew how to talk. I knew they knew that, too, because they could respond to my questions without me having to change how I was speaking.

I don’t know if the exercises they forced me to do improved my speech. I couldn’t tell you. I only ever did them when forced to visit the therapist’s office, and to me, the exercises sounded like I was over-enunciating everything.

I still have my lisp. It drives me mad to hear it when I listen to myself on a podcast or a video – it’s like somebody takes my perfectly normal s noise and drives it up with static. Otherwise, my speech is perfectly fine, or so my friends tell me.

But having to focus so much on my own voice and speaking as a child left me with a particular affection for how voices and characters are described.

Take this description of Amar’s voice from Roshani Chokshi’s The Star-Touched Queen.

His voice wrapped around me, lustrous and dark. It was the kind of voice that could soothe you to sleep in the same moment that it slit your throat.

Those kind of descriptions delight me, because I can learn everything I need to know about a character in that instant – in how they talk, how they sound, whether they stumble or slide smoothly into their sentences.

Those kind of descriptions never involve a lisp, a stutter, a speech impediment.

That might be one of the reasons I fell so hard in love with Gena from Hannah Moskowitz and Kat Helgeson’s Gena/Finn.

ME: shouldn’t you be studying instead of watching old sitcoms?

JOHN: trying to figure out if you still have that lisp
ME: ugh
ME: yeah

There are dozens of reasons that readers could relate to Gena: her mental illness, which she manages with medication; her love of fandom, which comes out in fanfiction and a blog; her transition from a private boarding school to a college. But that tiny interaction, casually dropped in as the story neared its end, made me dance in my seat as a ray of affection for Gena burst through my chest.

Why don’t we see more of these tiny moments in fiction? They can flesh out characters, make them feel more realistic – but they can also give one reader among hundreds a flash of kindred spirit, a moment of I’m not the only one who suffers from this sort of problem. I squealed and waved the book around when I read that Gena had a lisp, despite being on my lunch break in a quiet bookstore. I don’t know how younger me would have reacted, but it would have been with equal or even more intense enthusiasm.

I can imagine that those with stutters would react the same upon reading Susan Dennard’s Truthwitch, where Iseult’s childhood stutter returns in times of stress. They might feel the same about Silence by Deborah Lytton or A Seven Letter Word by Kim Slater, both YA books with characters whose stutters heavily influence their lives and plots, but that will depend more on the person. As somebody whose lisp doesn’t influence their day-to-day life besides the occasional roll of the eyes, I prefer my speech impediments incidental to the story, not a driving force of it.

Look, not every book should have a character with a speech impediment. There don’t even have to be stories that heavily involve speech impediments. For most people – for me – it’s not a plot point in my life. It’s just something that happens.

But it’s something I would like to see more of. After all, teens with lisps and stutters and other speech impediments exist. I was one of them. Why shouldn’t we see them in fiction?

All quotes above are pulled from the advance reader’s copies of their respective books and may be tweaked in the hardcover edition.