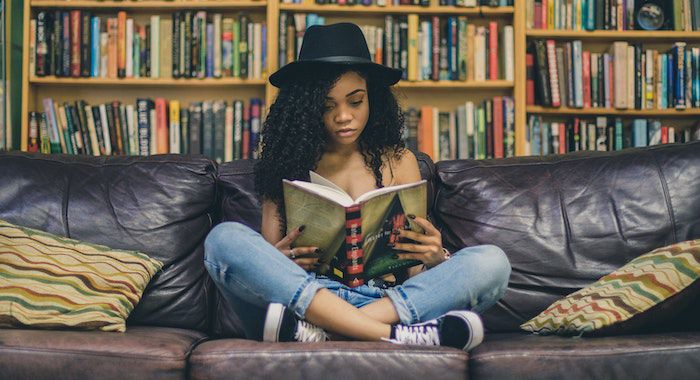 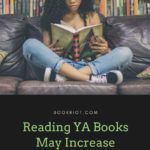 A new study from University of Oklahoma researchers Jessica E. Black and Jennifer L. Barnes published in Psychology of Popular Media suggests that young people who read YA books may be more empathetic than peers who do not.

Black and Barnes developed a two-part research study to deepen the exploration of earlier research on reading and its impact on morality. The study sought to make connections between reading different types of books—YA fiction, adult fiction, and nonfiction—and the impact each may have on empathy, moral identity, and moral agency.

“Moral self is the salience of morality in people’s sense of identity (Blasi, 1980),” according to the research methodology, “and integrity refers to the preference for consistency between moral principles and actions (Blasi, 1983).” These two definitions have been standardized enough in research to have tools making them quantifiable for researchers. The third, moral agency, is defined as “the ability to do what one believes to be right and to avoid doing what one believes to be wrong (Bandura, 2006).”

Familiarity with authors involved the use of a survey deployed in previous research on reading, but because Black and Barnes wished to explore YA authors specifically, they developed a separate recognition test. A YA list expert helped compile the list of YA authors, all of whom needed to have published at least three young adult books or had one bestseller, and none of them published an adult title. There were a total of 108 YA authors, interspersed with 40 fake names.

Both studies utilized students at a large midwestern university. Subjects leaned conservative in political identity, and their ages fell primarily in the 18 and 19 groups, with a few aged 20 or 21 and older. Black and Barnes believed this age group was ideal for this research, as people in that age range likely read books by young adult authors in their free time (discussion of prior research on who purchases YA books—primarily adults—was addressed). Likewise, given that the characters of YA books were similarly-aged, their ability to empathize and understand the perspectives and choices of those characters would be noteworthy.

It’s also YA books erupting in public discourse about censorship: morality and ethics form the core of attempts at censorship and book removal from adults fearful of what those books may impress upon young readers.

Black and Barnes controlled for gender, self-identified in the surveys, as well as personality, as assessed by the The Big Five Inventory.

The first study found connections between reading and traits like empathy, integrity, and moral agency and permissibility across all categories of books, though the connection wasn’t significant. There were differences in the types of moral impressions expressed depending upon book categories, though: Black and Barnes found participants who were familiar with adult authors tended toward more perspective taking but not empathetic concern. The opposite was true of YA fiction, where perspective taking wasn’t as strongly associated as empathy. Adult and YA fiction were associated with integrity. YA familiarity also correlated more strongly with perceived moral agency.

“By testing the association of book exposure to different moral constructs, we wanted to compare and contrast two competing theories: Does fiction function as a moral laboratory, encouraging greater moral awareness? Or is it more apt to cause moral boundary erosion by encouraging readers to imagine circumstances where normally taboo or impermissible acts could be morally acceptable?,” the study concludes. “Fascinatingly, the results of our two studies suggest it may have the potential to do both.”

For YA readers, there’s a lot of exciting takeaways to the research. First, now that a tool exists to assess familiarity with YA, more research on this category of books will likely emerge. Second—and something Black and Barnes note in their conclusion as a future area of investigation—familiarity with YA books is likely related to reading for pleasure, as opposed to reading for purposes like research or school. In other words, those who pick up YA books are more likely doing so because they enjoy reading as an activity in and of itself, and that may be why it is YA encourages stronger morals, including empathy and integrity.