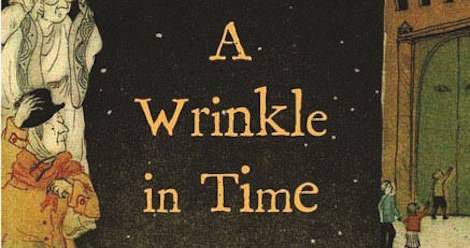 As I write this, we are just over a month into Donald Trump’s presidency. And, I am reading A Wrinkle In Time for the first time.

The presidency has been and continues to be bad. You don’t need me to rehearse all the policy changes, executive orders, cabinet appointments, tweets, and more. What has surprised me is how quickly my anger gave way to sadness. The anger is still there, deep inside, but it’s been cut with sadness, exhaustion, and a general sense that there’s just so much to do it’s useless to start. It’s not, of course, and I know that intellectually even when my body doesn’t. 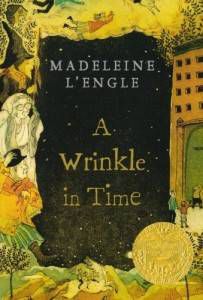 In the weeks since America started its slow descent into… whatever… I haven’t been reading much. In part that’s a product of spending a lot more time at protests, letter writing parties, organizing meetings, etc. In part, it’s because I hadn’t found a book that managed to walk the line between hope and despair in the way I needed. I picked up Madeleine L’Engle’s classic A Wrinkle In Time with low expectations. Sure, everyone from Chelesea Clinton to journalist Sarah Kendzior loves it. None other than Ava DuVernay is adapting it for the screen. Would I love it as an adult who currently feels pretty d*mn cynical about the power of light to fight darkness?

As it turns out, Meg’s story in A Wrinkle In Time is exactly the book I needed. You all read this as children, apparently. Somehow I missed A Wrinkle in Time as a kid (I blame all of my teachers, friends, and relatives for this) but its messages resonated with my adult self. I loved the whole book and a lot has been written about its core message of love trumping hate in light of the 2016 election. I want to focus on three passages that got me thinking big thoughts about resistance right now.

Stay angry, little Meg… You will need your anger now.

First, Meg is angry and she is encouraged to be angry. It is her anger that protects her and that keeps her clear-eyed when everyone around her is compromised by IT. We need more angry women in the world, if you ask me, because anger can be a generative force. As a culture, we tend to discourage anger– especially among women– as a negative, nihilistic force. Looked at from a different perspective, it’s anger that spurs change. We don’t talk enough about how women’s anger can galvanize social movements. In a short piece for the New Yorker, Dayna Evans said that, “refuse to shrink from your anger when you will no doubt be encouraged to. Turn your anger about racism, sexism, and xenophobia into engagement” in issues that matter. This advice could’ve come directly from Mrs. Whatsit.

We have to make decisions, and we can’t make them if they’re based on fear.

It seems to me that, as a nation, we’re making a lot of decisions right now based on fear. The “Muslim Ban,” for example, is nothing if not a policy based in fear, ignorance, and the radical rejection of a society based on inclusion, empathy, and shared humanity. Years ago, a neuroeconomist wrote in the New York Times that fear “is the antipode to progress. Just when we need new ideas the most, everyone is seized up in fear, trying to prevent losing what we have left.” As a nation, I don’t want us to make decisions based on fear but I also don’t want to see my fellow progressive activists fall victim to this kind of thinking. We have already lost what we had, not all of it and hopefully not forever, but that world is gone. Now is not the time to try and go back to how things were in October 2015. Now is the time, like Meg and Charles Wallace, to go forward. Let’s find out what’s out there and make the world we want to see. Let’s not wait for the worst to happen before we act.

There’s nobody here to save me now. I have to do it myself. I have to resist IT by myself. Is that what I have that IT hasn’t got? No, I’m sure IT can resist. IT just isn’t used to having other people resist.

This was the “ah-ha” moment in A Wrinkle In Time for me. Nobody is coming to save us, we have to do this ourselves every. single. day. With reports coming out about how much Trump’s ego is wrapped up in literally everything, it’s clear to me that even small acts of resistance can erode the effectiveness of this government. As a reasonably wealthy, powerful, and famous person Trump simply isn’t used to people telling him no– something we learned in a horrible way when that Access Hollywood tape came out. (I’d also argue that this is true for a lot of the men he’s appointing to his staff and cabinet). Saying no over and over and over again, even when it’s tiring, even when it’s hard, even when it’s scary is essential to resisting what’s happening. Demonstrating in big ways and little ones that they do not have anything close to absolute control is what will slowly erode their facade of legitimacy.

Frankly, A Wrinkle in Time‘s advice to readers feels like a pretty good, all-purpose pep-talk for any activist today: stay angry, don’t make decisions out of fear, love radically, and keep resisting.

I’ll sign-off with Mrs. Who’s wish to Meg, “May the right prevail.”

Read even more of our coverage into A Wrinkle In Time here.