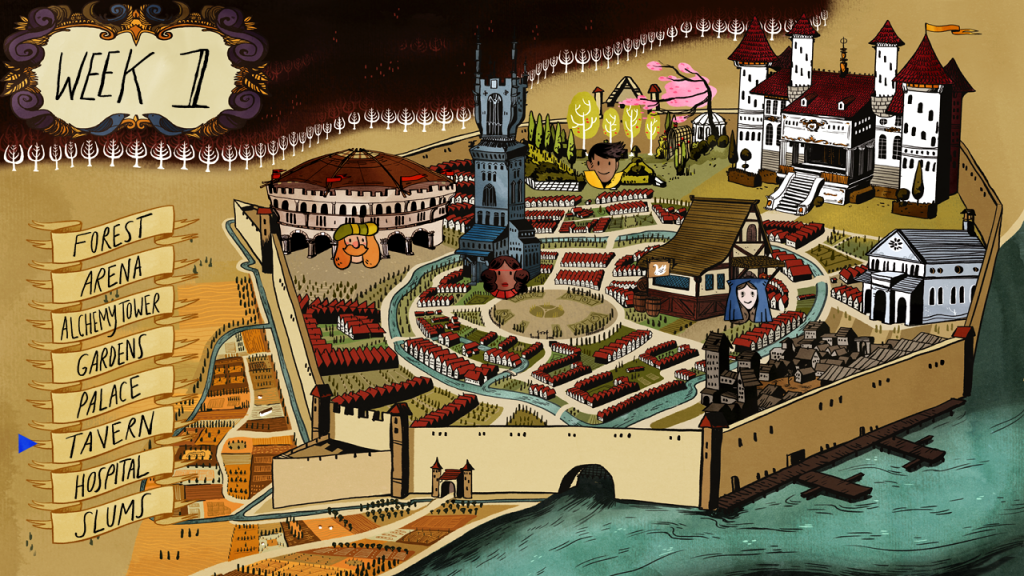 I’m Black and gay and to this day I have never fully seen myself in comics. There are so few examples of Black gay men that to even say I have little to choose from is a vast understatement. However, this reality has never dissuaded me from comics. In fact, I did find a way to forge emotional connections with powerful characters. These fictional people tend to be women.

The first comics I deliberately brought into my collection were from Perez and Wolfman’s run of The New Teen Titans, a fondness I’d developed through the Teen Titans animated series. While there was a wonderful cast of characters who had formed a family, I connected most with Wonder Girl, Donna Troy, and the semi-demonic Raven. They exemplified two parts of an emotional experience: Donna’s maturity, skill, and compassion along with Raven’s empathy and reservation. These two characters in particular inspired me to explore the experience of confidence and bravery with the recognition of feeling isolated from others. Through these women, I could process through my own feelings of being a teenager who had recently come out as gay, as well as someone who felt the desire to be courageous while exploring genuine feelings of separation from my peers. I saw something of myself in both off them which helped me pass the time but later reflected my desire to exist beyond the borders of gender set before me as a Black gay man.

After I discovered my love for comics around 16 years old, I would continue a now twelve-year journey into various mythos and fictional lives that would leave invisible yet indelible marks on my heart. While my first contact with superheroes was through cartoons and my first Kyle Rayner Green Lantern comic, I would come to find that the most important characters to me were women. My first tattoo was Jean Grey’s Phoenix sigil, and my next would be Carol Danvers’ iconic star, symbols which remind me of my own tenacity and power. Through the years, I realized that I could form more intense and significant emotional bonds with women in comics, a reality that helped me cope and embrace parts of myself I didn’t always feel society would.

Finding myself and my journey through women in comics was not because I had little else. This process just seemed to happen, appearing to fall into my lap. While I’m sure there are some other psychological things to unpack, I am nonetheless grateful for the slew of women who I’ve incorporated into my emotional repertoire because they helped me form a conception of myself that felt unlimited. Embracing women in comics, whether in cape stories or other genres, meant that I got to experience power through femininity, but also a masculinity that gave me freedom to explore who I am. I realized eventually that my own gender can be presented in a variety of ways that do not have to fit the portrayal of men in comics. Being able to access parts of myself through women in comics was as curative as it was affirming.

I’m grateful for my experiences in creating emotional bonds with women because they help to elucidate parts of myself that have long remained hidden. Gender for me is not clear cut and I’m not sure it ever was. So, drawing on the power of Carol Danvers, Jean Grey, or Monica Rambeau helps me to change some of the ways I approach myself, giving me a home to say, “I don’t have to take what the world gives me, and these narrow definitions of myself can be expanded.” I see myself in Carol when faced with assuming my own potential and how I manage my own stressors and issues. Monica is my avatar of adjusting to change and refusing to fade to the background. And Jean is my ever constant reminder that rebirth is possible, that some of my own strength lies in compassion and growth. These women, and others, have helped me process through many difficult times and will forever remain in my heart and rather literally on my skin.

Finding myself in people who don’t look like me helped me realize that “me” is composed of many things I am still realizing as I get older. Fictional women have had their role in my journey of understanding myself, what it means to be comfortable, and that power does not have to come from masculinity, as I was taught through much of my life. I’ve enjoyed having the chance to see myself beyond the narrow and restrictive boundaries of the gender binary, and as I learn more about myself I recognize that the sky is the limit. Women have shaped me to varying degrees in so many ways, and comics are no exception. Whether with the flames of the Phoenix or the energy of half-Kree physiology, women in comics showed me not just their own power and the importance of challenging masculine-coded power and strength. They also revealed to me that I am not so easily packaged into boxes designated at birth.