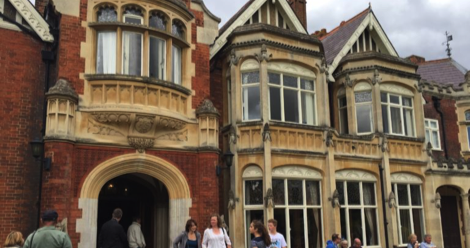 Located in a leafy section of Milton Keynes in England, Bletchley Park was the home of the Government Code and Cypher School (GC&CS) during World War II. In 1938, the mansion on the site and a lot of the surrounding acreage was planned for a housing estate but was instead purchased by Hugh Sinclair, head of the SIS. The purchase price was £6000, which Sinclair paid out of his own pocket. 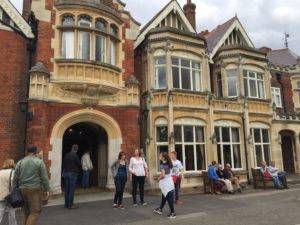 The Mansion at Bletchley Park

79 years later, I got the chance to spend some time at Bletchley, seeing an incredibly under-recognised piece of history in all of its understated glory.

Hugh Sinclair thought Bletchley would be useful in the event of a war; it had good transport connections and it would be easier to keep secret because it was outside London. ‘Station X’ was kept secret long after the end of World War II, it staff bound by a fierce code of honour that prevented them sharing the secrets of their work, until 1974, when FW Winterbotham wrote The Ultra Secret. Winterbotham has been a top ranking member of MI6 who reported directly to Hugh Sinclair- and though his knowledge of the actual codebreaking has been recognised as inaccurate and some of his account is blatantly incorrect, the story still captured the imagination of the public. In 1993, the site was opened as a museum. 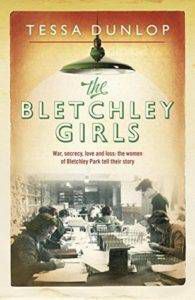 There are estimates that the war ended two years early because of the efforts undertaken by Bletchley Park staff- over 75% of which, some 8000 people, were women. The Bletchley Girls by Tessa Dunlop examines the stories of 15 such women, the ‘Debs’ of Bletchley who worked long hours in the huts to ensure intelligence was correct, or rode motorcycles across the English countryside to deliver messages in a time of fierce threat of invasion. The role of women in Bletchley is also examined in a book by one of the women who lived it, Mair Russell-Jones, who wrote My Secret Life in Hut Six.

Perhaps the most famous Bletchley Park worker though, was Alan Turing, mathematician and computer scientist. Turing was responsible for breaking the German naval Enigma machine. Estimates suggest that his work considerably shortened the war and saved millions of lives. Turing himself was prosecuted in 1952 for homosexual activity and underwent chemical castration before dying of presumptive suicide due to cyanide poisoning in 1954. He received a posthumous apology in 2009 from then Prime Minister Gordon Brown, and in this year the UK government passed the Policing and Crime Act 2017, which included an amnesty law pardoning men with convictions under historic legislation. 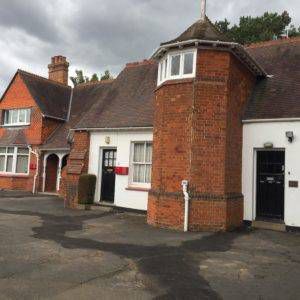 One of the cottages Turing worked in at Bletchley Park.

Turing’s story is a cruel one- the book Alan Turing: The Enigma by Andrew Hodges sums up his incredible achievements and the amazing capacity he had for mathematics and lateral thinking, as well as addressing his appalling loss and the impact of his conviction on his life. The book was turned into The Imitation Game in 2014, bringing the Turing legacy to a wider audience.

When the war was over, the workers dispersed back to their pre-war lives, urged to speak nothing of their experiences. The women of Hut 6 dismantled the machines that had helped win the war, consigning them to the pot of historical loss. Professors returned to their academic work. Not one medal was awarded until 50 years later. 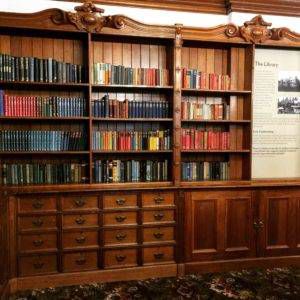 There is a small library at Bletchley Park, which was used as a place of social activity for the workers. Bletchley was a 24 hour occupation, shifts were long and hard and the concentration required to be successful was burdensome. As a result, social activities were important and this tiny library effectively seated many of the greatest minds of the 20th century. On the shelves stood aged copies of Pride and Prejudice, Lorna Doone, the works of Charles Dickens and (perhaps needless to say), the autobiographies of Winston Churchill. Volumes of Punch magazine and the Encyclopedia Britannica lined other shelves. The room is on the ground floor, full of natural light from the mansion windows. The wooden bookcases and shelves are works of art- carefully built and ornate.

The library is open for visitors and the history has started to be reclaimed. The concept of a library as we know it now is a modern invention- this one feels more homey, smaller yet somehow even more inspirational. This was where history was made- and a war was quietly, secretly, won in the dark.