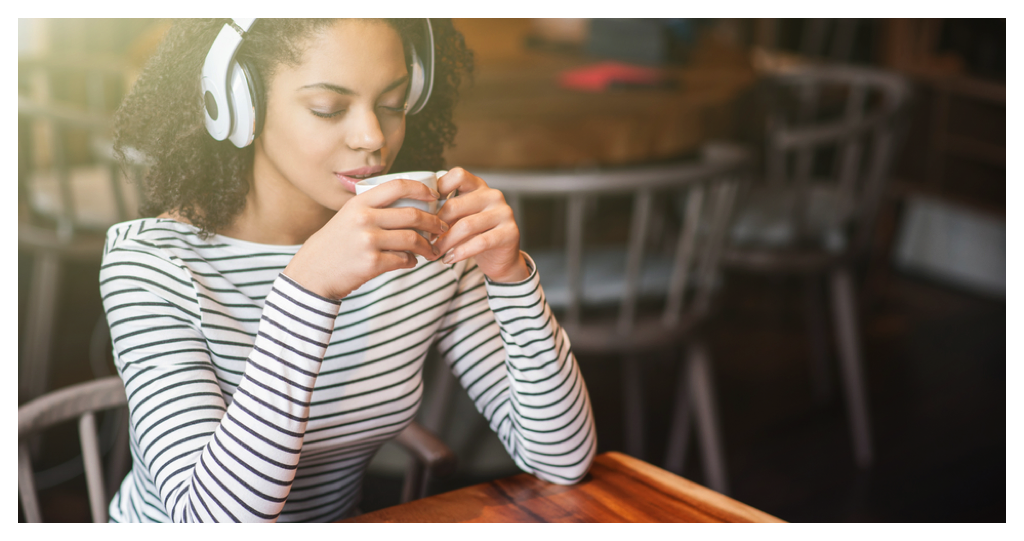 Whether your musical knowledge fits within a round goldfish bowl, a forty-gallon aquarium, or even the largest tanks at Sea World, there are barriers that limit your musical awareness. Ben Ratliff, in his latest book, Every Song Ever: Twenty Ways to Listen in an Age of Musical Plenty, writes about an ocean of music that exists outside of my tank. It ranges from pop, rock, blues, R&B, hip hop, jazz, to classical, experimental, world, and avant-garde. Each of twenty chapters speculates on a different aspect of music. Chapters end with a list of songs discussed. This is a perfect book to read while listening to Spotify. Just gander at this 160 song playlist based on the book. 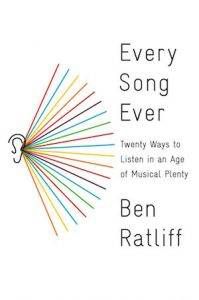 Ben Ratliff, a critic for The New York Times, can describe music with words, a talent I envy. Reading his essays makes my knowledge of music feel parochial. Spotify does not have every piece of music ever recorded, but its library is large enough to aurally supplement any book on music history. Spotify and other streaming music services are a game changer when it comes to studying music history. Anyone who doesn’t listen to the music they are reading about is doing themselves a serious disservice. Reading while listening beautifully illustrates why it’s so hard to create sentences that accurately describe the details of music.

Ratliff analyzes aspects of music that pushed my cognitive abilities to discern details in songs. (Even though I’ve been an ardent music fan for sixty years.) Normally we listen to what we love without understanding how and why. Unless we’re a composer or performer, we’re not likely to even notice the kinds of details Ratliff hears. I doubt casual music fans, especially those who are generationally trapped in the pop music of their youth, will appreciate this book. Its target audience will be those fans who love exploring unknown music territory and eras. 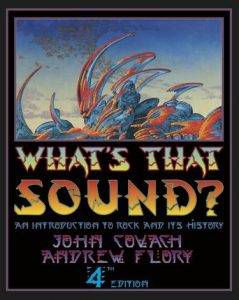 Ben Ratliff isn’t a typical music critic, so you might also enjoy reading Better Living Through Criticism by A. O. Scott concurrent with Every Song Ever. I’ve been tag team reading them, and that generates a worthy synergy.

However, if you want less intellectualism and more pure fun, get What’s That Sound? An Introduction to Rock and Its History by John Covach. This is a college textbook, so it’s expensive. I got a used second edition when I started Covach’s free online course History of Rock, Part One at Coursera. Combining What’s That Sound? with Spotify is an excellent mashup of education and entertainment, via reading and listening. There are existing playlists on Spotify for each chapter of the textbook, or you can create your own. I started listening to rock in the 1960s, so I especially loved Covach’s history of music from the 1930s, 1940s, and 1950s. He builds a song-by-song case showing how gospel, R&B, country, and blues evolved into the rock I knew. Succeeding chapters greatly expanded my knowledge of rock music from the 1960s through the 1990s. Reading this textbook got me to add hundreds of songs to my favorite playlists, so the homework is fun.

During the 1970s I slowly added jazz, big band, and swing albums to my collection. Expanding backward in time to the 1950s, 1940s, 1930s, 1920s, I gained an understanding of popular music evolution. My brain and ears weren’t trained for jazz, but eventually, my brain rewired itself, and jazz began to groove. Ken Burn’s great documentary, Jazz: A Film by Ken Burns, and his book Jazz: A History of America’s Music, which he wrote with Geoffrey C. Ward, is one wonderful introduction to this genre. There are countless books on jazz. Learning to love jazz is hard, even with books like How to Listen to Jazz by Ted Gioia. Quite often I’ll read a glowing account of an album, for example, Tomorrow is the Question! by Ornette Coleman. I’d then listen to it on Spotify, and find I don’t have the same passion as the writer of the book. Other recommendations would work immediately, like when I discovered Kind of Blue by Miles Davis. I’m overwhelmed by how much I love that album. If I had grown up with Jack Kerouac, his Charlie Parker era jazz would have been my rock music. Reading music history helps culturally time travel. As I read more about Ornette Coleman’s music, it changed what I heard. What I initially dismissed as unpleasant, even jarring, began to work as music, and eventually, parts became appealing. I doubt I can ever love jazz like Kerouac, because I didn’t grow up with it, but I am expanding my tank of musical awareness. 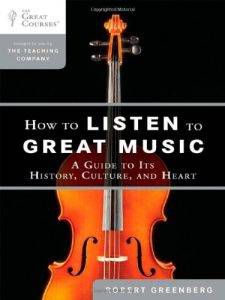 Going back further in time is harder. I never liked classical music growing up, but I keep trying to learn to like it. How to Listen to Great Music: A Guide to Its History, Culture, and Heart by Robert Greenberg helps. Also, listening to his Great Course lectures on Audible, How to Listen to and Understand Great Music, 3rd Edition, puts classical music in historical perspective. I’ve discovered I only love about 1 out of 100 classical pieces. But like working with jazz, reading how and why those composers created their works helps alter my brain, so listening becomes more conscious, and sometimes moving. I’ve even discovered a few opera arias I love. Yet even after reading a masterpiece of insight like Gödel, Escher, Bach by Douglas R. Hofstadter, I still can’t comprehend the brilliance of the “Goldberg Variations” with my ears. Intellectually I can understand why they are mathematically brilliant, but I’ve yet to hear it. I haven’t given up though.

Reading about music history while listening to Spotify is expanding my consciousness. It makes me wonder about the nature of music itself, and for that, I’ve been reading Musicophilia by the late Oliver Sacks. Dr. Sacks wrote about neurological oddities whose conditions reveal how our brains work. His case studies are always mind blowing, like the man who can only remember for seven seconds, except for music, or the guy who got struck by lightning and became obsessed with Chopin.

My interests are much more mundane. Why do we imprint on the music we hear in adolescence? Why is it harder to love music from a two hundred years before our birth than twenty years? Why is music from India, China, and Japan so different? Ben Ratliff touches on cross-cultural music here and there in his book, like when he talks about John Coltrane listening to Music of India by Ali Akbar Khan during 1957-1961. The advantage of reading while listening to Spotify inspires me to play both Coltrane and Khan, and search out articles like, “The Influence of India Music on Jazz” by Marc Rossi.

I highly recommend reading music history books while listening to Spotify, or your favorite streaming music service. It’s also fun to have an Amazon Echo, because I can sit in my reading chair and say things like, “Alexa, play ‘A Love Supreme’ by John Coltrane,” as I read and she will.