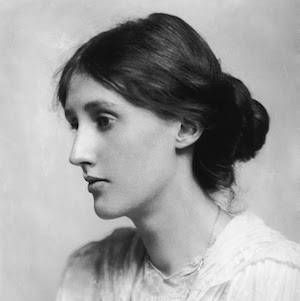 I received my copy of Virginia Woolf: A Writer’s Diary from a friend as a present for my 23rd birthday. It took me six years to finish reading it;  I did a great deal of growing up in that time, transforming my reading experience as I grew.

My friend inscribed the book to me, calling me a strong and bold woman and writer. But I didn’t feel strong or bold. I felt weak and scared. Nothing I did seemed right. My writing was a mess. I regularly concocted theories that my professors had been drunk when they decided to admit me to my MFA program.

I turned to Virginia Woolf for help and guidance. When I began to read her diary, I looked to her as an oracle of writing. She intimidated me even as she taught me, but to my surprise, she was terribly critical of herself. Over and over again, she lost hope in her own writing. It seemed that she was always waiting to find that she had lost her gift, her will to go on with writing. When she found the ability, the nerve, the energy for it again, she always seemed surprised.

She struggled not only with her own high standards, but also with her illness, with headaches and bouts of depression. She ran a press, she had a husband. Then there was the war.

But even with those obstacles, Virginia Woolf was a writer’s writer. For as many moments of artistic despair as there are, one also finds glimmers of hope, of faith in the process. In 1933, she wrote, “I must not let myself believe that I’m simply a ladylike prattler: […] No, I must say to myself, this is a mere wisp, a veil of water; and so create, hardly, fiercely, as I feel now more able to do than ever before.” In 1934, she spoke directly to those of us who would come after her:  “A note, by way of advising other Virginias with other books that this is the way of the thing:  up down up down – and Lord knows the truth.”

I have always found difficulty in reading books about Virginia Woolf. The professor who introduced me to her in college suggested that it was because we weren’t – and still aren’t – ready to have lost Virginia Woolf. As I neared the end of her diary, I braced myself for it. Virginia Woolf always wrote sporadically in her journals; her final entry is dated three weeks before her death. She and her husband had fled to the countryside, and their home in London, their neighborhood, and the homes of their friends, had been blown to bits. She had begun to see the people around her die. Despair had settled in.

When I taught literature classes, I warned students against reading an author’s biography too deeply into their creative works. I knew this rule, and yet, as I neared the end of Virginia Woolf’s diary, I found myself looking for clues. I wanted some warning, some self-awareness, some moment that might explain what was to come.

Her final entry is unremarkable. But it’s her final sentences that broke my heart, that has haunted me for months to follow:  “And now with some pleasure I find that it’s seven; and must cook dinner. Haddock and sausage meat. I think it is true that one gains a certain hold on sausage and haddock by writing them down.”

Sausage and haddock? She’s Virginia Woolf, she terrifies me and astounds me, and I love her, and her final written words to the world of her diary, before she took her own life three weeks later, is about sausage and haddock. The cook in me smirked, the way we smile over a bittersweet memory of loved ones who have passed. After all that, it’s sausage and haddock. It’s life. But the writer in me – the part of me that doesn’t always have food on the brain – stalled out.

We build up authors so that they become epic and mythic, each huddled away on their corners of a literary Mount Olympus, scribbling or typing. The place smells of coffee and books and anxiety. But in the end, they’re people, not gods. They’re people who must eat dinner and fear bombs and attempt to get a handle on cooking sausage and haddock. This is a challenge as big as writing The Waves or Mrs. Dalloway.

Virginia Woolf was epic to me. But she was also just a person. She could no more fix my insecurity than fix her own. But her diary showed me that I’m not alone. “A note, by way of advising other Virginias…”

That’s me. That’s us, her literary daughters. Whether writing our stories or gobbling up books or cooking dinner or fighting our demons – it’s all the same, and we must write it all with equal devotion, follow the trains of thought that make up our lives. “Up down up down – and Lord knows the truth.”