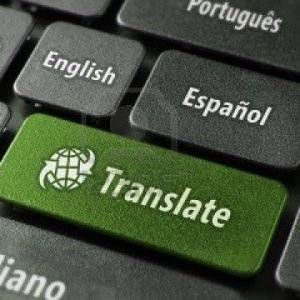 One of my literary New Year’s resolutions was to read more works in translation, and so far, I’ve done pretty well. According to my records, nearly 50% of my reading has been translated fiction.

Why did I make this one of my resolutions? Because reading a book that wasn’t written in my native language, by someone whose culture I’m probably unfamiliar with, will help make me a better person.

Now, I’m no la-dee-da–utopia-flowers-unicorns-loooooooove-sparkly-stars! kind of girl. As you know. But I do know, from my own experience and from reading essays and posts by translators, as well as articles and introductions by translated writers, that the very act of translation is a bridging of (seemingly disparate) cultures. Of course, American culture is different from French culture is different from Indonesian culture, etc. Ultimately, though, we are all plain ol’ humans, and humans have some, you know, cross-cultural/national/ethnic similarities. We all love, hate, fight, care for one another, dream, and above all, tell stories.

When we read a translated text, we’re stepping into another country and its history, with all of its traditions, songs, wars, art, religion(s), and languages/dialects. Just the simple act of reading about, for example, a young girl’s experience growing up in Northern Ireland, or a middle-aged man remembering his boyhood in Communist-era Bulgaria, forces us to confront that which we’re (probably) clueless about.

But isn’t it always more comfortable to read about what you know? Isn’t it easier to stay locked up in a bubble of sameness and recognition? Well, as Book Riot has pointed out many times, reading about the experiences of people who don’t look like you will make you a better reader and a better person. You’ll further develop such basically human traits as compassion, tolerance, and understanding. You may not run outside and join hands with all of humanity and sing, but at least you’ll recognize that it’s at least more interesting when we all share our different experiences.

To be clear, no one’s offered me the Nobel Peace Prize, and I don’t think I should be crowned with laurel and hoisted up on shoulders and declared “awesome.” Rather, I’m saying that immersing myself recently in the texts of Japanese, Bulgarian, Finnish, and Polish writers has forced me out of my comfort zone. I’ve learned about post-war Japan (Red Girls), Communist-era Bulgaria (The Physics of Sorrow), Finnish fantasy/magical realism (The Rabbit-Back Literature Society), and Polish sci-fi (Nest of Worlds, The Old Axolotl) in ways I never would have from simply learning the facts about these countries in school.

And I’m stressing fiction here (though I do need to get back into poetry, as well) because the ways in which we humans tell stories reveals our differing worldviews but also brings us together. I can now, for instance, talk to my friend who recently moved back to Japan about contemporary authors that she reads, and about how they’re received in their home country. We can discuss how translation has changed/enriched the text that we both read, just in different languages.

I plan to continue reading translated fiction and getting in your faces about how awesome these books are so you’ll read them, too. The more we read in translation, the more we’ll get of it here in the U.S. So read more books in translation. Support publishers who bring us those books. Let’s do this.