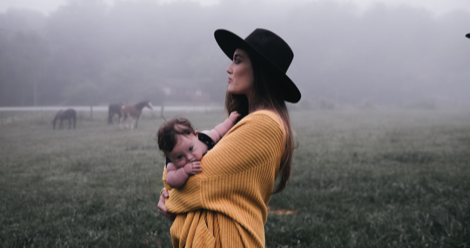 There are a lot of children’s books out there. Million upon millions, I would imagine. Some have beautiful illustrations. Engaging plot lines. Whimsical characters. A moral or lesson you might wish to impart on your young reader. But not all books are fun to read aloud when reading to your baby, as I have discovered in the past six months. 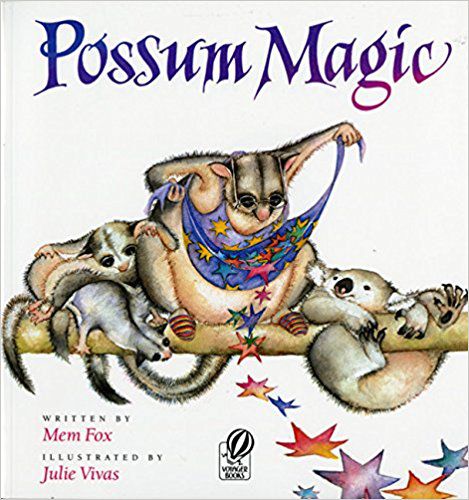 When I was pregnant, my husband and I took a trip to Australia, where I stocked up on Australian children’s classics that I already knew were a bit harder to find in the States. These were primarily books by Mem Fox: Possum Magic, Where is the Green Sheep, Ten Little Fingers and Ten Little Toes. I knew that they were classics, but I didn’t know why.

At my baby shower, guests were asked to bring their favourite children’s book instead of a card. I also had a number of books on the registry, carefully curated from Book Riot lists. So before my baby was even born, she had an extensive library with books overflowing from her bookshelf. I thought it was going to be enough to last us for years, and we would systematically work through the books and read everything that she had been given. She would be a well-rounded baby reader.

Then I actually had the baby. And I discovered what reading to your baby was like. For us, there were a few different stages. In the first month, we attempted story time twice. She was three weeks old. We tried to implement a bedtime routine that involved a bath, a feed, and a story. So the baby was bathed, and she was fed, and then we tried reading her a story. She would have none of it. We tried again the next night. Still no. Then we gave up on the story, and just stuck to the feed. We realised that at that point in the day, she was tired, half-asleep, not paying attention to anything really except to cry at it.

In the following weeks, I switched up the reading strategy. I gave up the bedtime story, and instead read to her during the day. We read a number of her books, but she wasn’t really paying that much attention. She mostly fell asleep as I was reading. I decided if she wasn’t going to pay attention to what I was reading, but just enjoyed the sound of my voice, then I would read aloud whatever book I was currently reading. Even murder mysteries can be comforting if you read them in the right tone.

When she was about four months old, she started paying more attention to books. Her eyes would focus on the pages, she would look at the colours and illustrations, and she would smile at me as I read to her. It was around now that it seemed like there were some books she liked more than others. I stopped reading my books to her.

Now, at just over five months, story time has become an integral part of our day. It happens multiple times throughout the day. Never mind all the research that shows reading aloud is good for your baby—I’m doing this not because I think I should, or because I love books, but because this is an easy way to entertain a baby. She is spending more of the day awake and alert, and she likes it when I pay attention to her. There are only so many one-sided conversations you can have with a baby, so my solution to ‘What do I do with an awake baby who wants me to talk to her and look at her?’ is to read to her.

During this period of multiple story times a day, usually reading three or four books at a time, I’ve learnt why those Mem Fox books became classics, and why Julia Donaldson is such a successful children’s author with numerous accolades. They are an absolute joy to read out loud. It’s not just that their books often rhyme—I’ve read other books that rhyme that don’t spark the same joy. Instead, I’ve found that it’s the cadence or rhythm that matters more. My favourite books to read are the ones with fantastic cadence, bright and colourful illustrations, and an engaging story.

Not all of the books in my baby’s personal library fit the bill. Some of them have great pictures or lessons, and I’m sure I will be grateful to have them once she reaches the target age bracket and can understand the stories better. But they aren’t as fun to read out loud, so for now, they stay on the shelf.

Instead, we go to the library almost every day. We borrow books that I hope will be good read-aloud options, sometimes buying them after they’ve passed the test. Today’s stack of six books is loaded into her stroller and we walk home, in greedy anticipation of the afternoon’s literary delights.