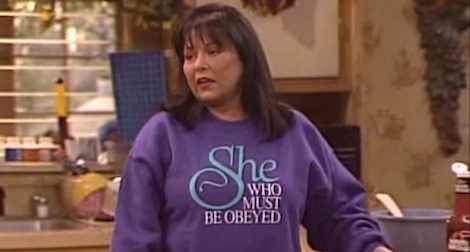 Roseanne was one of my favorite shows when I was growing up in the ‘90s, and though I would have told you at the time that it was because it was funny and because I had a huge crush on Darlene, when I watch it today I see so many more reasons I connected with it.

For a fellow Midwesterner who grew up in a smallish city that was losing construction jobs at the same time Lanford was, to watch this middle-class family struggle to make ends meet, to watch them laugh through it all, it meant a lot to me. It still means a lot to me. So, Roseanne and Dan, my favorite sitcom couple, here is my overly optimistic reading list for you.

Men Who Live on the Sea by Yoshiki Hayama 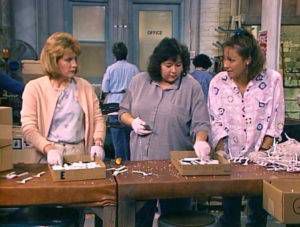 One of my favorite story arcs of the series is the time Roseanne gets fed up and sassy, and leads a walkout at the factory she’s working at, which makes me think she’d be into this book about awful factory conditions fish processors had to deal with.

Though, I’d actually recommend she start with his short story, The Prostitute, in which a prostitute focuses on the gender tension in workers’ movements by insisting that she’s a working class woman.

I swear I’m about to stop suggesting books heavy on the labor theme in just a second, but I can’t do it without suggesting this book, which is the story of a group of California fruit pickers and the difficulties of their attempt at organizing and striking.

I’d like to send some classics her way, which is why I’m recommending Germinal. It does an incredible job of exploring a wide range of the issues involving the exploitation of the working class.

Though it may seem to be about fox hunting (snooze), it’s actually about the lives available to girls and women.

I know, I know, I have to stop giving her homework. So yeah, let’s throw The Palace of Illusions at her and hope she loves the escapist story lines of its half-history, half-myth. 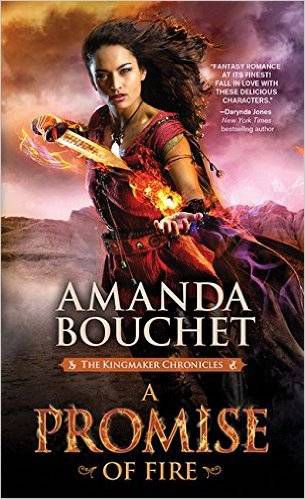 A Promise of Fire By Amanda Bouchet

I haven’t had a chance to read this one yet but another Rioter  recommended it for folks interested in female rage and romance, which seems like something that would be right up Roseanne’s alley.

On Writing by Steven King; The Elements of Style by Strunk and White; Bird by Bird by Anne Lamott

Of course, when the series ends we learn that the final (terrible!) season was just Roseanne writing, but even if we forget that entire season (yes, please, let’s!) there was still a plot several seasons before in which Dan set up an office in the basement so she could concentrate on writing.

She struggled, as most of us do, so let’s give her a few writing books that may tickle her tickle bone. On Writing by Stephen King is a classic for a reason – it’s highly readable and very useful – and I’m forever giving out copies of The Elements of Style to young writers, because I’m a jerk and also because it’s important. And then of course Bird by Bird by Anne Lamot because she’s lovely and it’s lovely.

That should give her plenty to get started with!

This book immediately came to mind with its main character, Sully, a building contractor who’s struggling to make ends meet and, after a drinking-inspired accident, is forced to work around his small town as a handyman. He’s a great example of why some men, no matter what their skills or how hard they work, are anything but independent.

Those of us who did stick through all nine seasons know that Dan eventually died of a heart attack. Let’s see if we can help prevent that with the help of Mr. Abe’s Goody Book: Optimistic Cook by Kenny Sylvester. Not only does this cookbook include recipes without added sugar, salt, etc., but the author photographed his own dishes. His goal was to show real people what real food would look like, without all the bullshit – which I think is something Dan could get on board with.

Hillbilly Elegy: A Memoir of a Family and Culture in Crisis by J.D. Vance

Though, as fellow Rioter Josh Corman pointed out, this book is problematic and oversimplified in ways that require some critical thinking, I love to imagine Dan starting a book group and all the locals at The Lobo sitting down to argue its finer points. 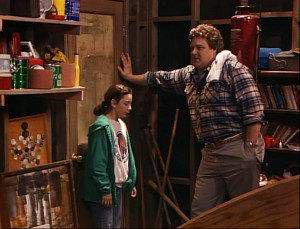 Darlene gets her first period. What’s a father to do!

Express Yourself: A Teen Girl’s Guide to Speaking Up and Being Who You Are by Emily Roberts

Dan was a good father but I have a feeling if I went back and watched the show now, there’d be some problematic parenting going on.

Today I’d recommend he work to better understand what his daughters are going through. I haven’t read this book, but the one-star review on Amazon is pretty condescending in general, and more specifically says, “perhaps this would be good for children in public school that are overly sexualized at an early age,” which makes me think it’d be my kinda book – and perhaps a Conner favorite too.

What would you put on a reading list for your favorite TV couple?