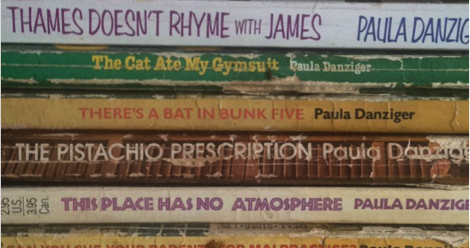 I grew up in New York. People frequently ask me where in New York, and I am never sure how to answer. I was born in Manhattan. I have fond memories of a year on Long Island. And when my parents divorced, my mom moved to Woodstock and my dad stayed primarily in Manhattan. I split my time semi-evenly, navigating the differences between city and small town, between parents, between groups of friends. 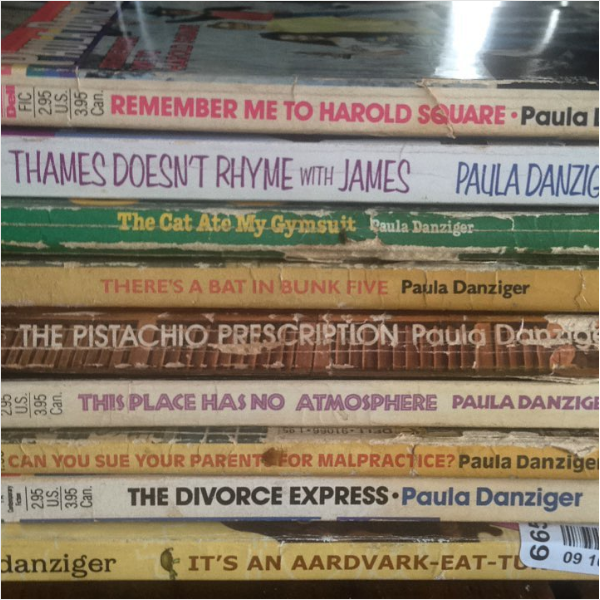 And remarkably, there were books that seemed to be written just for me: Paula Danziger also lived in Woodstock and New York City, and her early YA novels were almost all set in one or the other (with exceptions set in New Jersey and on the moon); some featured characters who, like me, split their time. What a gift, to be able to see myself so clearly in an author’s work!

Paula Danziger was a fat kid who didn’t get along with her dad, and she drew on that in her novels, but she also wrote about issues that weren’t getting as much attention then, like divorce, protesting unfairness locally and politically, kids’ rights, being biracial, sex (at least thinking about it), and dating a younger boy. After several years of writing YA, Paula switched to middle grade and chapter books, where she created her most famous character, Amber Brown (who is not a crayon). Amber’s image is etched on Paula’s tombstone; she died very young (53) of a heart attack in 2004. By not-so-remarkable coincidence, she is buried in the Artists’ Cemetery in Woodstock, the place where I spent many, many hours as an angsty teenager.

So where to start with her books? First, a caveat: I recommend going in with the expectation that her YA is much more like today’s MG, and that’s okay. 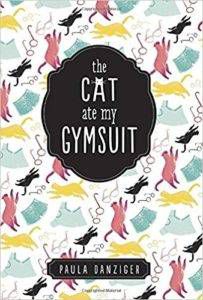 The Cat Ate My Gymsuit. Paula’s first novel is a pretty raw exploration of her feelings about her dad. She once told my fifth grade class that she regretted the novel’s opening line, “I hate my father.” It’s also beautifully written and Marcy, the shy main character, learns how to stand up for what she believes in when her favorite teacher is fired for refusing to say the pledge of allegiance. She also learns to understand her parents a little better, and to be okay with her fat body. 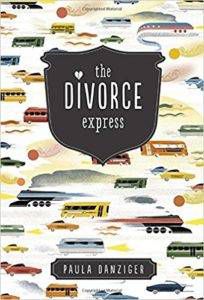 The Divorce Express. Paula’s second book is the one that I think is the litmus test: if you don’t love this book, she’s not the author for you. It’s not perfect, of course—it deals with race clunkily, but it deals with it (which is more than many books were doing in 1982 or even now). Her parents recently divorced, Phoebe rides the bus between her old home, New York City, where she stays in her old room with her mom, and her new home, Woodstock, where she and her dad have made the summer house home. She starts school and almost immediately finds herself heading up a student group trying to improve the cafeteria food. Also she meets Rosie, who becomes her best friend, starts dating Dave, and learns to live with her new life. Mostly. 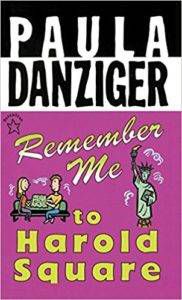 Remember Me To Harold Square. I feel like Paula had really found her rhythm here. Plus, the premise is really clever: Kendra, her little brother Oscar, and handsome, quiet Frank, her parents’ friends’ son from the midwest, are stuck together in New York City for the summer, and Kendra’s parents have sent them on a summer-long scavenger hunt to help them learn about the city…and to keep Kendra and Frank from hooking up. (Only one of those is a success.)

All three of these books have sequels: There’s A Bat In Bunk Five, It’s An Aardvark Eat Turtle World, and Thames Doesn’t Rhyme With James, respectively. I have to offer a trigger warning for There’s A Bat In Bunk Five, as Paula unfortunately chose to make Marcy skinny in this book—though she handled the emotional stuff with great care, she did opt to have her no longer be fat. It’s An Aardvark Eat Turtle World is told from Rosie’s perspective, which is pretty cool. And in Thames Doesn’t Rhyme With James, Kendra and Frank’s families go to London together and their parents try to make them embark on Scavenger Hunt Part Two, which doesn’t quite go as planned. 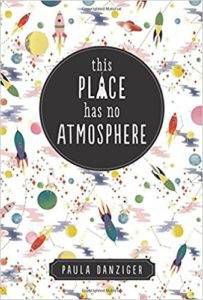 I went back and forth several times trying to choose one of her stand-alone books to recommend (since my true recommendation is to read every single one of her books). It was decided for me when I posted the header image on Instagram and received multiple comments from friends who’d loved This Place Has No Atmosphere. In some ways the greatest departure from Paula’s other books, it really shows her ability to make the experience of being a teenager universal: Aurora is a happy, popular teenager with a wonderful life in the future (2057), when everything is disrupted by her parents’ announcement that her family is joining the colony on the moon! When they arrive, Aurora has to navigate a living situation she doesn’t know how to handle—will she survive? (Of course she will. Paula believed in her characters.)

You can’t go wrong choosing a Paula Danziger novel to start with, but I hope this helps you to narrow it down. I’ll close with a few words she shared with me many years ago: 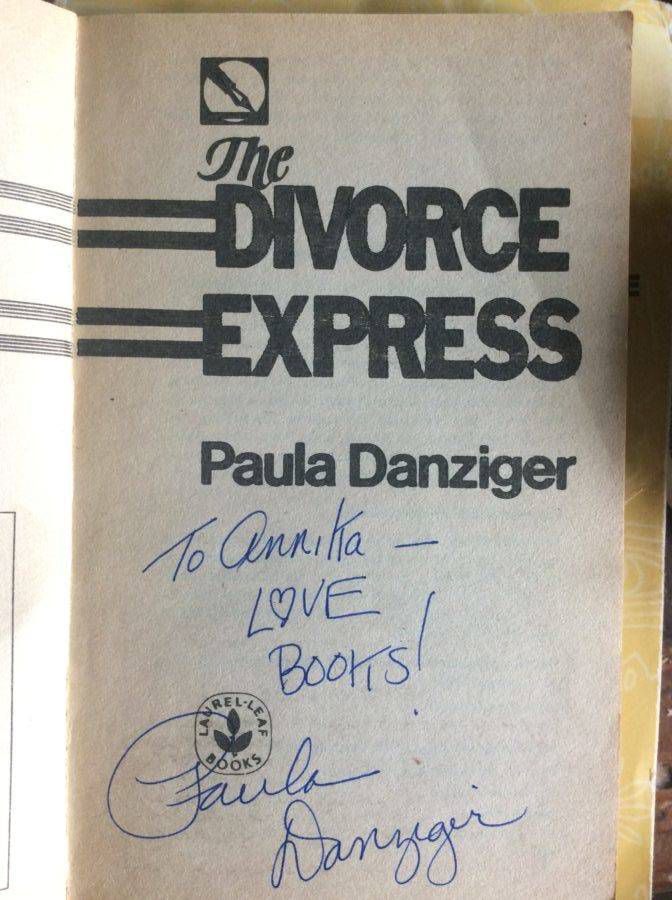