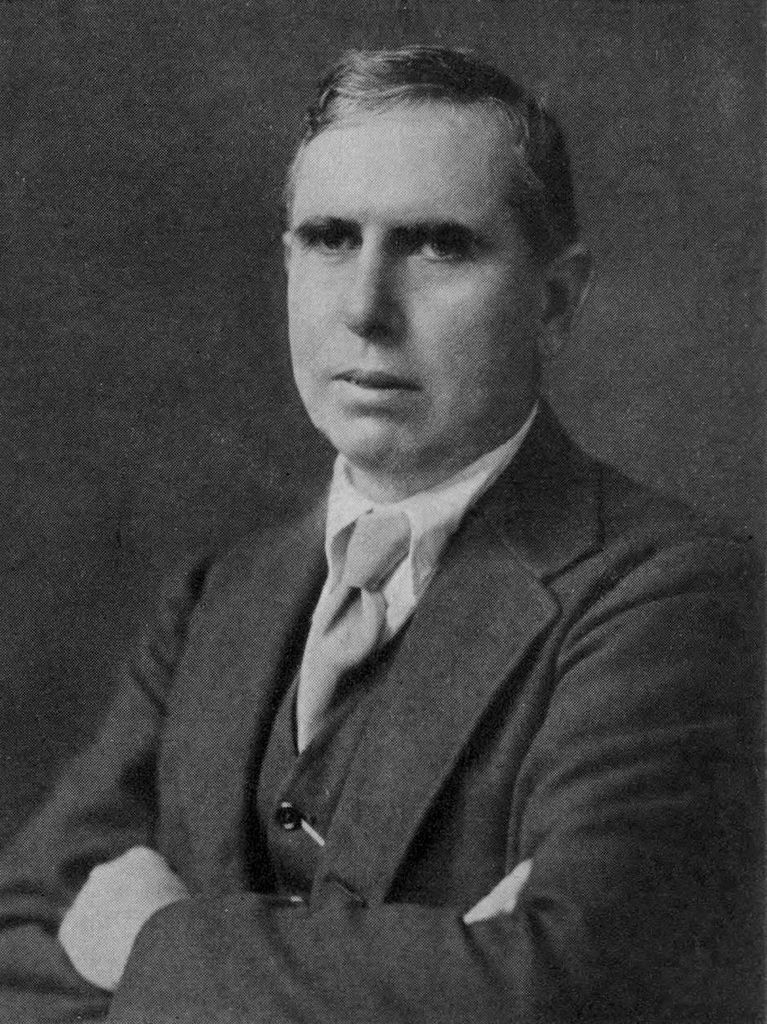 Good ol’ Theo and I go way back. But, as with many of my most beloved writers, he and I started off on the wrong foot. I bought his most famous (and first) novel, Sister Carrie, at a used bookstore on Maryland’s eastern shore when I was about 16. I read it in a couple of days and was perplexed, flummoxed, and underwhelmed. Only when I reread the novel for a college course on American Naturalism did I suddenly understand the depth and beauty of Dreiser’s vision. From there, I gobbled up more of his books and never looked back.

In grad school, I often had to defend him from sneers and sarcastic remarks about his supposed clunky writing, flat characters, and uninspired vision. I nearly came to blows with these people defending Dreiser’s literary honor, because that’s how strongly I feel about his work and the kind of person he was. At the other extreme are most other people who have never even heard of him. From everything that I’ve read by and about him, Dreiser was a deeply compassionate, gentle, and insatiably curious individual. His early marriage failed, and the rest of his life was spent pursuing and having affairs with numerous women, many of whom were strongly drawn to him. Dreiser exerted a strange magnetic force on everyone who met him. He saved up the stories that people told him, using them in his fiction to try and understand the world around him, a world and its people that filled him with awe and wonder. So here allow me to convince you to at least try a Dreiser novel, and if you’ve read him before and thought “meh,” “wut,” or even “wtf,” let me lead you back to him for a second try. 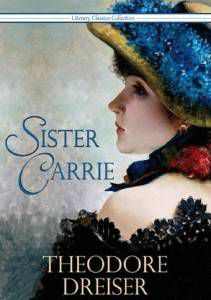 Sister Carrie (1900)- If you’ve ever heard Dreiser’s name, it’s because of this novel. Basing his plot on the “scandalous” life of his sister Emma, Dreiser tells the story of Carrie Meeber, a Wisconsin girl who travels to the Big City (Chicago) to live with her sister and her family while she looks for a job. The turn of the twentieth century saw an influx of people into cities across America, and Carrie stood for the numerous young women who strove for financial and social independence by finding employment and choosing their own marriage partners.

Carrie searches unsuccessfully for a job, and just when she starts thinking of going back home, she falls in with one, and then another, man, who start her on the road to chorus-girl stardom. I often think of Carrie as a female Forrest Gump, mostly because she just always seems to be in the right place at the right time. Without even trying very hard, she becomes famous and unimaginably rich, ditching each man eventually and setting off on her own. However, throughout the novel, Carrie seems lost, unsure of what she wants or how to get it, constantly unsatisfied, and at times almost without a clear identity. But then we must remember that this is a Naturalist novel, in which determinism rules the day, and every character, despite their belief in free will, is dragged along by the tug of fate. Carrie may not have much in the way of personality, but she’s ultimately no different than the men who pursue her and believe that they can swim against the tide. Though Sister Carrie was published in 1900, it was effectively suppressed because the publisher didn’t market it. The reason: it was scandalous because it depicts a young women gallivanting around with various men, not marrying them (OMG!), and yet still becoming a successful entertainer. Only later did the novel receive the attention it deserves, and stands as one of the masterpieces of American Naturalism (there are also two versions floating around out there, but that’s for another post). 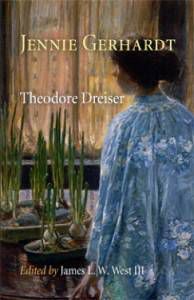 Jennie Gerhardt (1911)- Dreiser sank into a deep depression once Sister Carrie bombed, and stopped writing for several years. The urge to set down on paper his impressions of the American working class, however, drove him to compose another novel about a poor young woman trying to survive and thrive.

In Jennie Gerhardt, the protagonist is helping support her family by working as a maid in a hotel. When a senator chances to meet her and learns of her family’s poverty, he offers to help them out. Gratitude drives Jennie into his arms, and after they go their separate ways, she realizes that she’s pregnant. She returns to her family and raises her daughter, always under the disapproving eye of her strict German-born-and-raised father. After a few years, Jennie falls in love with Lester Kane, the son of a rich manufacturer, and without telling him about her illegitimate daughter, moves with him to Chicago. His family disapproves of her, so she agrees to be a mistress, rather than a wife, but when Kane is told he can only claim his inheritance if he drops Jennie, he grudgingly agrees. Nonetheless, the two continue to love one another, up to when Kane is on his deathbed. If you think Jennie Gerhardt sounds pretty similar in many ways to Sister Carrie, you’re partially right. Both novels focus on a female protagonist who seems carried along by destiny and who has affairs with men where marriage is not really an option for either party (something that happened often in reality, of course, but was hardly ever acknowledged and rarely written about at the time). In Jennie Gerhardt, though, Dreiser draws more heavily on his own German background and his extremely strict father. Dreiser’s mother held the large family together, and it’s most likely his adoration of her that led him to create sympathetic, if maligned, female characters and not-very-likeable male characters. 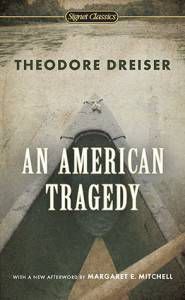 An American Tragedy (1925)- Many people I’ve spoke to about this novel have heard about it (or one of its adaptations), without knowing who wrote it. Dreiser based this larger novel on an actual murder committed in 1906 in Upstate New York. Unlike Sister Carrie and Jennie Gerhardt, AAT focuses on a young man trying to make his way in the world. The story of Clyde Griffiths is one of constant longing and frustration, where an energetic young man sees high society and fine living wherever he goes, even as he’s too poor and socially awkward to enter that world. When he finally does land a good position in a shirt-collar factory (thanks to an uncle), he becomes involved with one of his subordinates, Roberta Alden. While Clyde enjoys spending time with her, he’s already set his sights higher, expecting the more fashionable and wealthy girls to eventually notice him. He persuades Roberta to sleep with him, and she becomes pregnant. Clyde tries to get her an abortion, but fails, and with a wealthy girl showing interest in him, Clyde’s thoughts turn to murder. While rowing with Roberta on a lake, he accidentally knocks her out of the boat. When he realizes that she can’t swim, he decides to swim to shore alone, allowing her to drown. Dreiser superbly walks the blurred line between murder and manslaughter, plunging us into the confused and desperate mind of a young man driven by his desires.

Dreiser was prolific, so you’ll have plenty to read if you jump in to his oeuvre. He also wrote a Trilogy of Desire that traces the loves and lies of a crafty American financier, as well as a number of short stories. I also recommend Richard Lingeman’s biography, Theodore Dreiser: An American Journey if, like me, you just can’t get enough Dreiser.