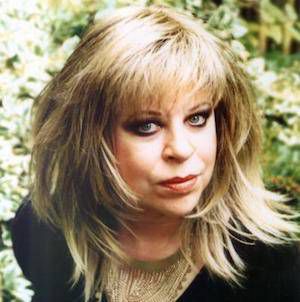 On May 26th, Tor announced the passing of Tanith Lee, one of the most prolific and, in my opinion, underappreciated fantasy writers of our generation. Between 1971, the year her first book was released, and 2015, Lee published over 90 novels and 200-300 (reports vary) short stories. Although mostly known for fantasy, Lee’s work runs the gamut from YA to erotica, mystery to historical fiction, science fiction to horror.

Lee is not widely well-known in the States, although she should be. Her books are just as good, if not better than, those of Ursula K. Le Guin and Charles De Lint. Her writing style can easily be described as lyrical and layered; but even more than that, she wrote a hell of a good story. I’ve yet to come across a Lee novel that felt phoned-in. She was constantly experimenting with types of stories and ways to tell them.

As a writer, I’m in awe of Lee’s talent and dedication to her craft. As a reader, I’m happy her backlist is probably enough to keep me busy for the next twenty years. I’ve read a good chunk of her work and still only feel like I’ve scratched the surface!

If you’ve never read anything by Lee, here are three books to kickstart your love affair with this awesome author: 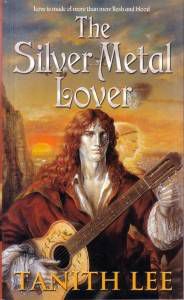 I. The Silver Metal Lover

The Silver Metal Lover could be called Lee’s breakout novel, or one of them anyway. Loosely based on the myth of Persephone and Demeter, it’s set in the distant future and is told by Jane, a lonely young woman from a very wealthy family. While wandering around the city one day, she happens across a musician bot named Silver, buys him on the spot, and then runs away with him. Jane falls in love with Silver, who’s designed to reflect her emotions back to her. So even though it seems like he returns her feelings, it’s just a programmable illusion–or is it???

It’s easy to see why this is one of Lee’s most popular novels. It’s a tragic love story, but it’s the kind of tragedy that feels purposeful and redeeming rather than cynical and senseless. It’s also an awesome coming-of-age tale: Jane discovers who she is, what she’s good at and what she wants to do with her life through her relationship with Silver. But the strongest element in The Silver Metal Lover are the characters, who are all well-drawn and layered. Not just Jane and Silver, but Jane’s mother and friends (especially Clovis; Clovis is my favorite). 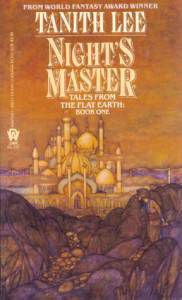 The first book in the Flat Earth series, Night’s Master is another of Lee’s most popular titles. Nominated for the World Fantasy Award for Best Novel, it (and the other books in the series) reimagines One Thousand and One Arabian Nights. The events in the books are driven by a mischievous demon named Azhrarn, who goes from evil to Christ-like and back again.

Night’s Master is an ideal vehicle for Lee’s poetic writing style because it has a very fairy-tale-esque feeling to it. The book consists of several small myths and tales that wind together and become interconnected, kind of like Into the Woods, except more fantastical. The second book in the series, Death’s Master, earned Lee the British Fantasy Award, making her the first woman (and one of only four) in history to ever receive the award. 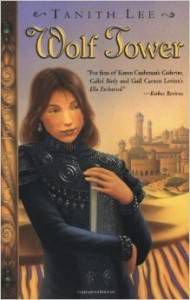 If fairy tale-like fantasy isn’t your thing, or if you like YA dystopian fantasy, try Wolf Tower. The first in the Claidi Journals series, it’s about a young servant named Claidi who saves a prince and is whisked away in a hot air balloon to his kingdom. Along the way, they begin to fall for one another, but things get complicated when they reach their destination and the ominous Wolf Tower.

Wolf Tower reads quite young, especially in comparison to Lee’s adult novels, but the story’s fantastic. I’m a sucker for journey books anyway, and Wolf Tower is perfectly paced with just the right amount of romance. Far from being a Cinderella tale, it’s an adventure you can gobble up easily in an afternoon. The series kind of lost me with Wolf Queen, but the second book, Wolf Star, is just as fantastic if not more so.