When it comes to contemporary romance, I’ve always considered the two masters to be Nora Roberts and Susan Elizabeth Phillips. While Nora Roberts’s novels skew towards the serious and suspenseful, Susan Elizabeth Phillips is known as the “Queen of Romantic Comedy.” Furthermore, Phillips is the only five-time winner of the Romance Writers of America Favorite Book of the Year. She also won the groups Lifetime Achievement Award. Equal parts funny and romantic, I always fall in love with her quirky leading ladies and macho, misunderstood leading men. Some of them seem a bit dated now (she’s been publishing for over thirty years) but they are still books I return to again and again. There is basically no wrong choice when it comings to picking up a Susan Elizabeth Phillips novel, but here are my suggestions for where to start.

It Had to Be You 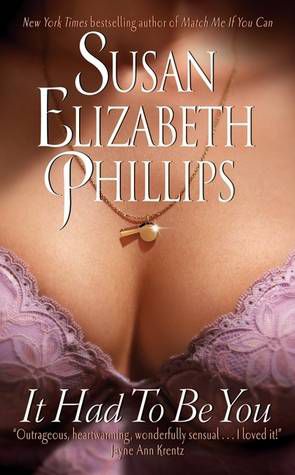 is the first in the Chicago Stars series. It follows Phoebe Somerville, a New York socialite with an outrageous reputation who inherits a pro football team and a teenage half-sister when her father dies. She only gets to keep the team if the Stars win the AFC Championship. Phoebe must find a way to work together with head coach Dan Calebow to turn the team around. At first, Dan thinks Phoebe is an oversexed, brainless, blond bimbo. And Phoebe thinks Dan is a cocky, sexist jock. There are plenty of cheesy moments as they eventually reassess each other, but the romance between these two is nothing short of fireworks. In their own words, Phoebe says, “I guess we’re like oil and water.” And Dan corrects her, replying, “I’d say we’re more like gasoline and a blowtorch.” Kaboom!

If you want to continue in the Chicago Stars world, my favorites are Match Me If You Can and Natural Born Charmer. Also Nobody’s Baby But Mine is completely bonkers but hilarious and charming. Basically, they are all good. 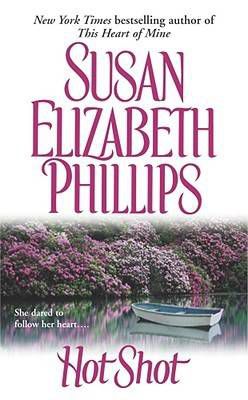 Hot Shot isn’t a typical Susan Elizabeth Phillips novel. In some ways it’s more of an epic than a traditional romance novel, because it spans a long amount of time and focuses on more than one relationship. The story is basically a fictionalized version of the birth of the personal computer in the 1980s. The main character is San Francisco heiress, Susannah Faulconer. After a traumatic childhood, Susannah turns her back on her family and a fiancé to forge her own identity in the male-dominated tech world. The men around her are Sam, the visionary (aka Steve Jobs), Yank, the inventor (aka Steve Wozniak), and Mitch, the corporate genius. Of course, amidst all the work there is time for the characters to fall in love. This is a controversial book among fans of Susan Elizabeth Phillips, but it’s one of my favorites. 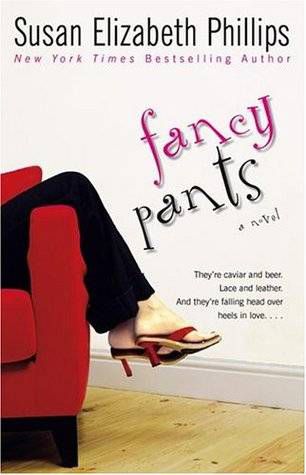 Other than the Chicago Stars series, Susan Elizabeth Phillips is most known for her Wynette, Texas books. Fancy Pants tells the story of Francesca Day, a recently impoverished member of the British jet set. She’s desperate, wearing an ugly bridesmaid dress, on the side of the road when golf champion Dallie Beaudine picks her up. Trapped together in a small car, the two bicker and banter with a passion. Later, the passion extends to other activities. At times, their differences seem too big to overcome. You have to be patient working your way through this almost 500-page story. But believe me, the end is worth it!

Hopefully one (or all!) of these books will turn you into a Susan Elizabeth Phillips fan as well. As her website tagline says life’s too short to read depressing books!