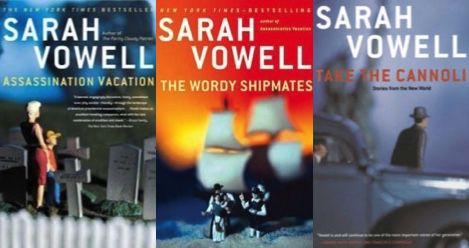 If you don’t recognize the name, you likely know the voice: Sarah Vowell first came to national attention for her humorous stories on NPR’s This American Life. She soon caught the ear of Pixar Animation Studios and scored the role of Violet Parr in The Incredibles. Not a bad claim to fame, but Vowell’s principal work as a popular historian is unfortunately overshadowed. Usually lacking proper chapter breaks, her history books play like passionate, extended essays, encyclopedically constructed and always fun to read. As she put it in a conversation with Seth Mnookin, “I’m always trying to get away from that textbook mentality.”

If American history told with a light, smart-alecky touch sounds like your bag, here’s a suggested reading order. 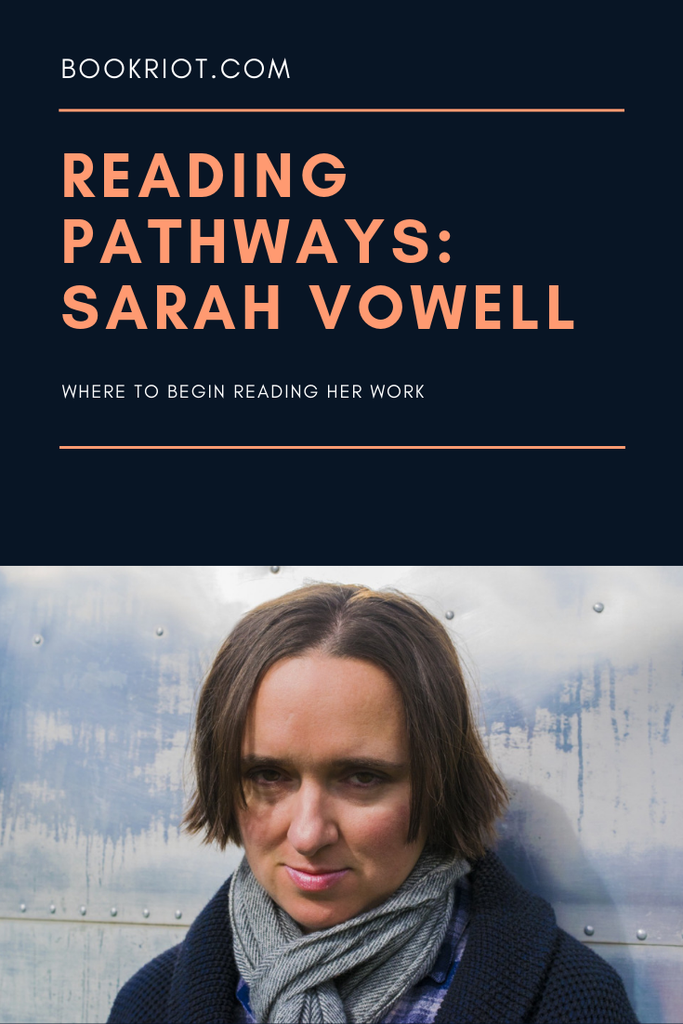 Start With Her Essays 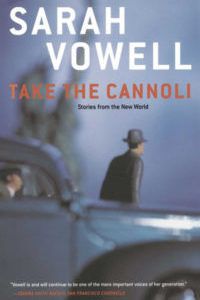 Readers new to Vowell would do best to begin with her essay collections Take the Cannoli: Stories from the New World and The Partly Cloudy Patriot. Both are uneven but bring plenty of laughs. Highlights from the former include an explanation of Vowell’s obsession with The Godfather (which culminated in watching it every day in college), and an essay on Vowell’s and her sister Amy’s visit to the sites involved in the Trail of Tears, the infamous forced relocation of Native Americans in the mid-1800s (Vowell is part Cherokee; 1/8 on her mother’s side and 1/16 on her father’s).

The Partly Cloudy Patriot offers plenty of material on turn-of-the-millennium politics, including an account of Vowell’s trip to George W. Bush’s 2001 presidential inauguration, but the most touching pieces here are the oddball ones, such as an obituary for Dallas Cowboys coach Tom Landry, and a passionate defense of the Carlsbad Caverns underground lunchroom, which the National Park Service considered closing.

Move On To The History Books 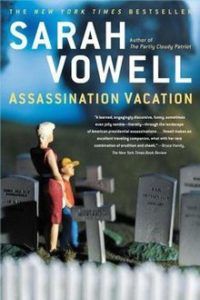 Assassination Vacation is Vowell’s most popular book and also the most pivotal of her career; it signaled her shift from essays to full-blown historical narratives with autobiographical bits sprinkled throughout. The book is one of her most purely enjoyable, detailing the assassinations of Presidents Lincoln, Garfield, and McKinley, as well as the bizarre events leading up to and following them; grim material for sure, but Vowell’s irreverent tone assures it never makes for a depressing read.

Enjoy That One? Great, There’s More! 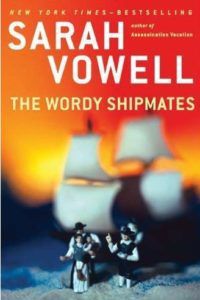 From this point on, I recommend reading Vowell’s work in chronological order according to subject. Start with The Wordy Shipmates, which chronicles the 1630 arrival of Puritan lawyer John Winthrop and a group of English colonists at the Massachusetts Bay Colony, where Winthrop would serve as governor. That it’s such a compelling story makes Vowell’s tendency to drift into anti-Reagan tirades and down pop culture rabbit holes particularly annoying. The narrative thankfully settles into place by about the halfway point and contains killer passages about two colonists banished from Massachusetts: Roger Williams, a minister who went on to live with the Wampanoags, a Native American tribe, and write the first English book about a Native American language, and Anne Hutchison, a midwife who hosted Bible study groups in which she questioned the teachings of colonial clergy. 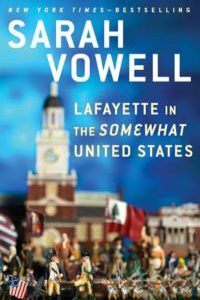 Lafayette in the Somewhat United States comes next. The book covers the American Revolutionary War through the lens of Marquis de Lafayette. Born into a wealthy family in France, he was swept up by the Patriots’ cause and traveled to America to serve under General George Washington as a major general at age 19. This is Vowell’s best, longest, sharpest and, oddly enough, least overtly “Vowellian” book. The historical narrative takes up the vast majority of the pages, and it doesn’t take long for you to realize this was the story she was born to tell. She does so with swift power and just enough well-placed humor to keep a smile on your face. 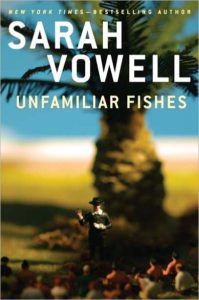 Unfamiliar Fishes is the most somber affair of the bunch and best exemplifies Vowell’s flair for compilation. She draws on books, personal interviews and archives to tell how, and why, Hawaii was annexed by the United States in 1898. The subject is a downer, but the book’s contemplative nature and the questions it raises about the nature of America as a global power make it one of the most fascinating jewels of Vowell’s bibliography. 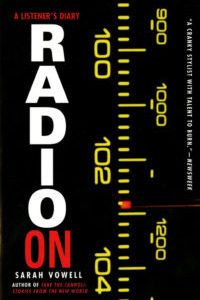 Vowell began her career writing about art and music, and the major product of this work is Radio On: A Listener’s Diary, which logs her thoughts about the music and talk radio she happens upon throughout a year of tuning in. The book has flashes of wit and functions as an intriguing historical document but is by far Vowell’s most undisciplined and scattershot work. Given the format, this is mostly forgivable. In some ways, this is the most raw and insightful look into Vowell’s personality, but I think it’s a good note to end on, a chance to look back and see just how polished her writing has become.