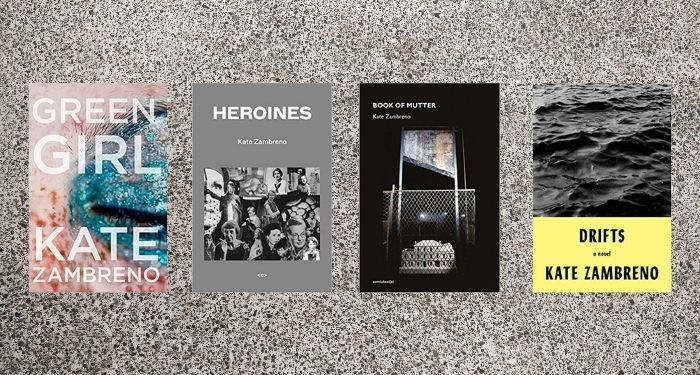 I first discovered Kate Zambreno when her second novel Green Girl was a contender in the 2012 Tournament of Books (it lost in the first round). Ever since, I have been reading her books with delight and pleasure, up to and including her most recent, To Write As If Already Dead, published in May, 2021.

Zambreno began her career in 2010 with the novel O Fallen Angel and has published eight books so far. Six of her books were originally published with small presses. She began as something of an indie star, a relatively unknown author but one with especially ardent fans. More recently, she has published two books with major presses, had her first two novels reissued, and has become more widely known. But she hasn’t left her independent publishing roots behind: To Write As If Already Dead came out with a university press.

Zambreno’s first two books are straightforward in terms of genre — they are novels — although they experiment with voice and form in a way that foreshadows her later work. After those novels, her books begin to get even stranger and less easily classifiable. She frequently mixes genres, especially memoir, literary criticism, art criticism, essay, and fiction. This combination creates a unique style that is meandering, thoughtful, and bookish. Her writing is so bookish that many readers, myself included, look to it as a source of reading recommendations.

Zambreno’s interests as a writer include feminism, art, friendship, the internet, reading, and the writing life, particularly for women writers. More recently, she has written about motherhood, economic precarity, teaching, and literary obsession. Much of her recent writing can be called autofiction, featuring a protagonist who is fictional but with many of Zambreno’s qualities.

Zambreno is perfect for those who like genre-bending, hybrid forms of writing. Readers who love to read about books and ideas will be drawn to her, as will those who want books about being a mother and a writer. Anyone who wants to read books that will surprise and challenge them should consider giving her a try.

Below are my recommendations of where to start with Zambreno’s books, followed by some thoughts on where to go after you have read these three: 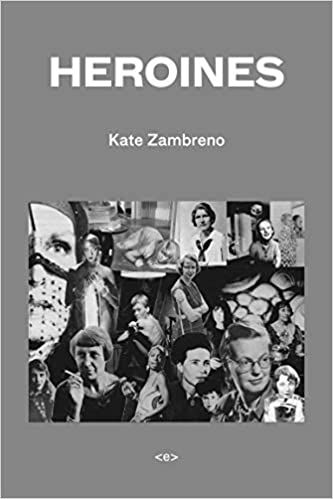 Heroines is a combination of memoir and criticism, a wide-ranging look at the ways women writers have been belittled, sidelined, and forgotten. It’s a great starting place because it introduces readers both to Zambreno’s interests in feminism and writing and also to her loose, lyrical, emotional writing style. The book grew out of Zambreno’s (now-defunct) blog, Frances Farmer is My Sister, where she wrote in an informal, personal manner about female modernists. Important in Zambreno’s growth as a writer, the blog also helped establish and foster an online community of feminist women writers. This book is partly a record of and a tribute to that community. It’s exciting and surprising, full of anger and love. 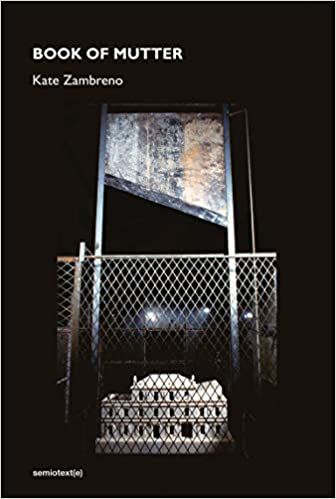 Book of Mutter examines the death of Zambreno’s mother and the nature of grief and loss more broadly. It’s a perfect follow-up to Heroines because it is similarly wide-ranging and difficult to categorize, but this time combined with a fragmented, spare style. This gives the text an open, spacious, exploratory feel. Zambreno combines elements of memoir, criticism, philosophical meditation, and poetry. She writes about her family history and also about photography and literature, meditating on artists and writers such as Roland Barthes, Louise Bourgeois, Theresa Hak Kyung Cha, and others. The mix of intellect and emotion is haunting and beautiful. 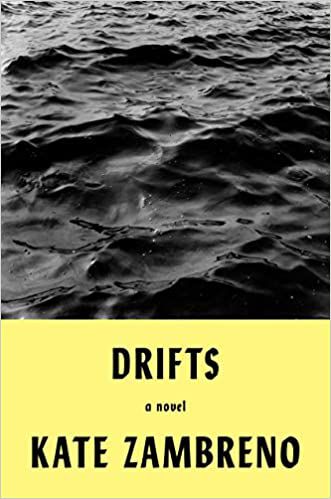 Drifts is a novel about a woman writing, teaching, and thinking about art, photography, and literature. She spends many of her days at home working, trying to finish a novel. She walks her dog, observes her Brooklyn neighborhood, and takes photographs. She thinks about the lives of Rainer Maria Rilke, Albrecht Dürer, Peter Hujar, Chantal Ackerman, and others. About halfway through, something happens to change the direction of her life. I enjoyed not knowing what was coming, so I’ll let you discover that on your own. True to its title, the novel drifts, without a traditional plot structure: its interest and charm lie in the depth of the narrator’s thoughts and the way the novel’s pieces fit together. It’s an absorbing, moving look at art and the writing life.

Once you have read these three Kate Zambreno books, here are my suggestions for where to go next. If you want more like Heroines, I would read the early novels O Fallen Angel and Green Girl. They dramatize the limitations patriarchy places on women that Heroines explores. If Book of Mutter spoke to you most, then Appendix Project is a companion book that discusses many of the things she omitted from Book of Mutter. If Drifts was most meaningful, then To Write As If Already Dead is most like it in mood and ideas. There is also Screen Tests if you want to be a Zambreno completist. So many great books to discover!