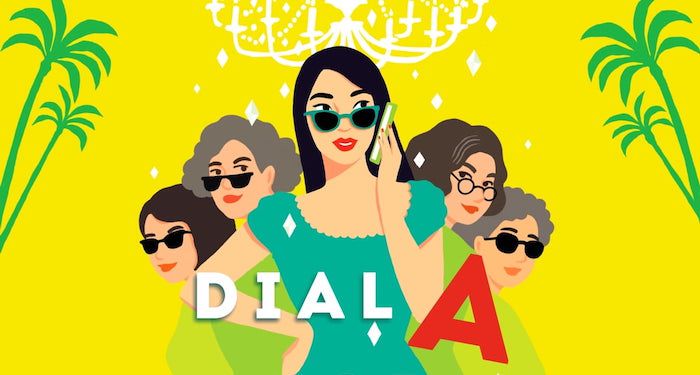 Jesse Q. Sutanto is a literary treasure. Splitting her time between Singapore and Jakarta, Sutanto published her first book in 2021…and has at least named nine books that have either been published or will be published in 2023. Her path to publishing was not easy, however. She got her MFA at Oxford University in 2009 and has been writing since. Aunties was the ninth book she wrote! In the Q&A on her website, she writes, “If you’re a writer struggling to get published, take heart and don’t give up. Keep writing and improving your craft and you’ll get there one day!”

But now that she has gotten her work published, she’s ready to go. Most recently on Twitter, she took a writing sabbatical at a hotel and wrote 40K words in 72 hours, which is very impressive!

But while quantity does not necessarily mean quality, Sutanto’s books are wonderfully written and she’s already winning accolades. She won the 2021 Comedy Women in Print Prize for Dial A for Aunties, which was one of her first books! I can only imagine this is the start to many more as she continues to write in the years to come. In 2020, the book was optioned for Netflix, so that’s something else to look forward to.

She writes romcom crime novels that turn the genre on its head as well as young adult novels in several sub-genres, from fantasy to revenge thrillers. Plus, she’s already got sequels to some of her books out whether this year or next. (She’s also signed with Berkeley for Books 3 and 4 of the Auntie series.)

On top of it all, she’s a lovely person. She’s very supportive of her fellow writers, particularly those from marginalized communities. 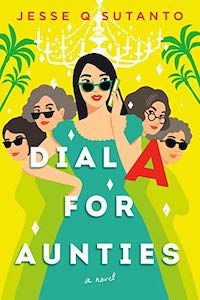 Dial A for Aunties

We’ve all had bad blind dates, but Meddelin Chan’s may take the cake when she accidentally kills him. Her family got her into this mess, and she can call on them to help her out. However, it’s the eve of the giant billionaire wedding on an exclusive island that her family and Meddy are working on. When the body accidentally gets shipped to the island in one of their coolers, Meddy and her family have to figure out how to deal with the body and pull off the best wedding imaginable. Throw in a family curse and the one who got away who happens to be the manager at the resort where the wedding is taking place, and nothing is quite picture perfect. It’s a real turning on the head of the romcom genre with crime. Most importantly, it’s hilarious, and you’ll love Meddy and her aunties. The sequel, Four Aunties and a Wedding, came out earlier this year. 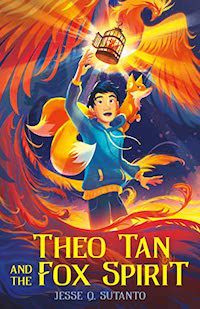 Theo Tan and the Fox Spirit

Set in San Francisco, Theo is very different from his older brother Jaime. He prefers computer games and fitting into U.S. American society; Jamie wanted to share his Chinese heritage and do great things, such as interning at Reapling Corp. Plus, Theo does not get along with his brother’s animal companion, a fox spirit named Kai. But when Jamie dies, Theo ends up being linked to Kai, despite their mutual distaste. Soon, Theo realizes that his brother was trying to tell him something that may be connected to his internship. Theo has to get into the prestigious “Know Your Roots” summer camp program to start figuring out what his brother was trying to tell him. Can Kai and Theo work together to follow the clues that Jamie left him? The book alternates from Theo’s and Kai’s perspectives. As a bonus and wonderful thing for me, Kai’s sections have footnotes. This is the way. The sequel, Theo Tan and the Iron Fan, comes out in May 2023. 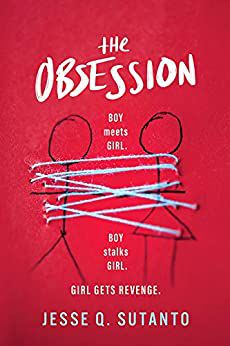 We’ve got romcom crime, then middle grade fantasy, and now we’ve got a YA revenge thriller. The tagline: “Boy meets Girl. Boy Stalks Girl. Girl Gets Revenge.” Logan fell for Delilah, fast. Maybe it’s because she reminds him of a girl he loved and lost to death. Logan isn’t going to let things happen by chance. He watches Delilah on her social media, even setting up a camera trained at her home. And he accidentally catches Delilah killing her abusive stepfather. But Logan still has his dreams set on Delilah. He thinks he’s hit the jackpot when they finally go on a first date…until Delilah decides that Logan isn’t for her. Logan decides to use the video of the murder to blackmail Delilah, not realizing that Delilah won’t go quietly into the night. It’s got lots of twists and turns, told from two points of view. It’s a YA novel you’ll never forget.

That’s just a taste of what Jesse Q. Sutanto has for us readers. I’m really thrilled about her forthcoming Vera Wong’s Unsolicited Advice for Murderers coming out in March 2023.

Want more books written by AAPI writers? Check this Rioter’s list here. Or are you interested in more fantasy based on Asia-inspired fantasy? We’ve got more for you!