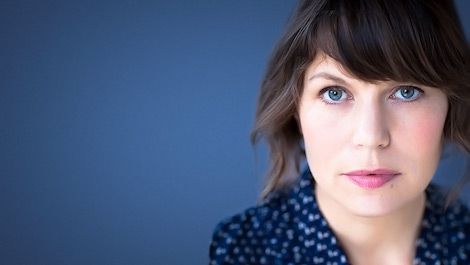 The rising tide of complicated female characters and anti-heroines scratches a very specific itch for me. While I love a woman who is stalwart and true, I realize that life gets more complicated than simple fables. As a teenager, I wanted to read about young people in difficult, morally confused situations because I knew I would have to face them at one point in my life. One of my favorite pieces about villainesses explains why it can be stimulating to indulge in some villain fun, instead of forcing all female characters to be the moral centers of the story. It’s a specific kind of emotional labor to force women into the position of perfect, unimpeachable morality.

In general, E. Lockhart’s female protagonists do not follow predetermined roads. Her characters tend to push at the boundaries of what is appropriate or morally upright. Since I started reading her work as a late teen, I connected with the intensity and whatever-it-takes attitude of those characters. The best YA authors display the single-mindedness of teenagers in a way that is truthful, which doesn’t always mean flattering or even nice.

Lockhart is well-established in the publishing world, and also writers children’s books under the name Emily Jenkins (E. Lockhart is actually the pen name).

The three books I’m recommending in this post are the ones I have resonated with the most, in terms of how I grew up and the kinds of things Lockhart was communicating about young women with outsiderly feelings and intense emotions. 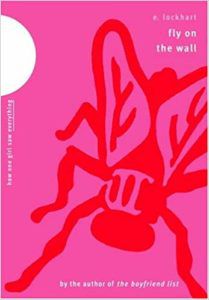 Fly on the Wall: How One Girl Saw Everything

This 2006 novel by Lockhart follows a familiar formula, but not one that is normally present in YA novels. Girl likes boy, girl feels like an outsider at school, girl undergoes Kafkaesque metamorphosis and ends up as a fly on the wall in the boys’ locker room. Gretchen Yee experiences a sort of reversal of high school exclusion at her performing arts academy: her tastes are far too mainstream to stand out effectively in a parade of loud, artistic identities. The aggressive in-group/out-group behavior of the students at this art school was not exaggerated at all, in my experience. At the same time, some of Gretchen’s inability to connect with other students (besides her friend Katya) came from her own lack of desire to do so. That was so gratifying to read as a teenager. Sometimes you just want to hate absolutely everyone and that’s okay!

In the boys’ locker room, Gretchen as a fly is subject to all sorts of gossip. One of the biggest things she learns is that her crush has feelings, too. That may sound reductive, but part of teenage crushes involves idealizing that person so aggressively that they cease to exist as a human. Titus is revealed to be very uncomfortable in his own skin, and dealing with various friend and family issues. It feels strange to admit this, but at the time I was not aware that boys had issues with their bodies–I thought that was an exclusively girlish experience. As an adult, I now know that dysmorphia comes in all forms, but I am grateful that I experienced a little crack of empathy, thanks to this book. 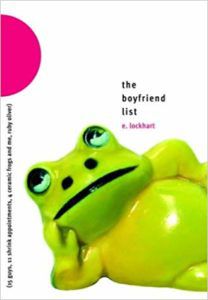 Although I am well into my twenties and only read this book a few months ago, it sent me back complete to my teenage self. The book follows the social exile of Ruby Oliver, how she deals, and all of the events leading up to it. The banishment followed from her breaking a rule about boyfriends that she and her girlfriends had established. Lockhart structures the novel around Ruby’s list of boyfriends, from tiny sparks to kisses to full-fledged relationships. After being sent to therapy to talk through her “issues,” Ruby slowly comes to terms with some of the more rough situations with boys and friends. It’s a rough time, especially with her parents, and her friends are still openly dismissing her at school. It feels so visceral to read because Lockhart effectively taps into that feeling of everyone at school noticing that you’re on the outs, and acting accordingly.

Even though Ruby is suffering the brunt of persecution, she still lashes out and dismisses people in her life. Ruby’s Scarlett Letter experiences doesn’t automatically render her a saint, and the eventual discovery of her “boyfriend list” makes a sticky situation worse. What Lockhart does so well in this book is establish the contentious relationships of high school and how easy it can be for a large group to turn on one girl. That fear of isolation can drive teenagers (and adults) to do so many cruel things, but such behavior could never fully protect us from a turnaround of social fortunes. 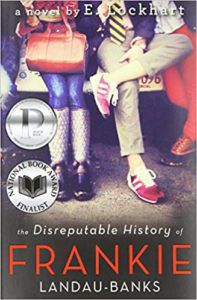 The Disreputable History of Frankie Landau-Banks

This is truly one of my favorite books, and I recommend it to everyone. Frankie’s construction of a secret identity to take over a “secret” society and mastermind it into something that exists for more than just the pleasure of excluding others (especially girls). Throughout the book, Frankie is constantly transforming: she went to boarding school, she’s going through puberty, she’s reading old mysteries, and therefore learning how to scheme. Her boyfriend Matthew is part of an all-male “secret” society, and Frankie sneaks nearby one of the meetings, and realizes there is so much underused potential of this society. She creates a secret email and starts directing the group of boys to enact some of the most brilliant pranks her school has ever seen.

While she’s engaged in this deception, the extent to which her boyfriend and his friends underestimate her is heightened because we know she’s pulling the strings. This scheme isn’t good or right of her, but it shows us how smart girls and women are constantly dismissed and excluded. When all is revealed, Frankie is of course cut off by these boys who were so eager for her directions when they were behind a secret email address. In the end, the boys weren’t just mad that she lied to them, but that she did something so much bolder than they could ever imagine doing themselves. Frankie was never just someone’s girlfriend, and that was her cardinal sin.

These books essentially ease you into Lockhart’s style, and her most recent young adult titles are much harsher, with less forgivable characters. Her most recent release, Genuine Fraud, is extremely dark and complicated. Despite the completely wild actions of the main character, I still sympathized with her and what she felt she needed to do to survive. Part of my sympathy for her came from growing up with E. Lockhart’s norm-busting young women.

Who are your favorite writers of complicated anti-heroines?