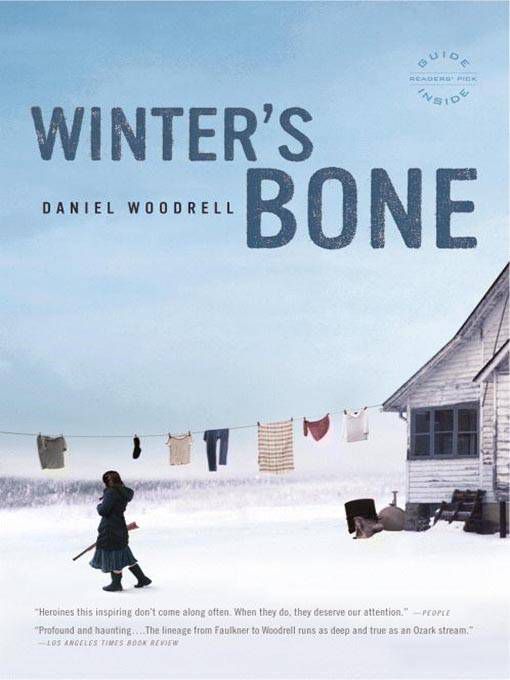 Jewel Cobb had long been a legendary killer in his midnight reveries and now he’d come to the big town to prove that his upright version knew the same techniques and was just as cold.

That’s the first line from the first book in Daniel Woodrell’s Bayou Trilogy, and it just gets better from there. You see, Daniel Woodrell is a phenomenal writer, and almost everything he writes is gold. I first heard of him in (stay with me) the forums on Dan Simmons’ website, where Dan was giving his fans a stern talking-to for not pointing Woodrell’s Winter’s Bone out to him. This made me search down Winter’s Bone, which I then learned was being made into a movie.

Winter’s Bone is nothing short of magical. Daniel Woodrell rushed into my book-world and was soon crowned king of contemporary writers. Want to take the Daniel Woodrell trip? Here is my recommendation on how to go about it.

Start with Under the Bright Lights

The book, and the whole trilogy, focuses around the parish of S. Bruno, the crimes committed by small-time crooks, and the way detective Rene Shade goes about bringing said crooks to justice. The characters in Woodrell’s books are deeply flawed and rendered so believably, and, more importantly for us, are so readable. Jewel Cobb is such a mess that we can’t help but love him, despite the crimes we know he commits. The book reads like a thriller / detective novel written by a person who knows what he is doing. If you read Under the Bright Lights, I’m fairly certain you’ll read the whole trilogy.

But it gets better. 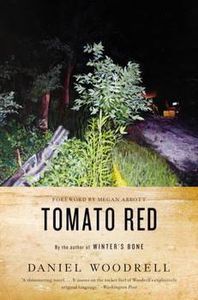 Next up: Tomato Red

This book is, as are most of Daniel Woodrell’s books, about poor people committing petty crimes and making bad decisions. It starts by pulling you in deep, one of my favorite first lines:

You’re no angel, you know how this stuff comes to happen: Friday is payday and it’s been a gray day sogged by a slow ugly rain and you seek company in your gloom, and since you’re fresh to West Table, Mo., and a new hand at the dog-food factory, your choices for company are narrow but you find some finally in a trailer court on East Main, and the coed circle of bums gathered there spot you a beer, then a jug of tequila starts to rotate and the rain keeps comin’ down with a miserable bluesy beat and there’s two girls millin’ about that probably can be had but they seem to like certain things and crank is one of those certain things, and a fistful of party straws tumble from a woven handbag somebody brung, the crank gets cut into lines, and the next time you notice the time it’s three or four Sunday mornin’ and you ain’t slept since Thursday night and one of the girl voices, the one you want most and ain’t had yet though her teeth are the size of shoe-peg corn and look like maybe they’d taste sort of sour, suggests something to do, ’cause with crank you want something, anything, to do, and this cajoling voice suggests we all rob this certain house on this certain street in that rich area where folks can afford to wallow in their vices and likely have a bunch of recreational dope stashed around the mansion and goin’ to waste since an article in The Scroll said the rich people whisked off to France or some such on a noteworthy vacation.

That’s how it happens.

Can’t none of this be new to you.

Tomato Red is about Sammy Barlach, and a brother-and-sister, Jason and Jamalee he encounters while breaking into a house. They get to be friends and then co-conspirators in a scheme to “make it out of town.” Of course, flawed people make flawed plans, and things don’t end up like everyone intends. Jason is gay and extremely attractive, and Jamalee and Sammy set him up as a prostitute for wealthy ladies to save money to get out of town. But in the rich, deep world of Woodrell’s Ozarks, people tend to really only think about themselves. The result is a beautiful book, and a real treat for us readers.

Did I tell you about the ending? Oh man, that ending! Tomato Red sets us up for the trio really making it but in the end… well, you’ll just have to read it and see. 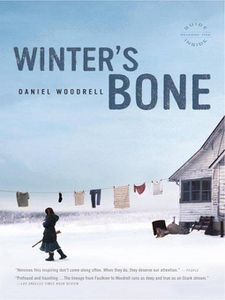 And then there’s Winter’s Bone

Few books in recent years have reeled me so completely in. I would growl at people disturbing me while I read. I felt cold and hungry the whole time and wanted to reach deep into the Ozarks where the book takes place and give Ree Dolly a hug or food or money. Anything. The book starts with a police officer showing up at the Dolly residence, a trailer out in the cold woods, and informing sixteen-year-old Ree Dolly that her father has jumped bail, for which he put the house up as insurance, so there is a real threat that they will lose their home. Ree is the oldest of three siblings and is essentially the family matriarch, since her own mother sits in a chair all day, her mind broken from drug use. Ree tries as hard as she can to feed the family and keep the house. The problem is that her father supposedly snitched on local meth dealers and is probably missing for good. But Ree has to find out, has to get proof of his whereabouts or get him to jail again so they won’t lose the house. And this puts her in the path of some truly bad people.

REE DOLLY stood at break of day on her cold front steps and smelled coming flurries and saw meat. Meat hung from trees across the creek. The carcasses hung pale of flesh with a fatty gleam from low limbs of saplings in the side yards. Three halt haggard houses formed a kneeling rank on the far creekside and each had two or more skinned torsos dangling by rope from sagged limbs, venison left to the weather for two nights and three days so the early blossoming of decay might round the flavor, sweeten that meat to the bone.

The writing is beautiful throughout, stunning really, and I will never tire of recommending this book to people. This is not a feel-good book, none of Mr. Woodrell’s books are, but it is good. Perhaps the best book I read in the last three years.

And there you have it, the order in which I recommend reading Mr. Woodrell’s work. Lucky for us, he has more books out.