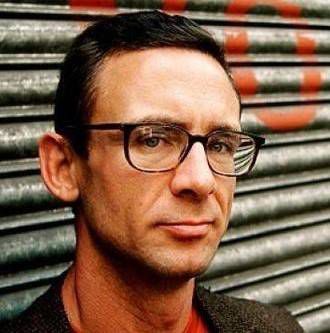 If you bring up Palahniuk with a group of readers, there’s one guarantee: you won’t get any tepid reactions. He’s a love-him-or-hate-him author. He’s someone everyone has an opinion about and they’re more than happy to share it with you. He writes the kind of books that get equal amounts of 5-star reviews and 1-star reviews.

Kirkus Reviews called him “the elder statesman of transgressive fiction.” Dozens of people have fainted during his readings. (Just avoid Haunted for now. Seriously.) Much of his work is satire. There is not a lot of sex but plenty of sex toys and pornography. He writes the kind of plot twists that give you whiplash.

So if you’ve heard the hype but haven’t had the opportunity to form your own opinion, here’s how you should begin. Getting started is the most important thing with Palahniuk. Many people read just one and then never read one again. A lot of readers accuse Palahniuk of being a one-trick pony who just keeps writing the same book. These steps into his books are focused mostly on showing you his range and giving you as objective a look as possible. 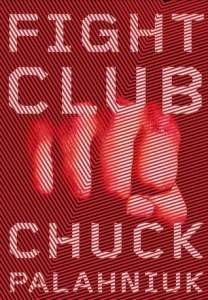 Even many Palahniuk haters acknowledge when pressed that they liked Fight Club. Most agree it’s where he’s at the height of his powers, due in large part to its brevity. His penchant for extra subplots and shock for shock’s sake is less visible here. If you’re only going to read one of his books, it should definitely be this one. You may be hesitant- after all, you’ve probably seen the movie. (Some of you have probably seen it many, many times.) The good news is that the movie is the best kind of adaptation. It holds true to the plot while developing its own style. You can start with the book and still enjoy the movie, you can start with the movie and still enjoy the book. Plus the word is that Palahniuk has written a follow-up, so you’ll be primed and ready if it does get released this year as planned. 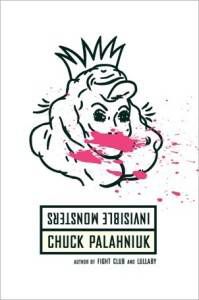 Picking your 2nd Palahniuk is probably the hardest. He’s released 15 novels and nearly all of them have a group of readers who announce each book as “his worst” or “his best.” Sticking with early Palahniuk is probably best and Invisible Monsters is the most unusual and interesting of his other early books (which also include Choke and Survivor.) The story of an unnamed model who is disfigured and unable to speak after she’s shot in the face, it is about as nontraditional as it’s possible to be. A novel with several transgender characters, it’s all about beauty and gender and love and a whole lot of crazy. Recently Palahniuk released a re-issue of this title (called Invisible Monsters Remix) with new chapters added and a new non-linear structure where you’re directed to go from the end of the Prologue to Chapter 41. I’ll leave it up to you to decide whether you go with the original issue or the new version, which Palahniuk says is how it was originally envisioned. 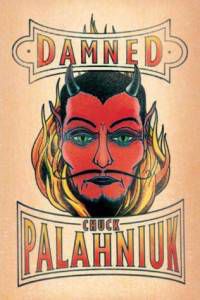 Many devoted Palahniuk fans admit that he hits a slump where many of his novels feel the same. If you become an admirer, you can make that decision for yourself when you go through Diary, Lullaby, Haunted and the other works from that time. But Damned lets Palahniuk indulge his need to be shocking and transgressive with a lighter touch that works better than many of his other books. (It’s also followed by a sequel, Doomed, so you have a book to read next if you like this one.) Damned is about Madison Spencer, a 13-year-old girl who finds herself as the newest occupant of Hell. Usually Palahniuk is limited by the real world and has to create situations so surreal they’re hard to believe. But with hell as his oyster and a huge blank slate to work with, he has a lot more fun and doesn’t have to worry about getting anything right. He takes the kitchen sink approach, which makes a lot of sense. There are cages with tortured souls, there are demons who devour people, and there are telephone call centers. And then, Madison basically reenacts The Breakfast Club by building her own little band of misfits who decide to take on the Devil himself and figure out the mystery of how she died.

Now that you’ve made this start, you’ll be able to attack or defend Palahniuk and sort through the rest of his books to decide where you’d like to go or if you’ll be sitting out the rest for the sake of your sanity.