Reading Pathways is a regular Book Riot feature in which we suggest a three-book reading sequence for becoming acquainted with certain authors. Check out last week’s installment on Toni Morrison.

If you have an author you’d like us to feature here, write us at commmunity (at) bookriot (dot) com. 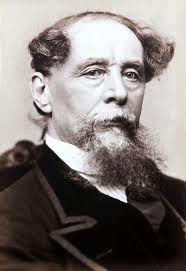 Charles Dickens is reigning king of Dead White Guys You Should Have Read in High School, But Probably Just Read the Cliff Notes or Possibly Watched the BBC Mini-series.  Now that you’re all grown up and (hopefully) on your own, it’s time to erase those bad memories of Great Expectations and start over. These three novels hit all the major Dickensian points, and the list culminates in the sweeping and complex Bleak House.

1. Oliver Twist. This is one of Dickens’ shorter novels, which is a plus. It will introduce you to elements common to his longer and more complicated works, specifically the lives of the poor and the atmosphere of London.

2. David Copperfield. It was a toss up between this and Nicholas Nickleby, but David Copperfield deals more successfully with its themes and has one of the most lovable casts of characters in all of the Dickensian canon. It’s also the most autobiographical of his works, and much darker in tone.

3. Bleak House. The previous two books will prepare you for the length of Dickens’ masterpiece, as well as his methods of characterization. His pet theme of social justice is most closely examined in Bleak House, and it has a large and complicated cast of characters.

If you’ve decided you’re a fan at this point, you can tackle Our Mutual Friend. It’s the last novel Dickens completed before his death and is sometimes held up beside Bleak House as a competitor for the title of Dickens’ “masterpiece.” I found it to be unnecessarily long and complex (which says something when you’re talking about good ole Charles), and overblown. There’s also the minor works (Hard Times, Barnaby Rudge, etc) but in my experience, they’re minor for a reason.