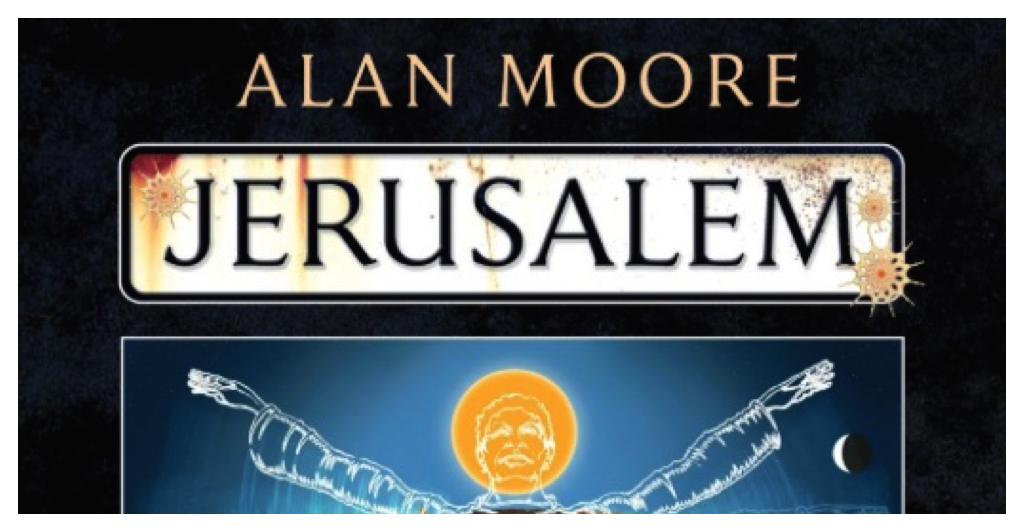 This Reading Pathways is sponsored by Jerusalem by Alan Moore from Liveright Publishing. 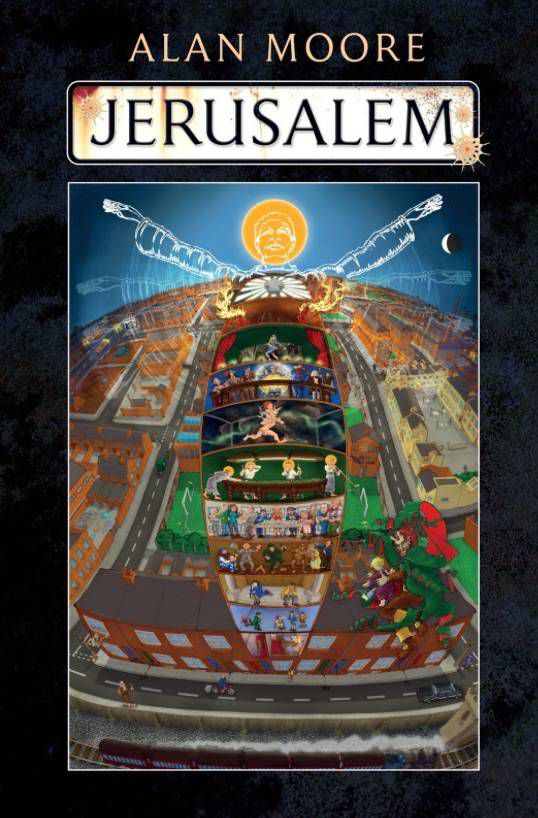 In the half-a-square mile of decay and demolition that was England’s Saxon capital, eternity is loitering between the firetrap housing projects. Embedded in the grubby amber of the district’s narrative, a different kind of human time is happening, one that does not differentiate between the petrolcolored puddles and the fractured dreams of those who navigate them. An opulent mythology, the pages of Jerusalem tread ghosts that sing of wealth and poverty; of Africa, and hymns, and our threadbare millennium. Fierce in its imagining and stupefying in its scope, Alan Moore’s epic novel is the tale of Everything, told from a vanished gutter.

While pretty much everyone is in agreement that 2016 has been a suckass year, it is the perfect climate to birth a 1300-page Alan Moore novel. (Less is not Moore.) In case there was any question of whether Moore is actually a being from another planet, Jerusalem settles it: he totally is. It is a sprawling epic tale that took him ten years to write and clocks in at just over one million words.

As you can imagine, with over a million words, there is not much this book doesn’t cover. Birth, death, the afterlife, religion, politics, drugs, poverty, wealth, snooker – that’s just a bit of what Jerusalem is about. And for fans of Moore, it is a glorious, maddening, perfect present. (Also, the only blurb on Jerusalem is from a fan letter from a boy in primary school, calling Moore “the best author in human history.” How cute is that????)

Moore’s hatred of authority, insistence on privacy, and love of history, superheroes and the occult, drives his vast catalog of work, including The League of Extraordinary Gentlemen, From Hell, Promethea, and of course, Watchmen.

The majority of Moore’s work is in comic form, and it is a perfect medium for the madman. He brilliantly works cutting political commentary and social injustices into every tale. If you have always wanted to read Moore, but didn’t know where to begin, here is a primer on getting started in his glorious, gruesome, magical worlds. 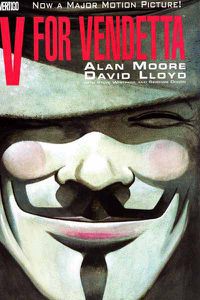 Why not begin at the beginning? It’s a formidable place to start, but there is no easy Alan Moore. He roared onto the comic scene with this post-nuclear war story about an anarchist, V, who dresses in a Guy Fawkes mask and seeks to have revenge on his enemies. A self-appointed revolutionary, V wants to right the wrongs visited upon him during captivity in a camp after the fallout, to bring down the government of the United Kingdom, now a police state, and to provoke the citizens to take a stand with him. Moore’s ability to weave an incredibly detailed, lengthy storyline without ceasing to be fascinating is one of his great skills. 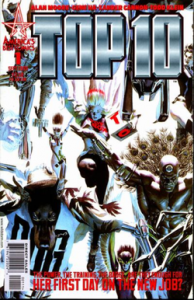 Jumping ahead a bit, by this point Moore had done stories involving established characters (Batman: The Killing Joke, Swamp Thing), as well as historical retellings (From Hell) and his own elaborate work with heroes and antiheroes (Watchmen, which we’ll get back to in a minute). He then takes the superhero genre and turns it on its head with Top 10. The short series revolves around a police precinct (Moore cites Hill Street Blues as an influence) (!!!) in a world where everyone has superpowers and a costume. Crammed tight with references to other superhero comics, this is a fun series that spawned several spin-offs. (Top 10: The Forty-Niners is the best one, imo.)

Anyone who wants to understand Alan Moore needs to read Watchmen. Arguably the greatest comic of all time, Moore’s seminal work is an alternate history of the world, one where superheroes have helped changed the outcome of many famous events, such as world War II, the Vietnam War, and the Watergate scandal. A complex story with a nonlinear narrative, Watchmen jumps around through time and space, starting out with a group of superheroes, now retired, brought together by the murder of one of their own. Each of the group has varying levels and types of powers and not always the purest motives. Woven between the story of the group is a comic-in-a-comic, Tales of the Black Freighter, about a band of pirates. (I divide the world into two groups: people who like the pirate story, and people who don’t. Me, I love it.) Now, saying that Watchmen is about superheroes is like saying Moby-Dick is about a whale, but for brevity’s sake, I’ll leave it at that. This is a miraculous piece of work, which received a Hugo award in 1988, and was the only graphic novel to appear on Time’s 2005 “All-Time 100 Greatest Novels” list.