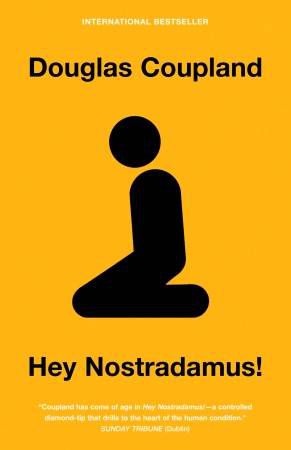 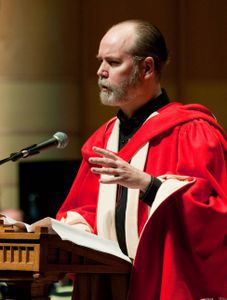 Douglas Coupland is best known in lots of places as the dude who popularized the term “Generation X” to refer to the disaffected post-baby boomers and who coined terms like “McJob” to describe the early adulthood of the Gen X set. He did all this in his first novel, Generation X: Tales for an Accelerated Culture, that made a huge enormous splash in 1991.  Since then, Coupland has written like 12 gazillion books and spearheaded a zoodle of other projects from designing a line of clothing for Roots to the National Firefighters Memorial in Ottawa, ON. Dude is diverse, is what I’m saying.

I’ve been working on Coupland’s writing for a long time — embarrassingly, I once yelled “I have a PhD in you!” at him before being subdued by police (okay, the last part didn’t happen, and maybe that’s a story for a future Book Riot post) — and one thing I hear from people is that Coupland, like any prolific artist, can seem kind of intimidating to approach. Where does one start?

So maybe you haven’t read a Coupland since 1991, or maybe you’ve seen a bunch of stuff about the new Girlfriend in a Coma pilot and you’re wondering about the man behind the story.  Here are my four must-read books for getting a good sense of who Coupland is and how he does his writerly thang. 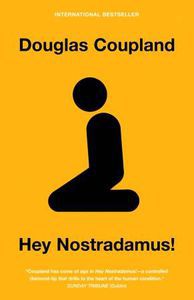 1.  Hey Nostradamus!  I almost always tell people to start with 2003’s Hey Nostradamus! for a few reasons aside from it being one of my favourite all-time reads. First, the story — about a suburban school shooting and its long-reaching aftermath — is really compelling, and the novel is a quick read because of that. Second, it’s a good novel for showcasing Coupland’s ability to carefully and thoughtfully build voice and character, as the novel has four different focalizers with really distinct identities. And finally, it’s an excellent introduction to major Coupland themes like suburban life, faith, spiritual identity, loneliness, and catastrophe.

2.  Souvenir of Canada and/or Souvenir of Canada 2 (and bonus points for watching the documentary film version) (2002 and onwards). Okay, American Lit critics and scholars. This is me throwing down the gauntlet. You all have to stop just absorbing Douglas Coupland into your canon because it’s convenient to do so. To really understand Coupland, you have to understand how a kind of 1960s Canadian centennial nationalism really helped shape his identity and his reading of the world. Souvenir of Canada was a major multi-faceted art project involving books, a documentary, and multiple art installations in Canada and the UK. This touches on another reason why this is a key aspect of the Reading Pathway for Coupland — the visual arts are such a prominent part of how Coupland thinks about the world that to leave any examination out of an examination of him is to miss a significant aspect. Coupland tags this project as a way to explain Canada to non-Canadians, so pick it up and learn a thing or two, eh?

Sometimes, Canada’s sense of itself reminds me of the trilogy of Hobbit movies, in which Frodo keeps the most important object in the entire universe stuck inside the pocket of some shabby trousers or on a string around his neck. For God’s sake, you morons—take better care of the ring! The ring is Canada! 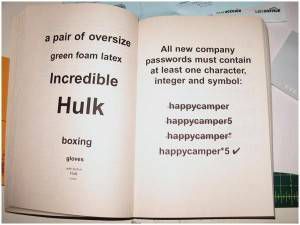 3. JPod.  In 2006, Coupland released what was called the spiritual sequel to 1995’s Microserfs. Set in a Vancouver game design company, JPod is all about the aimless Generation Y slackers picking up where the Generation X folk left off. Most significant to a discussion of Coupland, though, is that Douglas Coupland is a character in this novel. An evil, evil character.  A complete asshole of a character. Seeing how Coupland constructs his own writing process in his fictionalized doppelgänger is revealing, I think. This novel also reflects on another common theme in Coupland’s writing: autism and autism-spectrum disorders.  And finally, because you looked at Souvenir of Canada, you have a good sense of Coupland’s visual perspective and you’ll be ready for the kind of play shown in this image from the text.

4. Okay, the culmination: Girlfriend in a Coma from 1998, one of Coupland’s absolute finest pieces of writing.  All that you’ve experienced so far — loneliness, visual thinking, anxiety, spirituality — is combined in a phenomenal apocalyptic vision of teenagehood suspended and life squandered.  A pregnant teenager slips into a coma and, while waiting for her to emerge, the people around her fail to move on. But what happens with the apocalypse comes while they’re waiting for life to find its own meaning?  It’s beautiful and evocative, sad and sweet, life-affirming and profoundly troubling.  And I’m so jealous of anyone about to read it for the first time.

So that’s my plan for you and Coupland. Hey, do you like these Reading Pathway thingies? Have you thought about supporting our Kickstarter for Start Here Vol 2?  You know, if you dig on this kind of thing.