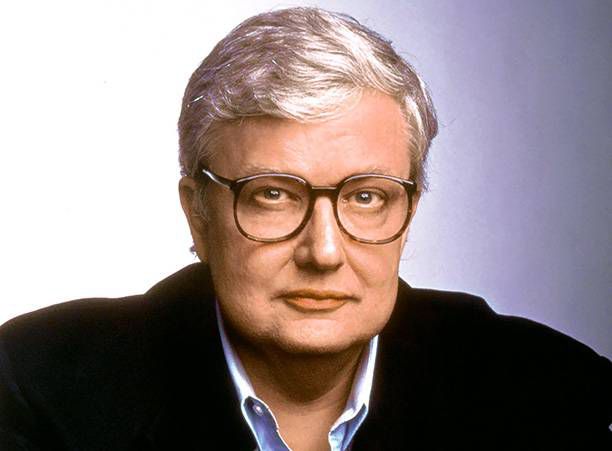 I love reading about movies. Doing so is a confluence of two of my very favorite things in the world, so this makes sense, but the loss of another highly visible (and reliably excellent) movie critic (TIME’s Richard Corliss died recently of complications from a stroke) has me looking to dive into some of my favorite books about the silver screen. There’s something comforting about retreating into a beloved subject in times of loss. Speaking of which, here is a pile of my favorite books about movies (or “the talkies” as I like to call ’em). Pick one (or a few) up and relish the awesomeness. 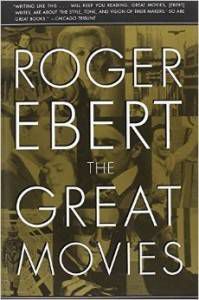 The Great Movies by Roger Ebert

I picked up a nice hardback copy of The Great Movies this weekend, and I can’t recommend it (and the two subsequent volumes) highly enough for movie fans. There’s nothing snooty (ok, almost nothing) about Ebert’s appreciations of the 100 movies he stumps for in the book, even when the movies themselves are especially obscure or challenging. The essays include looks at more familiar classics like Vertigo and 2001: A Space Odyssey and Casablanca, as well as a huge number of less well known pictures. I can’t remember reading a writer whose depthless dedication to a single pursuit shone through more clearly on the page than Roger Ebert. He even loved slamming terrible movies nearly as much as celebrating excellent ones, and he has so much fun with it, the takedowns are sometimes more enjoyable to read than the celebrations. So if hatchet jobs are your cup of tea, pick up I Hated, Hated, Hated This Movie, Your Movie Sucks, or A Horrible Experience of Unbearable Length. Me, I try to keep things on the sunny side, so I’m going to go hunting for a copy of Mr. Ebert’s collected four-star reviews 1967-2007, which should keep me busy watching (and reading) for a good long while. 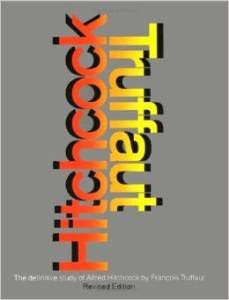 This book-length interview is a fascinating peak behind the Master of Suspense’s curtain. François Truffaut, an iconic filmmaker in his own right, takes us on a walk through Hitchcock’s entire filmography, centering each of the book’s chapters on one of Hitch’s films, in chronological order. I’m a Hitchcock nut, and I’ve read just about everything about him there is to read, but there’s no better book about the man (or maybe filmmaking in general) that I can imagine than Hitchcock/Truffaut. 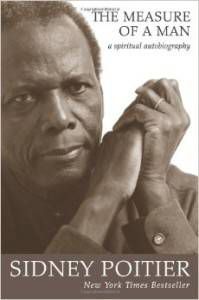 The Measure of a Man by Sidney Poitier

Sidney Poitier is one of the greatest, most groundbreaking actors in film history, and this “spiritual autobiography” explores the life behind his incredible career, from his youth in the Bahamas to his starring roles in some of the most essential films in American history, Poitier examines the values that shaped his choices and his response to the immense challenge of being the most visible black actor working during the civil rights era. Poitier is an impressive dude, whether in front of the camera or not, and if the cross-section of film history, black experience, and personal insight into the two seems like a place you want to read about, The Measure of a Man is a no-brainer. 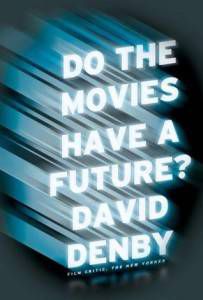 Do the Movies Have a Future? by David Denby

I am not generally a fan of hand-wringing concerns over the future of art forms. Many of them have survived quite a long time without my worry helping or hurting them very much, after all. But David Denby (whose work is most commonly found in The New Yorker) takes care to ground his concerns in far more reality than hyperbole. He wonders about the effect CGI has had on the visceral quality of action films and about the increasing infrequency of serious, mid-budget, studio pictures made for adult audiences. His views may still veer occasionally toward paranoia, but that doesn’t mean he isn’t right. 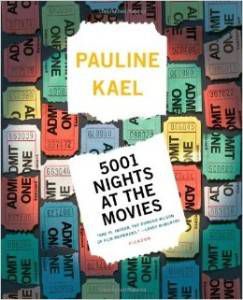 5001 Nights at the Movies by Pauline Kael

Kael is without question one of the most influential film critics ever, and though the work displayed in 5001 Nights isn’t her most in-depth (the book features nearly 3,000 shorter reviews of the kind she long wrote for The New Yorker), it covers such a tremendous amount of ground and points to so many different kinds of films that the brevity of its contents actually work in its favor. This is the sort of book you thumb through when you’ve got a few minutes, when you want suggestions for your Netflix queue, or when you just feel like learning something you didn’t know about the movies. It’s endlessly practical in that way, and since it serves as such a great introduction to Kael’s work, it’s also a door-opener to a much wider world, both in terms of film and Kael’s immense amount of deeper criticism. 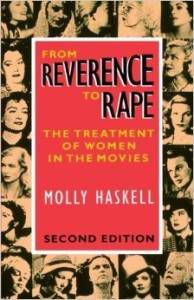 From Reverence to Rape: The Treatment of Women in the Movies by Molly Haskell

If you’ve ever heard the complaint that it was “a weak year for women in movies” or “the Best Supporting Actress race this year is a little thin” and wondered how it’s possible for commentary like that to be possible year after year, this book might clear a few things up. The way women are presented onscreen trickles down to the availability of good roles for women, the value (or lack thereof) of women’s stories in Hollywood, and the bizarre gap in expectations we have regarded gender in the world of film. The title should be a giveaway that the book isn’t a breezy read, but the subject demands a serious examination, which is what it deserves, and is exactly what Haskell gives it.